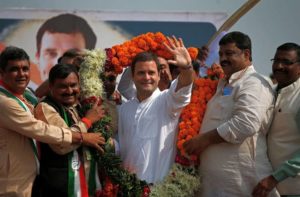 A recent photo of Rahul Gandhi at a poll rally on the outskirts of Ahmedabad. PC. Reuters 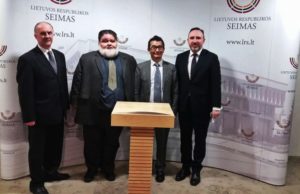 Dharamsala : Deputy Speaker of Tibetan Parliament -in-Exile today congratulated former Vice-president of Indian National Congress Rahul Gandhi on being elected unopposed as its President on Monday and also to Mr Andrius Navickas and group for the new formation of (Seimas) Provisional Group for Solidarity with Tibetan on 17th November 2017.

In his congratulatory letter to Shri Rahul Gandhi, describing the earlier tumulous years of Tibetan struggle, the Deputy Speaker wrote, ‘Prime Minister Pandit Nehru had greatly supported Tibetan cause by taking personal interest in the establishment of separate schools for Tibetans, with the direct support and assistance of the Government of India. India has been an amiable host to the Tibetan people in exile since then.’

He also commended the President of INC for continuing the prominence of the Gandhian family in the Indian national politics and further wrote, ‘Over last 20 years I am equally grateful to you and your party for your precious time to meet with Tibetan Parliamentarians and for extending unwavering supports to the Tibetan cause.’Click here to read the letter to Shri Rahul Gandhi

In his congratulatory letter to Mr Andrius Navickas and group, he wrote, ‘We are honoured to have continued participants from Lithuania in all the WPCT till now and we hope to see you all again in upcoming 7th WPCT.’

He thanked them for their untiring efforts to bring the cause of Tibet into a sense of urgency and requested their support and assistance in encouraging Chinese Government to resume the dialogue between the Chinese authorities and the representatives of His Holiness the 14th Dalai Lama so as to resolve the issue of Tibet soon. Click here to read the letter to Mr Andrius Navickas and Group