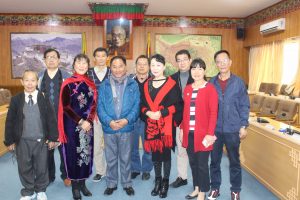 He spoke about the composition, function, sittings of the Parliament and Tibetan Parliament-in-Exile being a unicameral or party less system and its benefits. He also spoke about adoption and amendments of the Charter of the Tibetans-in-Exile, devolvement of political authority by His Holiness the Dalai Lama and answered questions asked by the delegates. 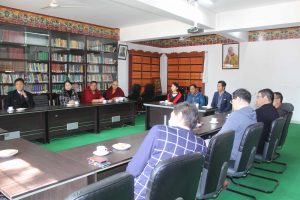 Chinese guests with the standing committee members at the conference hall 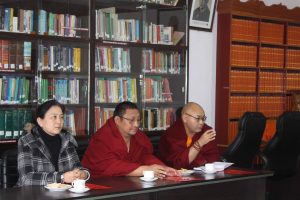 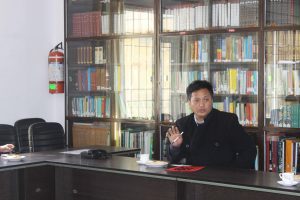 Finally, one of the Chinese delegates gave a poem written by him in Chinese calligraphy about the 60th Tibetan National Uprising day to the Tibetan Parliamentarians. 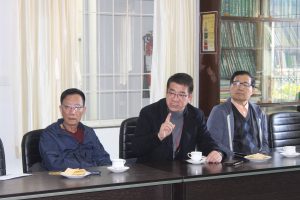 Chinese guests at the conference hall 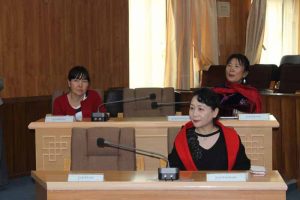 Chinese guests at the Parliament hall