‘His demise is a great loss, not only for his family and India, but also an irreparable loss for the Tibetan struggle,’ says Deputy Speaker Ven. Acharya Yeshi Phuntsok during the memorial service of late. Sh. Satyaprakash Malaviya Dignitaries offers penegyric tributes to the life and work of late Sh. Satyaprakash Malaviya on Nov 15. Tibetan monks reciting prayers at the beginning of the memorial of late. Sh. Satyaprakash Malaviya on Nov 15.

The meeting commenced with the chanting of Buddhist prayers by Tibetan monks from Majnu-Ka-Tila Tibetan Settlement, Delhi. After that a short video on late Satya Prakash Malviya was shown to the audience to honour and celebrate his life and work. Eulogizing the late Minister’s life and work, Deputy Speaker Ven. Acharya Yeshi Phuntsok said, ‘Late Sh. Satyaprakash Malaviya was a man, who not only revered and held in high esteem His Holiness the Dalai Lama, but also someone who has supported the cause and issues of Tibet wholeheartedly. He was a member of All Party Indian Parliamentarian Forum for Tibet (APIPFT) and had been President and Vice-President of India-Tibet Friendship Society (ITFS). He had always graced the programs related to Tibet’s cause with his presence, unfailingly and time and again, addressed and offered counsels on issues regarding Tibet. I personally got the opportunity to meet him for the first time in 1997 and from thereon, I have witnessed his support for the cause of Tibet continue, unabated. His demise is a great loss, not only for his family and India, but also an irreparable loss for the Tibetan struggle.‘ 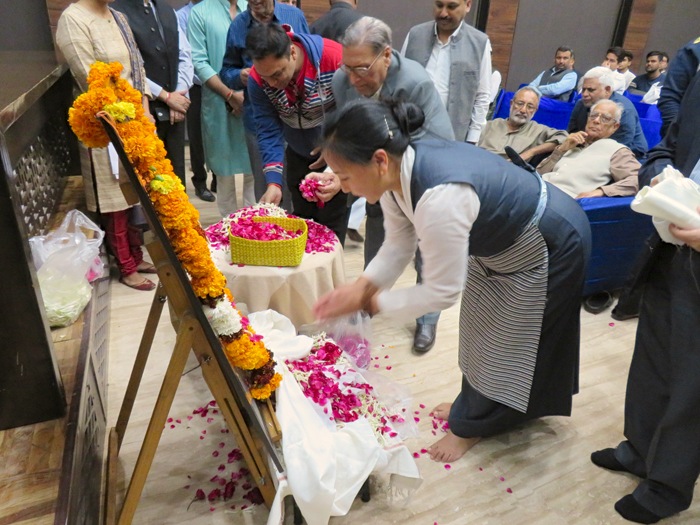 Kalon Dr. Pema Yangchen, who has also attended the memorial, offered her panegyric by stating that she, on behalf of the Central Tibetan Administration, pay deep respect to late Shri Satya Prakash Malviya, who was a staunch supporter of Tibet and actively advocated the cause of Tibet at various platforms for over several decades. She added that, ‘we have lost a long time friend and feel this great loss, deeply.’

Around 300 people attended the memorial and paid their final respect to the late Shri Satya Prakash Malviya. 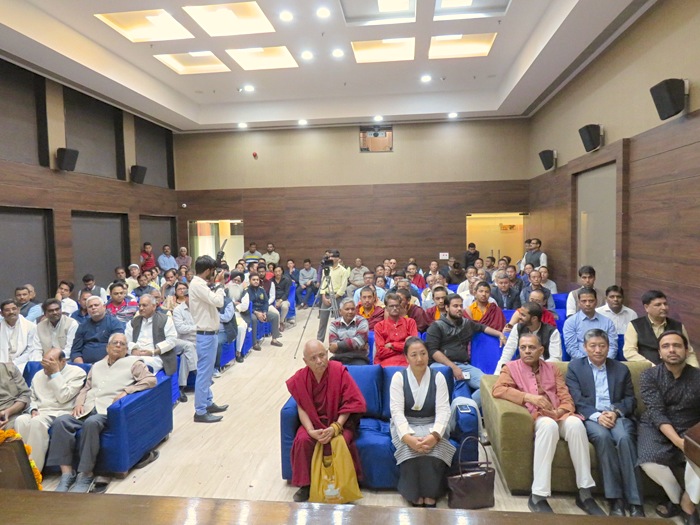