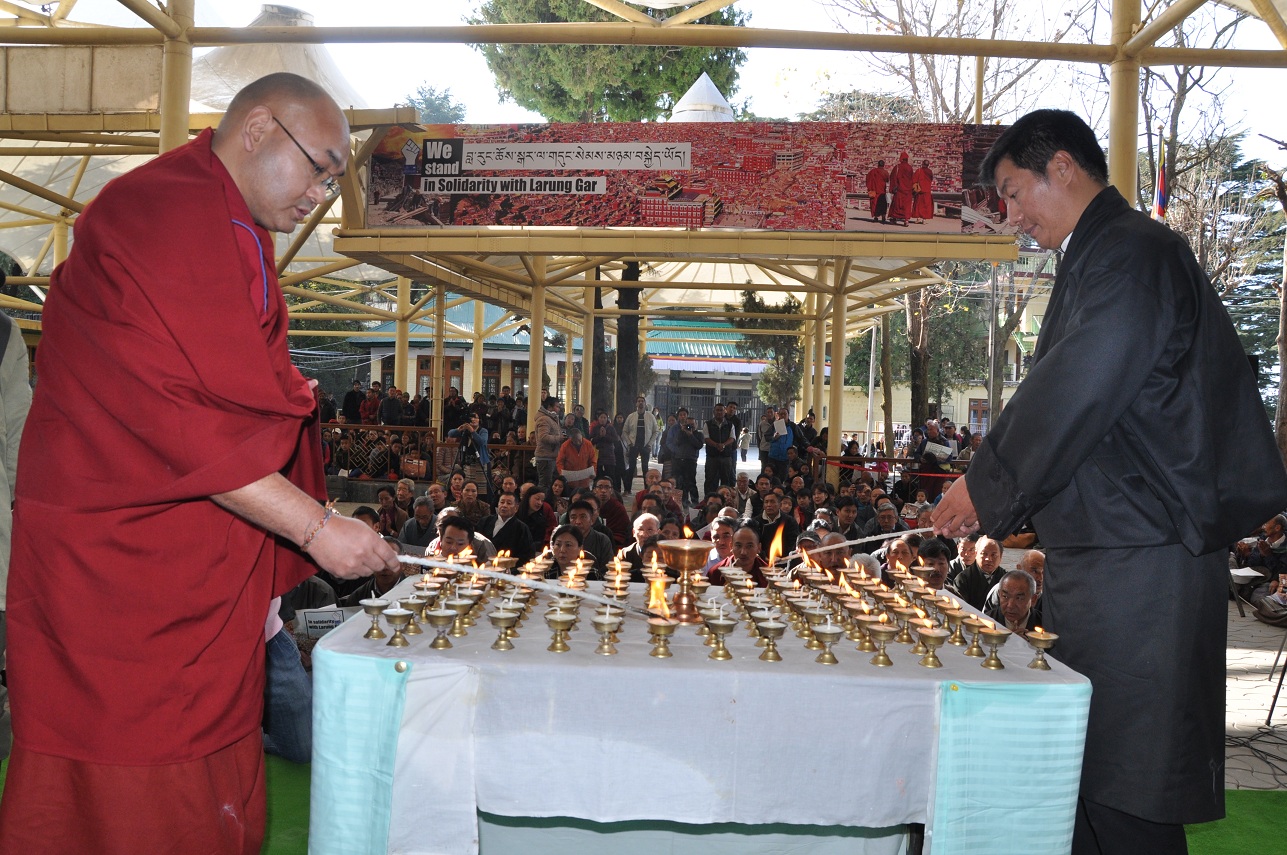 DHARAMSHALA: The Kashag of the Central Tibetan Administration and the Tibetan Parliament-in-Exile today held a joint prayer service to express solidarity with the monks and nuns of Larung Gar and condole the death of latest Tibetan self-immolator Tashi Rabten.

The prayer service was held following the official function to mark the 27th anniversary of the conferment of Nobel Peace Prize on His Holiness the Dalai Lama at Tsuglagkhang.

In his address at the prayer service, Sikyong first conveyed his deep condolences at the reported death of self-immolater Tashi Rabten who set himself on fire on 8 December.

“To pray for all those Tibetans who sacrificed their lives for the cause of Tibet especially the 145 self-immolaters including Tashi Rabten, is our sacred spiritual duty. I hope his aspirations are fulfilled,” Sikyong said. 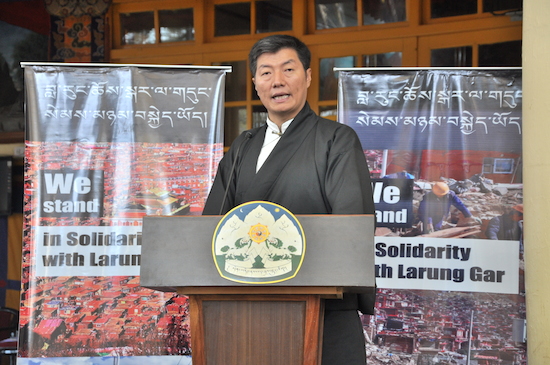 Sikyong also expressed his concern over the deteriorating situation of religious freedom presently prevailing inside Tibet at the moment.

“What we see happening inside Tibet particularly in the case of Larung Gar and Yachen Gar is reminiscent of the bitter experiences of the Cultural Revolution. The three great monasteries of Tibet-Sera, Drepung and Gaden were destroyed and downsized from several thousand monks to few hundreds now. The current destruction of Larung Gar indicates that the other major monasteries in Tibet could face the same tragic fate. We fear that the Cultural Revolution is reviving in Tibet,” Sikyong said.

“Video footage have also emerged of nuns dressed in military uniform, singing songs in praise of the Chinese Communist party. In another video, nuns were seen wailing helplessly watching the send-off of their fellow nuns who were being shoved into buses and sent back to their hometown. These are an insult to the sacred vows these nuns have taken to renounce the samsaric world,” he said, and called on the Chinese citizens to unite their efforts with the Tibetans to condemn the Chinese government for violating these fundamental rights.

Sikyong also called on Prince Zeid, UN High Commissioner for Human Rights, to take immediate action in this case and push for a visit to Tibet to assess and address the pressing situation in Larung Gar. He further called on the new Secretary-General elect of the UN Mr Antonio Guterres to make Tibet a priority once he takes charge and address the issue of Tibet in his inaugural remarks.

Speaker Khenpo Sonam Tenphel of the Tibetan parliament expressed his solidarity and concern over the destruction of Larung and Yarchen Gar monasteries in eastern Tibet. He also condoled the death of latest Tibetan self-immolater Tashi Rabten. 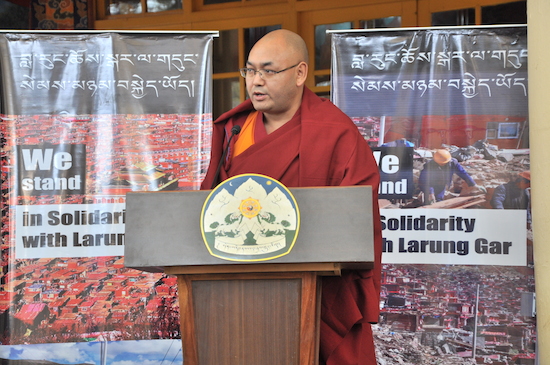 “We must never forget the immense sacrifices that these Tibetans have made with their lives to raise the issue of Tibet. Most of these self-immolaters have died while the status of the rest remains unknown or critical. I pray for their well being and the fulfillment of their aspirations,” he said.

Expressing his concern over the destruction of Larung Gar monastery in eastern Tibet’s Serthar region, he said that “Larung Gar is a highly respected and iconic center of Tibetan Buddhism and a significant heritage center. It is of great importance in terms of Tibetan language, culture and religion and must be treasured and protected. China’s disregard for fundamental freedoms is currently demonstrated in the destruction of large swathe of Larung Gar where the very religious and learning center is reduced to rubble.”

He added that sometimes our prayers and efforts may feel inconsequential in front of China’s might but by the purity of our motivations and through the sheer power of our prayers and efforts, the situation inside Tibet will one day get better and His Holiness the Dalai Lama will be able to return to Tibet soon. Therefore, the most important thing is to never give up our efforts, he noted. 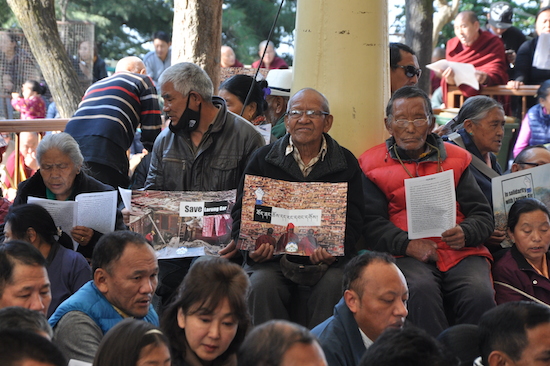 The joint solidarity prayer service was led by monks from the Institute of Tibetan Buddhist Dialectics and attended by at least five hundred local Tibetans and Indians. The service concluded with a soulful rendition of Dentsig Monlam, the prayer of truth.