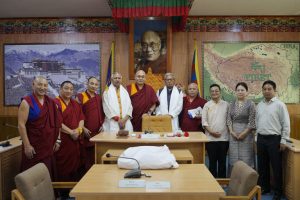 Dharamsala : Speaker and Deputy Speaker of 16th Tibetan Parliament-in-Exile graciously welcomed the member of Rajya Sabha Sh. Gopal Narayan Singh and member of Lok Sabha Sh. Janardan Singh Sigriwal around 10 am in the morning of July 7. 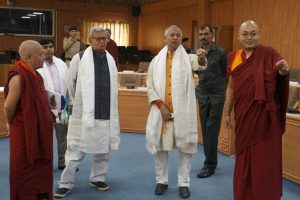 Speaker introducing the members of Indian parliament about the sessions of Tibetan Parliament as they tour the house. (07.07.18 P.C:TPiE)

Speaker Ven. Khenpo Sonam Tenphel expressed his gratitude to the parliamentarians for all the necessity facilitation including education to the Tibetans for almost 60 years into exile by the government and the people of India. He then elucidated them on the critical situations inside Tibet and the significance of Tibet’s ecology, to the world and its neighborhood countries especially India, with Tibet being the major source of rivers in Asia. 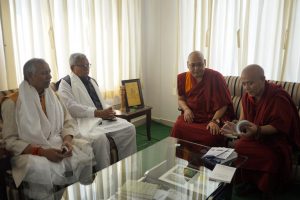 He also spoke on the gradual obliteration of Tibetan race by immigration and  assimilation of Chinese into Tibet by the Chinese government and also on the unavailability of any opportunity for the Tibetan students to study their own unique Tibetan language against the stringent policies of using only Chinese language as a mode of teaching in the primary schools in Tibet as well as on the necessity of Tibetan language for thorough comprehension of Buddhist teaching of Nalanda tradition. While soliciting their continued support for the Tibet’s issue, he said that if the Tibet issue is resolved peacefully, unnecessary expenses on the border and it’s problems will dissipate. While the dignitaries not only assured their solicitude, they also expressed the significance of bringing Tibet’s issue to the notice of Indian people as well. 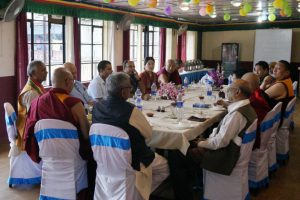 Dignitaries with the members of Standing Committee of 16th Tibetan Parliament-in-Exile during their working-lunch. (07.07.18 P.C:TPiE)

Only July 6th, after the official celebratory program of His Holiness the Dalai Lama’s 83rd birthday at Tsuklakhang, members of the Standing Committee along with the two Indian parliamentarians along with senior members of Bharata Janata Party (BJP), Vijay Jolly, President of Delhi Study Group, Sh. Bhupendra Kansal met for working-lunch Hotel Tibet, Mcleod, organized by the Tibetan Parliament. The respective guests were accorded with souvenirs of Tibetan Parliament-in-Exile. 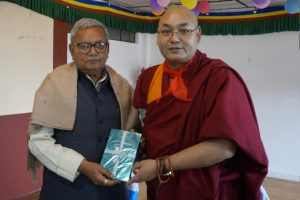 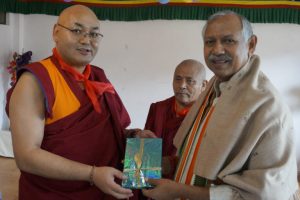 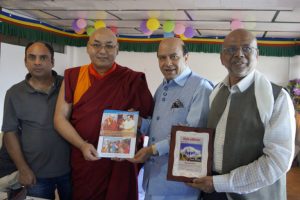 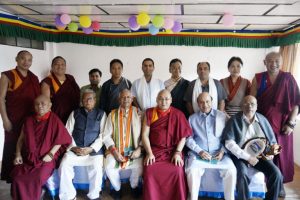 Members of Standing Committee of the 16th Tibetan Parliament with various India dignitaries on July 6, 2018. (P.C:TPiE)