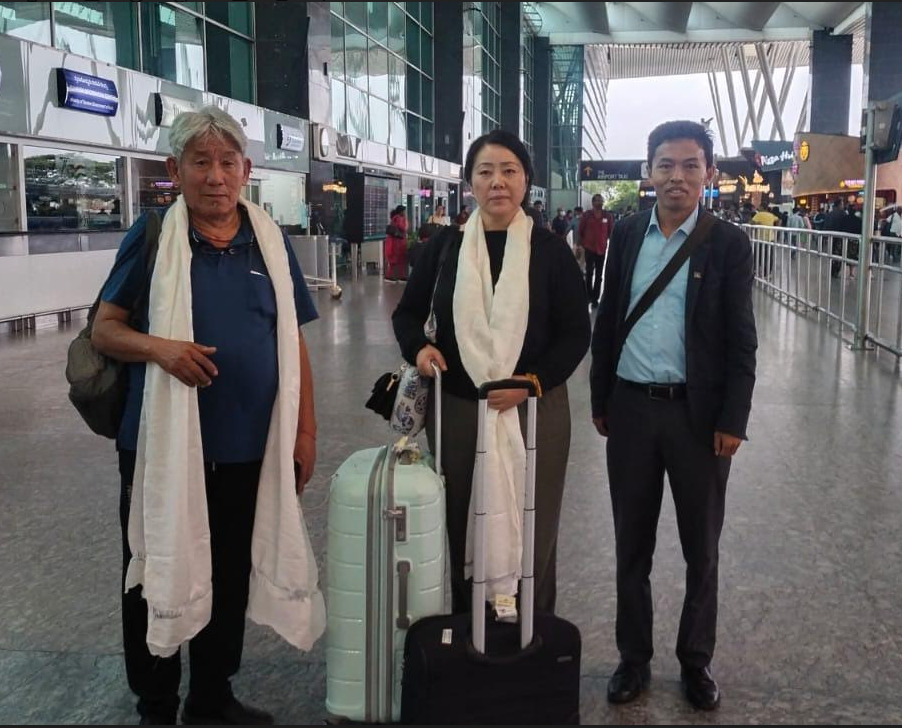 The very next day, Tibetan Parliament members paid a courtesy visit to Shri. R. Narendra, MLA of Hanur along with the Settlement officer Shri Gelek Jungney and other concerned persons. Then a memento was presented to Shri R. Narendra as a gesture of gratitude for his unwavering support to Tibetans in Dhondenling Tibetan Settlement. The visiting Tibetan Parliament members requested MLA for his continuous support. Shri. R. Narendra later offered traditional local garland to the MPs as a token of goodwill. 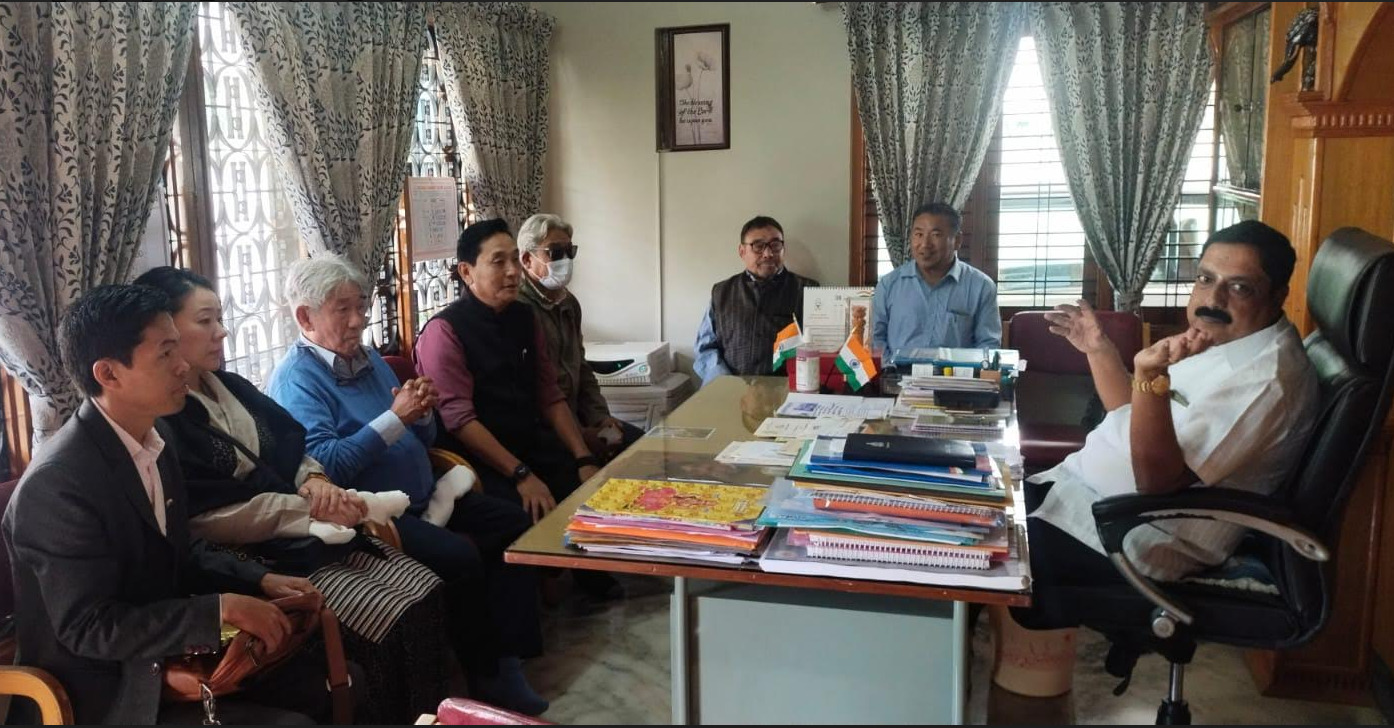 The duo pays visit to Hanur MLA accompanied by TSO and local dignitaries. 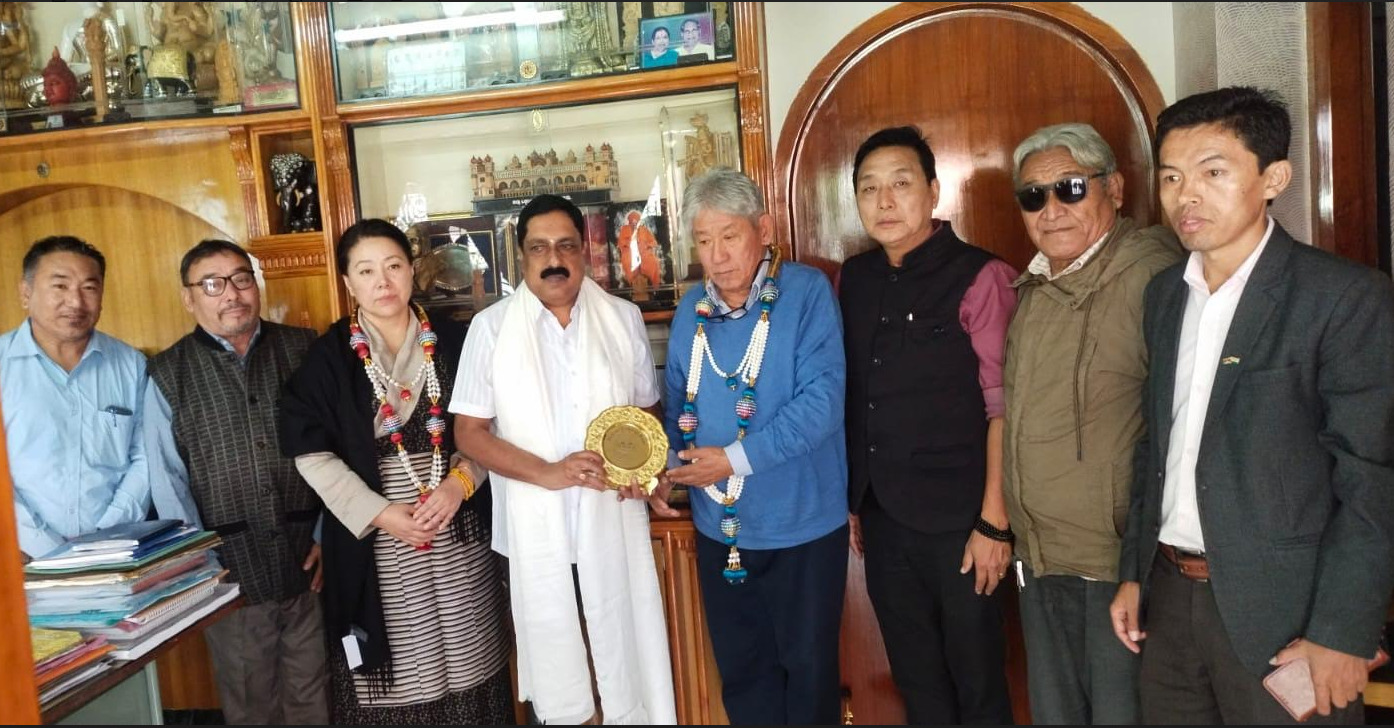 The Parliamentarians present the Hanur MLA with a memento. 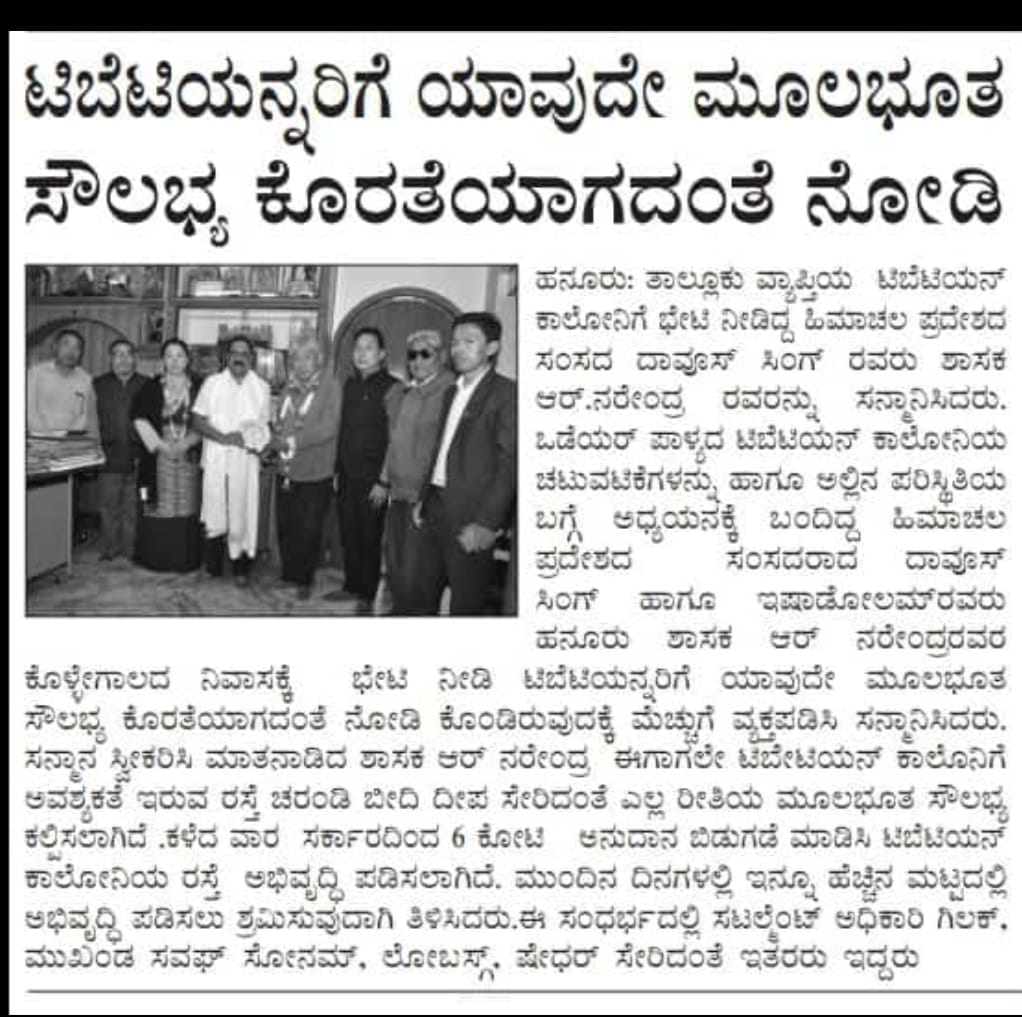 A Newspaper clipping of the parliamentarians’ meeting with the MLA.