Bylakuppee: As per the program of the 17th Tibetan Parliament-in-Exile, Parliamentarians Khenpo Kada Ngedup Sonam and Lobsang Gyatso Sither met with the Tibetan residents of Kerala and visited the Men-Tsee-Khang branch clinic in Kochi. They visited schools, monasteries, and offices in Dikyi Larsoe and met with the residents there. The parliamentarians also paid a courtesy call on Shri. K. Mahadeva, Member of the Karnataka Legislative Assembly. 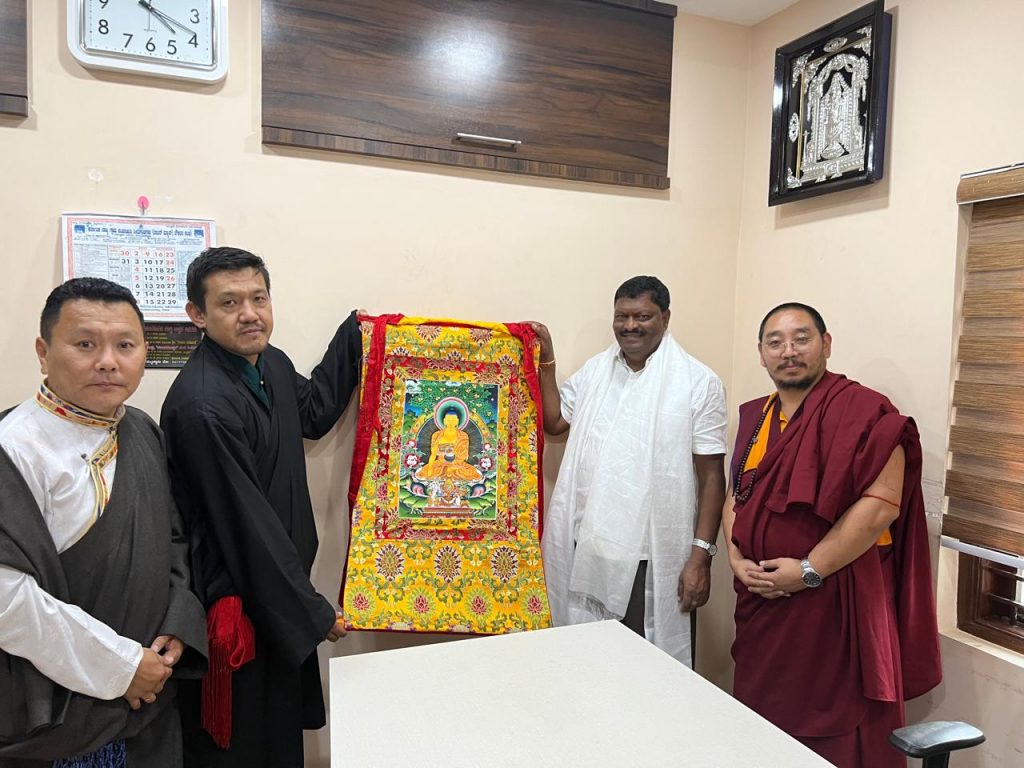 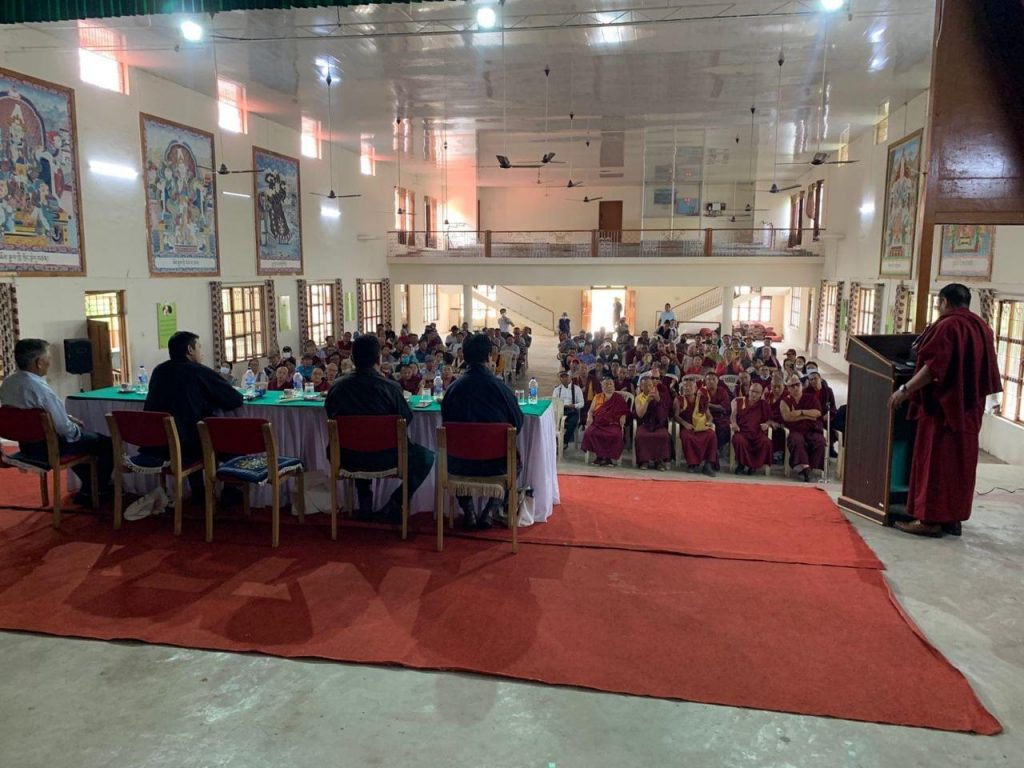 Parliamentarians speaking to the public.

On the 30th of September, the parliamentarians visited the Men-Tsee-Khang branch clinic established in Kochi and met with its doctor and staff. 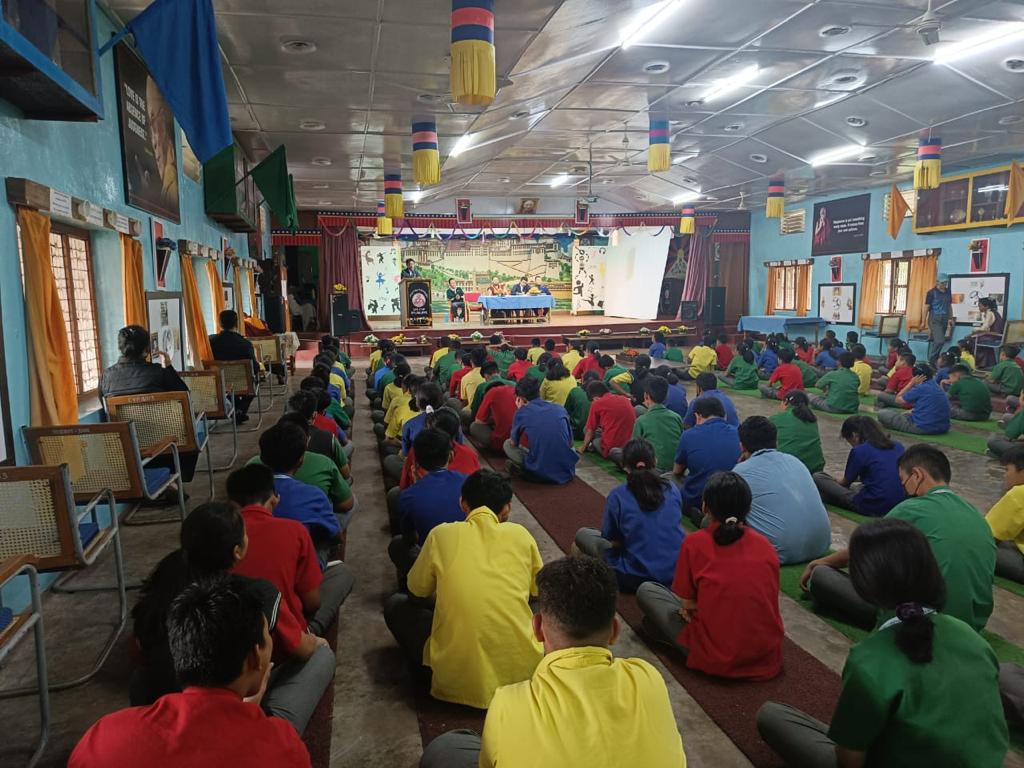 Parliamentarians speaking to the students of STS.

The parliamentarians also visited Sambhota Tibetan School and spoke on the significance of education to the students and teachers there. The Indo-Tibetan Friendship Association hosted a dinner in honour of the visiting Tibetan parliamentarians, including parliamentarians Geshe Atong Rinchen Gyaltsen and Wangdue Dorjee who were visiting Lugsam Tibetan Settlement. They had intensive deliberation on issues related to Tibet and Tibetans during the dinner. 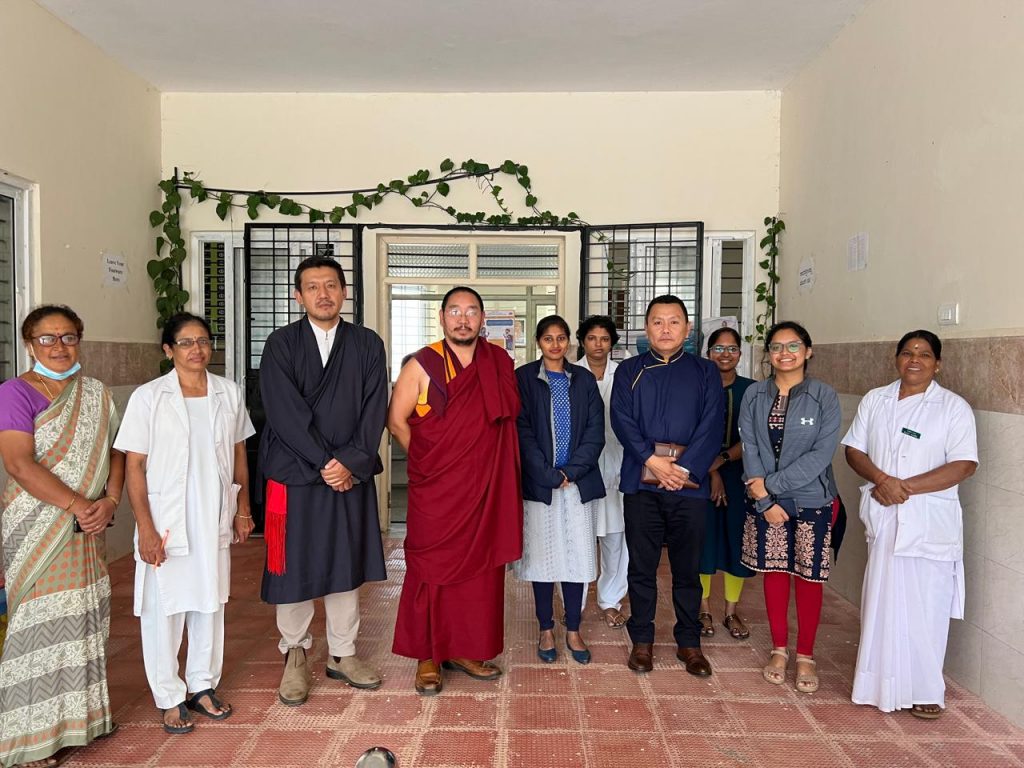 On 2nd October, the parliamentarians addressed the general public of Dikyi Larsoe wherein parliamentarian Khenpo Kada Ngedup Sonam spoke on the great accomplishments of His Holiness the Dalai Lama, policies imposed by the Chinese government on Tibetans inside of Tibet, and the resolutions adopted at the fourth session of the 17th Tibetan Parliament-in-Exile. While parliamentarian Lobsang Gyatso Sither spoke on the status of Tibet’s issue on the international platform and answered questions asked by the public. In the afternoon of the same day, they spoke on the above-mentioned topics to the general public of the Chakur settlement. 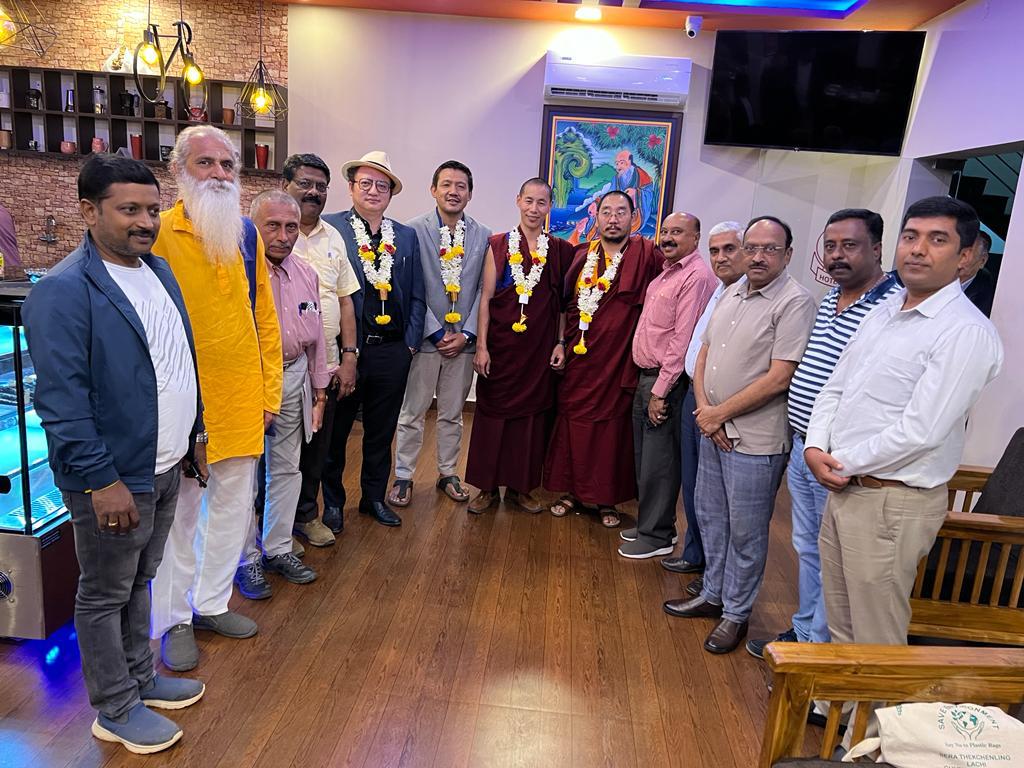 Parliamentarians at the dinner hosted by Indo-Tibetan Friendship Association.

The parliamentarians then paid a courtesy call on Shri. K. Mahadeva, Member of the Karnataka Legislative Assembly, presented him with a thangka (painting) of Buddha. 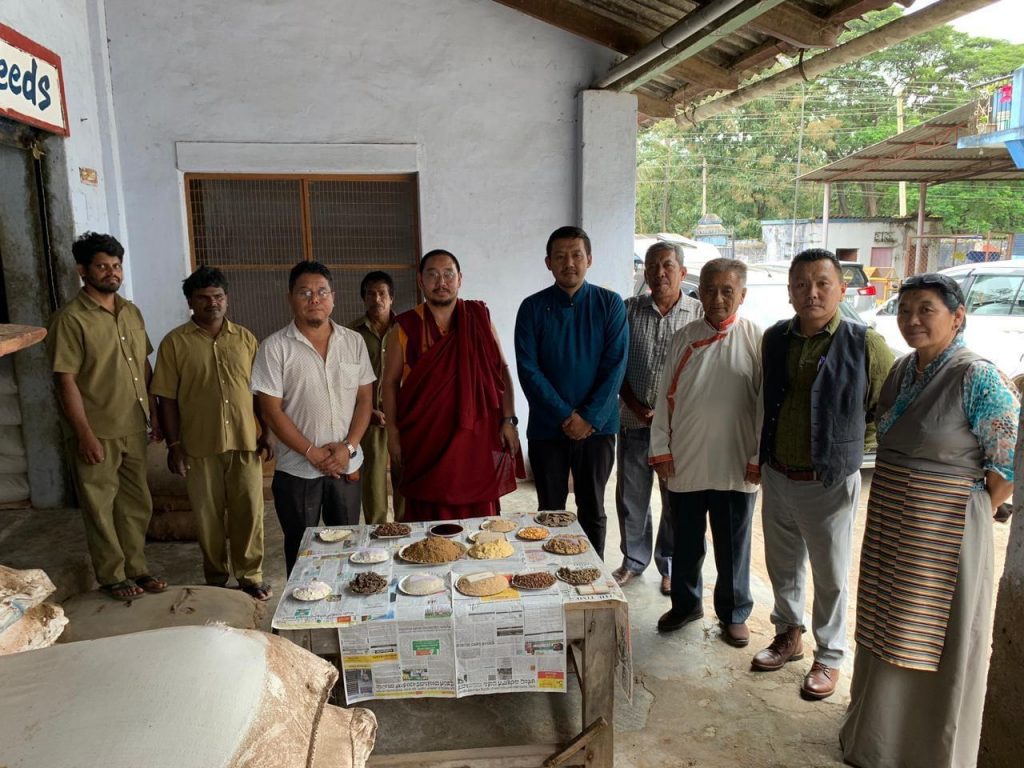 On 3rd October, the parliamentarians visited the cooperative society office, Regional Tibetan Freedom Movement office, camp office, Dairy production office, kinder garden, Tso Jhe hospital, and others in Dikyi Larsoe. The Settlement Office and Tibetan Cooperative society jointly hosted a dinner in honour of the visiting parliamentarians and they were presented with thangka of White Tara. 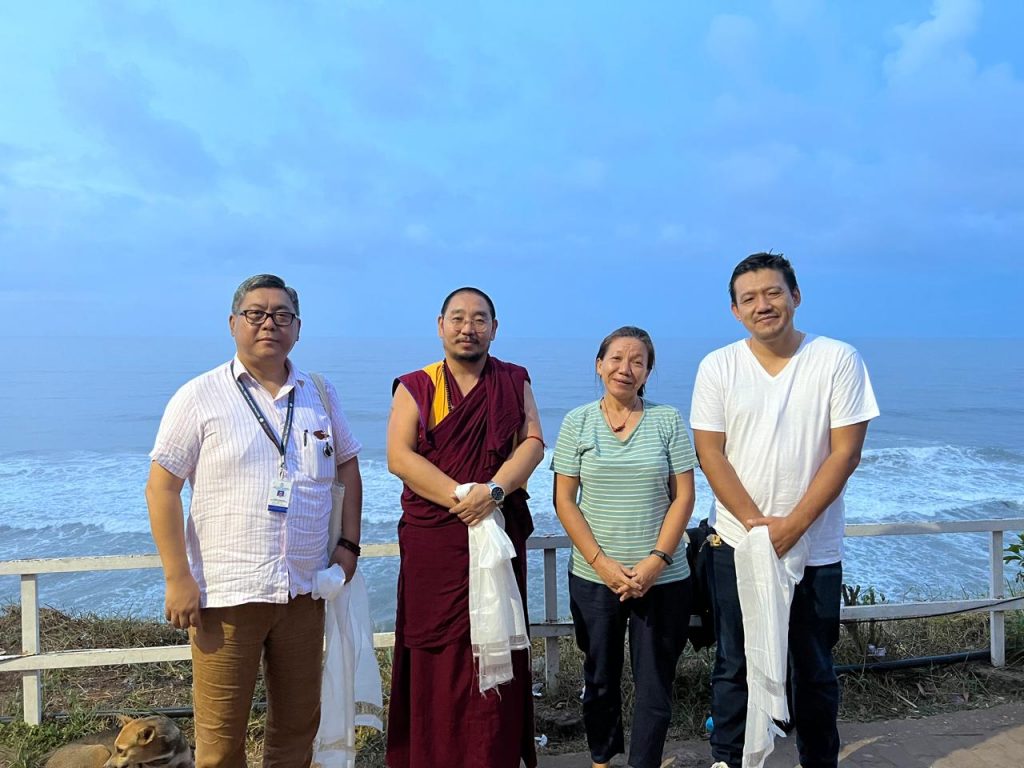 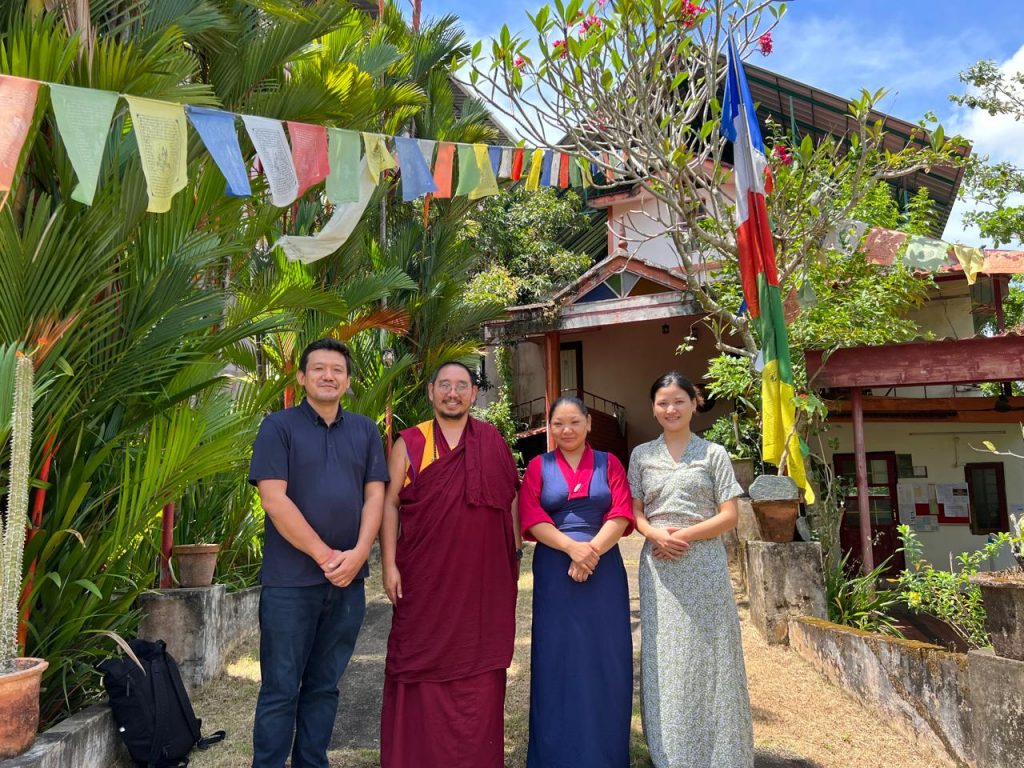