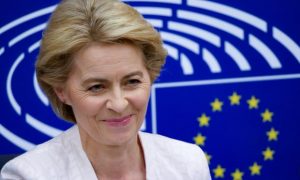 He wrote, “European Union played an important role in bringing harmony in the world and has contributed to the advancement of peace and reconciliation, democracy and human rights in Europe as well as international scenario.”

He took this opportunity to proffer his gratitude to European Union for the support to the Tibetans by adopting resolutions on Tibet cause, human right violation inside Tibet and to resume dialogue between the Chinese government and the envoy of His Holiness the Dalai Lama, and for organizing hearings on Tibet.