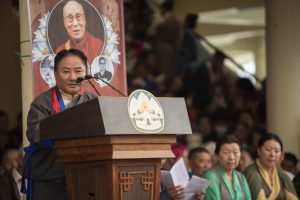 On the 5th day of the 5th month of the Tibetan Wood-Hog Year which corresponded to the 6th day of July in the universal calendar year 1935, the compassionate embodiment of all the Buddhas; the spiritual master of all the teachings of the Buddha on this earth; the one who bears great affection for all sentient beings, the champion of world peace and the visionary leader of Tibet, His Holiness the Great Fourteenth Dalai Lama was born at Taktser in the Tsongkha area of Domey Province of Tibet to Choekyong Tsering and Dekyi Tsering. His Holiness the Dalai Lama has now attained 85 years of age according to Tibetan traditional calendar and 84 years of age by the universal calendar. In keeping with the auspiciousness of this festive occasion, the Tibetan Parliament in Exile, on behalf of all Tibetans in Tibet and in exile, offers ardent prayers and good wishes to His Holiness the Great Fourteenth Dalai Lama of Tibet.

On this auspicious occasion, we take the liberty to recall a small part of the tremendous contributions made by His Holiness the Dalai Lama. The prophecies of the deities and lamas along with the power and effect of the kindness and concerns of the previous Dalai Lama enabled the discovery of the reincarnate His Holiness the Fourteenth Dalai Lama. Soon after being recognized, His Holiness was escorted from his birthplace of Taktser in The Tsongkha area of Amdo Province to Lhasa, the capital of Tibet in the year 1939. His Holiness was ushered to the high golden throne held aloft by the five fearless snowlion figures in the Potala palace on the 14th day of the 1st month in the Tibetan Iron-Dragon Year in the universal calendar year of 1940. He not only excelled in both listening and contemplating aspects of Buddhist philosophy but also earned his Geshe Lharampa degree in the year 1959. Meanwhile, the communist Chinese army began its invasion of Tibet from the country’s eastern border areas in the year 1949. The political situation in the country became critical with direct threat of Chinese occupation. At only sixteen years of age, His Holiness the Dalai Lama assumed full temporal power and spiritual leadership of the country on the 17th day of November in 1950 in accordance with the prayers and requests from all corners. In keeping with the precedence set by Tibet’s ancient kings, His Holiness the Dalai Lama made efforts to maintain a relationship of friendship and peaceful coexistence with neighbouring China. At the same time, His Holiness the Dalai Lama especially set up a Reform Office with a view to bring transformative changes to Tibet’s political and social structure. This included exempting the poor citizens from having to repay their old debts. However, the reform efforts were repeatedly thwarted by the occupying Chinese government. When in 1959 communist China took complete and direct control over the entire territory of Tibet, His Holiness the Dalai Lama had no other option but to flee into exile to the neighbouring sacred land of India.

Immediately after setting foot on Indian soil, His Holiness the Dalai Lama embarked on the challenging task of realizing the restoration of the freedom of his homeland. For this purpose, he initiated establishing schools, settlements, and religious centres in exile for the Tibetan people which helped in building a flourishing Tibetan exile community. His Holiness established a Tibetan government in exile, known today as Central Tibetan Administration which is now fully democratic in all its aspects. To resolve Sino-Tibetan dispute in a peaceful and mutually beneficial way, His Holiness articulated a Middle Way Approach. Governments of many countries as well as other entities both private and public across the world continue to extend high level of support for his approach. Many Chinese intellectuals and others from mainland China have been also voicing their support for the Middle Way Proposal put forward by His Holiness the Dalai Lama. This approach is fully in keeping with the reality of the current situation and remains an exceptionally admirable initiative from His Holiness the Dalai Lama for the resolution of the Sino-Tibetan dispute.

Having especially resolved to turn the system of governance in the exiled Tibetan community into a fully democratic one, His Holiness the Dalai Lama, in 1960, newly established a Tibetan Parliament in exile. In 1961, an outline of a democratic constitution for a future Tibet was brought out. This was followed, in 1963, by the promulgation of the text of a fully democratic constitution for a future free Tibet. In 1991, Tibetan Parliament in exile became a democratic legislative body. In keeping with this transformation, His Holiness, on the 28th of June in 1991, affixed his seal of assent to the Charter of Tibetans in Exile which was debated and adopted by the 11th Tibetan Parliament in exile. With the adoption of the Charter, organizational entity of the Tibetan people in exile was transformed into a fully democratic one rooted in the system of rule of law. In the year 2001, in keeping with the directive issued by His Holiness the Dalai Lama, the Kalon Tripa of the Central Tibetan Administration was directly elected by the Tibetan public. The development marked a major forward movement in the exile Tibetan democratisation process. In accordance with his vision and future well being of the Tibetan people, His Holiness in 2011 ended nearly 400 years of undisputed temporal and spiritual leadership of Tibet by the Gaden Phodrang by devolving all his political and administrative powers to the leaders elected by the Tibetans in exile. As a result, the Central Tibetan Administration of the Tibetan people is being run today as a fully democratic system with a high level of efficiency. This has won him the hearts and minds of many impartial observers across the world and their admiration and respect for him continue to this day.

His Holiness the Dalai Lama’s four commitments in this life has been of infinite benefit to all sentient beings and his kindness and compassion can never be repaid. Therefore, it is of utmost importance that we the Central Tibetan Administration, the non-governmental organisations, as well as the general public commit ourselves to being dedicated disciples of his four commitments. The accomplishments of His Holiness the Dalai Lama in carrying out those four commitments have earned him hundreds of awards and prizes, including the globally renowned Nobel Peace Prize in 1989, the United States Congressional Gold Medal in 2007, and the John Templeton Award in the United Kingdom in 2012.

Likewise, in today’s era of progress and predominance of Science, His Holiness the Dalai Lama has put forth the concept of Buddhist Science and established connections between Buddhism and modern science, holding frequent dialogues and discussions between the two. This has led to a number of unprejudiced eminent scientists to take interest in carrying out researches in the field of Buddhist Science. In their researches, they have reached conclusions and recorded findings that relate with the Buddhist understanding that in order to realize a world made up of happy societies primacy needs to be given to develop a sense of compassion which is, in fact, already inherent in a human being. Today everyone recognizes and reveres His Holiness the Dalai Lama as the undisputable leader who champions the cause of compassion as a universal responsibility.

We are indebted to His Holiness the Dalai Lama for all that he has done for the Tibetan people including his steadfast commitment to resolve the issue of Tibet through dialogue based on a mutually beneficial middle way approach. The dictatorial Chinese leadership has not only turned a blind eye to it but also continues to vilify His Holiness the Dalai Lama. Despite that, His Holiness the Dalai Lama has not wavered from his commitment towards finding a mutually beneficial solution to the Sino-Tibetan dispute. This is the reason why across the world, government leaders, Parliamentarians, and numerous prominent public figures have repeatedly urged the leadership of the government of China to enter into peace talks to resolve the Sino-Tibetan dispute with His Holiness the Dalai Lama or his representatives. In this connection, it bears noting that His Excellency Mr Terry Branstad, the United States Ambassador to China, concluded a visit to the Tso-ngon area and Tibet’s capital Lhasa in May this year by emphatically reiterating the call on the government of China to enter into unconditional talks with His Holiness Dalai Lama or his representatives as a way to find a solution to the issue of Tibet. During the 7th World Parliamentarians’ Convention on Tibet held in Riga, capital of the Baltic republic of Latvia from the 7th to the 10th of May this year, participating lawmakers from across the world as well as other prominent figures spoke with one voice to declare that Tibet was never a part of China; that the most appropriate method for resolving the Sino-Tibetan dispute was through the mutually beneficial Middle Way Approach. Therefore in their resolution the participants, among other things, voiced strong support for the Tibetan people’s aspiration for a meaningful autonomy in the governance of their homeland and on that basis recalled their reiterations of calls on the government of the People’s Republic of China to enter into unconditional dialogue with envoys of His Holiness the Dalai Lama.

It has been 60 years since Tibet was forcefully annexed by the communist government of China, resulting in His Holiness the Dalai Lama and thousands of Tibetans to flee into exile. The government and people of India with whom Tibet had deep cultural ties since ancient times, have been most generous in extending every possible assistance and facilities to the Tibetan people during this difficult time. Our feeling of gratitude to the central and state governments as well as the people of India knows no bounds. We also take the opportunity provided by this auspicious occasion to express our heartfelt gratitude on behalf of all the Tibetan people to the governments of countries, their leaders, civil society organizations as well as private individuals across the world who have lent support to the issue of Tibet.

Finally, we fervently pray that His Holiness the Dalai Lama may live for a hundred eons; that all his wishes may be seen fulfilled with spontaneity and in all speediness.

The Tibetan Parliament in Exile

* In case of any discrepancy between this English translation and its Tibetan original, the latter should be considered as authoritative and final for all purposes. 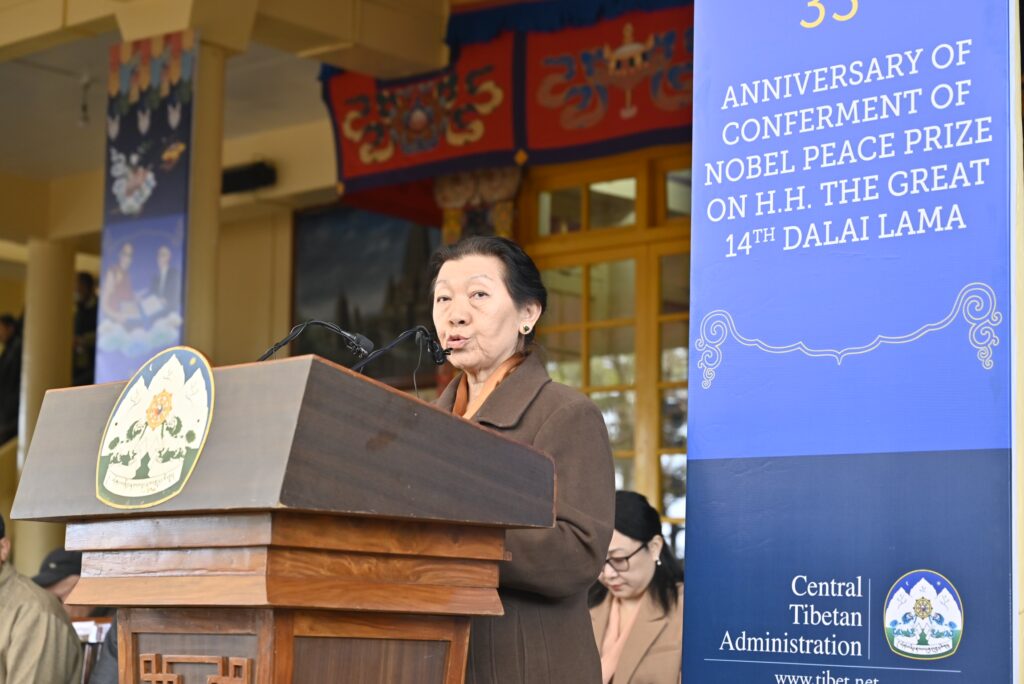 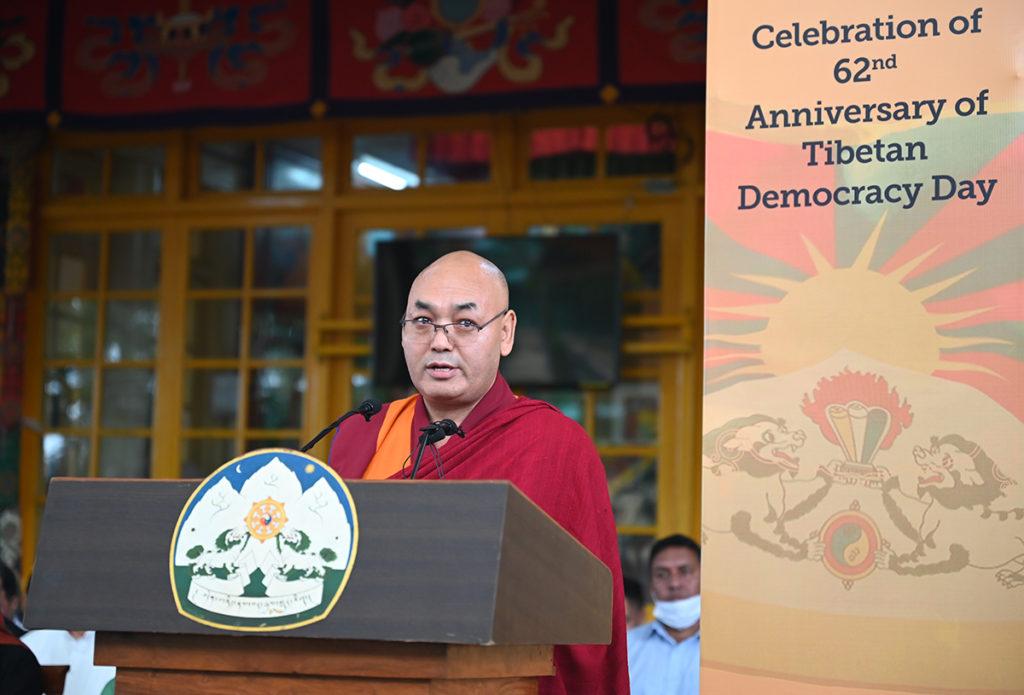 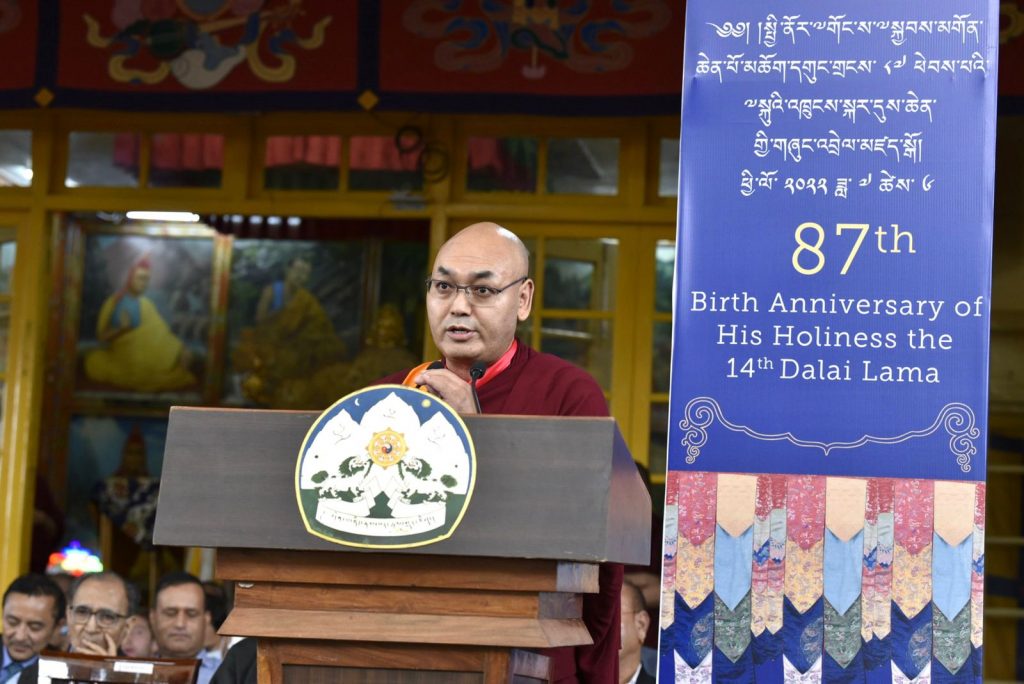