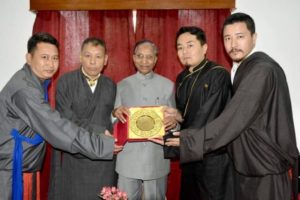 Gangtok: The Tibetan parliamentary delegation, consisting of parliamentarians Mr. Dawa Phunkyi, Mr. Tsewang Tashi Bhara, Mr. Lobsang Choejor, and Mr. Sonam Norbu Ratsa, who was scheduled to visit the capital city of Sikkim, Gangtok from Oct 5 to 11 to advocate for Tibet and its issues, reached Gangtok in the evening of October 3.

Upon their arrival, they were received by the Settlement Officer, Gangtok, Chairman of Local Tibetan Assembly, Gangtok and representatives from six different local Tibetan Non-governmental organizations. 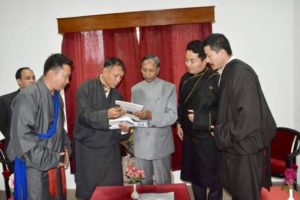 The delegation presents the Governor of Sikkim, Shri Ganga Prasad with publications related to Tibet and its issues by the Tibetan parliament in exile Oct 4.

The delegation met with the Governor of Sikkim, Shri Ganga Prasad and local dignitaries Mr. Pintso Chapel Lepcha, MLA Gangtok on 4th October. In the afternoon, they met Gangtok State Secretary, Shri Tsegyal Tashi, IAS Secretary-cum-State Relief Commissioner. The delegation updated them about the crucial situation inside Tibet, the Middle Way Policy of Central Tibetan Administration, an overview of Sino-Tibetan dialogues and the welfare of Tibetans living in Exile. Moreover, they urged state dignitaries to strongly continue their support to the cause of Tibet. 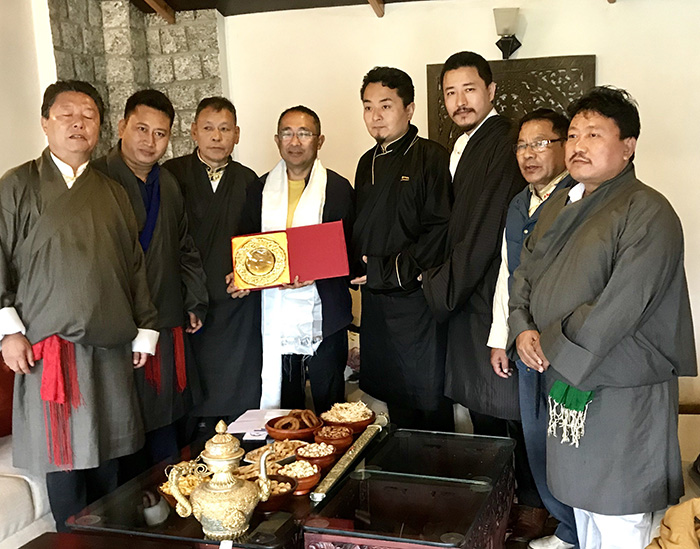 The State dignitaries have sincerely applauded the visions and commitments of His Holiness the 14th Dalai Lama and so they expressed their genuine interest to stand in solidarity with Tibet Issue.

The delegation will be at Sikkim till October 9th and will continue to meet with other dignitaries. 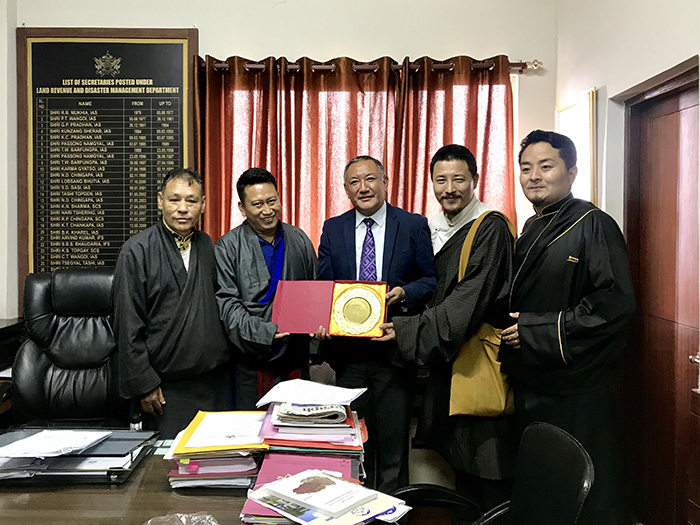