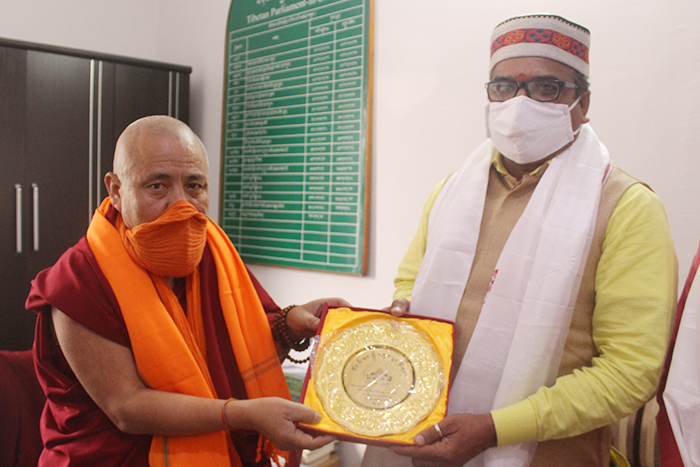 The Deputy Speaker greeted the Sangathan Mantri and members of Uttar Kshetra Vishwa Hindu Parishad with traditional Tibetan scarves and presented them with TPiE souvenirs. During their conversation with him, the Deputy Speaker made them aware of the 154 self-immolations and other protests held against the oppressive Chinese regime by the Tibetans living in Tibet, CCP’s coercing of Tibetans into mass labour camps, Tibetan plateau turned into a war zone, and other alarming situation pertaining to Tibet. Likewise in exile, the issue of Tibet has piqued global interest under the leadership of His Holiness the great 14th Dalai Lama receiving worldwide support from various international communities like International Tibet support groups, world parliamentary support groups for Tibet, etc. 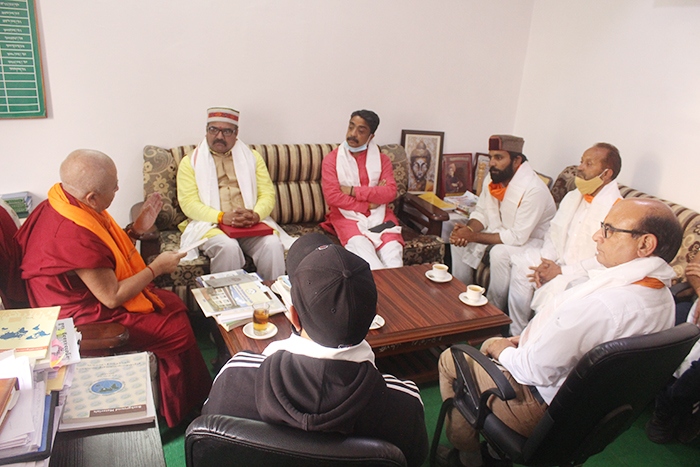 The Deputy Speaker urged for Sangathan Mantri Mr. Mukesh and members’ continued support for Tibet at this crucial time when anti-Chinese sentiments are escalating amongst international communities with the emergence of COVID-19 from Wuhan city of China which has now become a pandemic causing problems and difficulties to the entire world population and additional troubles caused at the Indo-China border. Especially, to follow the lead of Late Shri Ashok Singhal, the former President of Vishwa Hindu Parishad, who had received audience with His Holiness the Dalai Lama and supported Tibet issue with utmost dedication.

At last,they took a tour of Parliament hall with the Deputy Speaker. 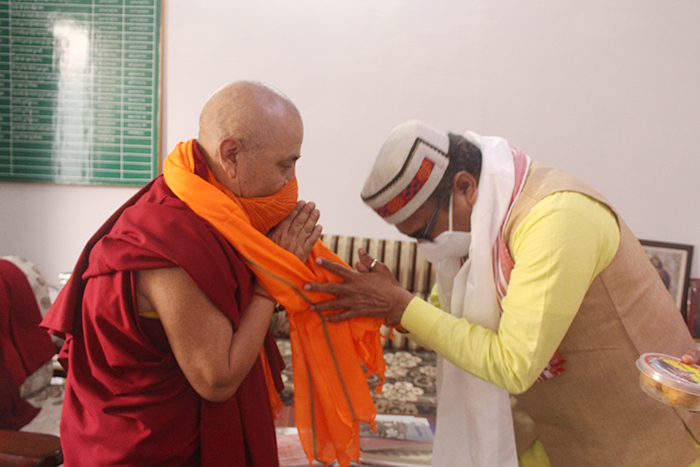 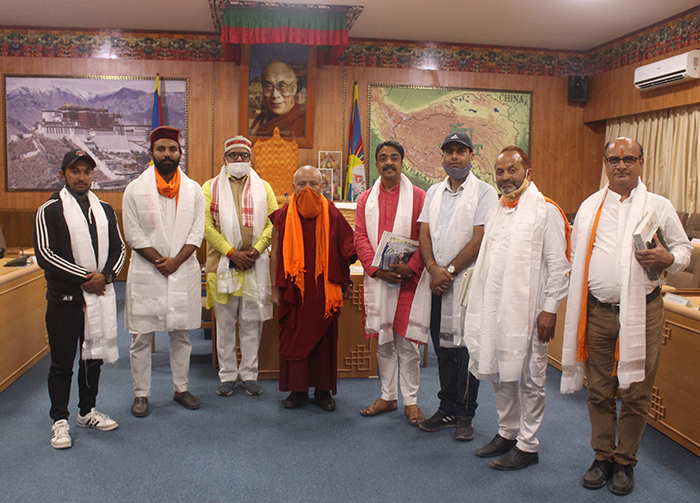 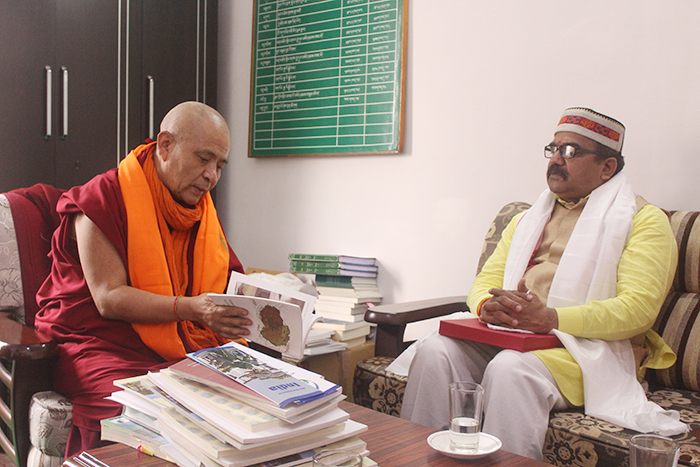