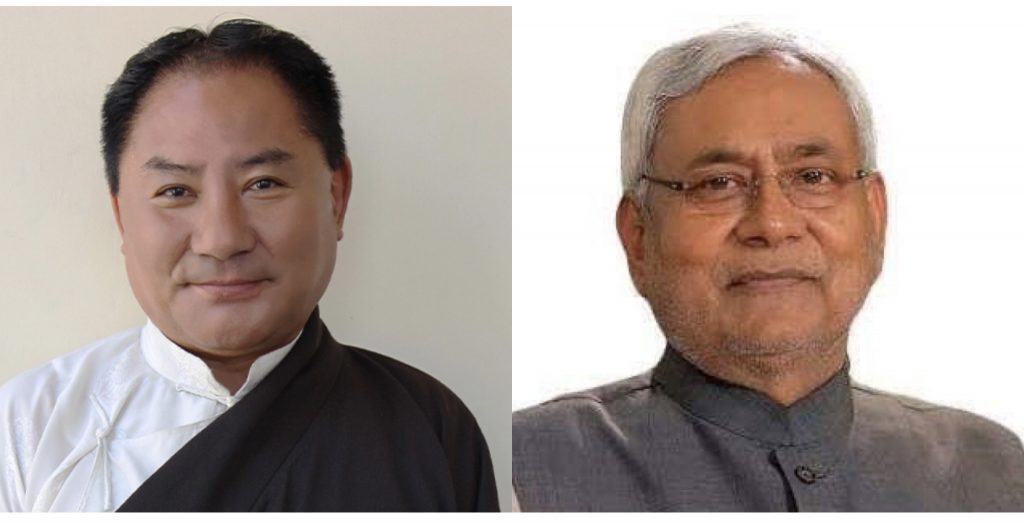 Dharamsala: Speaker Pema Jungney on behalf of the Tibetans in and outside Tibet and the 16th Tibetan Parliament-in-Exile, extended his heartiest congratulations to Bihar CM Nitish Kumar on being re-elected as the Chief Minister of the Bihar State for the fourth consecutive term.

Greeting the CM of the coalition victory in the State Assembly Election, the Speaker wrote, “Honorable Sir, you are very much aware and well-informed about the situation of Tibet. It has been more than 6 decades that India has been a home for us and we are truly indebted to India for its unconditional kindness and support rendered to us. Following the ideology and footsteps of the great leaders, including Ram Manohar Lohia Ji, Jaiprakash Narayan Ji and George Fernandez Ji, You have continued to support Tibetans and its cause steadfastly. We are very grateful for all the support that you have provided us.”

“Once again on behalf of the 16th Tibetan parliament in Exile, I congratulate you on the coalition win and wish you the best in fulfilling the aspirations of the people of the state.”

The Speaker concluded by writing, “I hope and look forward to our parliament delegation to meet your honorable sir in the near future.”