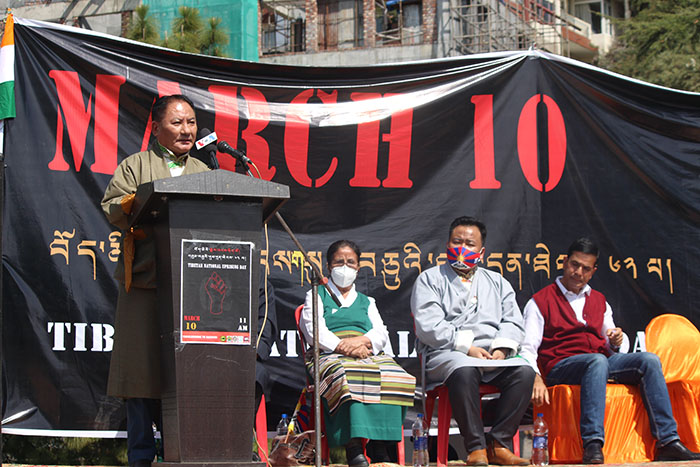 The event organised by the Tibetan NGOs was attended by the Chief Guest Speaker Pema Jungney of the Tibetan Parliament-in-Exile, Special Guest President Ajit Nehrai of Indo-Tibetan Friendship Association (ITFA), heads of the five Tibetan NGOs, and Tibetan residents of Dharamsala.

Speaker started his address by paying his deep reverence to His Holiness the great 14th Dalai Lama, and by greeting people present there. Commemorating the momentous day, the Speaker emphasized the historical importance of the event that occurred 62 years ago on this particular day when Tibetans rose in an unprecedented act of peaceful protest against the communist China’s rule. We, Tibetans, have protested and has been protesting against the regime of the People’s republic of China for its brutal persecution of the Tibetans, and the protest started especially when they plotted to harm His Holiness the Dalai Lama. This vital protest is being continued and will be continued by us.

After the usurpation of Tibet by China, Tibet’s religion, language, customs, and environment have witnessed unimaginable destruction and Tibetans have faced brutal violence and torture, which are still escalating with each passing day. What we then used to call a ‘cultural revolution’ is happening real in Tibet today. Therefore, it is of utmost importance for us Tibetans to keep the Tibetan struggle alive without losing hope. We, both governmental or Non-governmental organizations have to use different platforms to campaign for Tibet’s issue and encounter hardships caused by the People’s republic of China.

The adoption of Tibetan Policy and Support Act 2020 by the American government is a great achievement for the Tibetans, which became possible because of many individuals, originations, and so forth. Therefore, we should strive to bring such kind of policy in other countries which support truth.

As the peace march protest was about to commence, the Speaker advised people gathered there to be attentive of the slogans used while protesting as it should voice the true aspirations of Tibetan people. He also advised people to deliver the clear longings of Tibetans in any future protest or campaign which will be broadcasted through different mediums without any misinterpretation to the people of the world and to the People’s republic of China. Speaking on the importance of organizing campaigns, the Speaker advised Tibetan students or general Tibetans living with Indians in India or with other nationalities in different countries to use the platform to do their bits in spreading awareness on Tibet’s issue. Tibetans should resolve the issue of Tibet irrespective of the difference in one’s political stand as Tibetans conflicting with Tibetans on the basis of individual’s political stand is worthless. With upholding different political stands, we should work together for the common cause of Tibet. 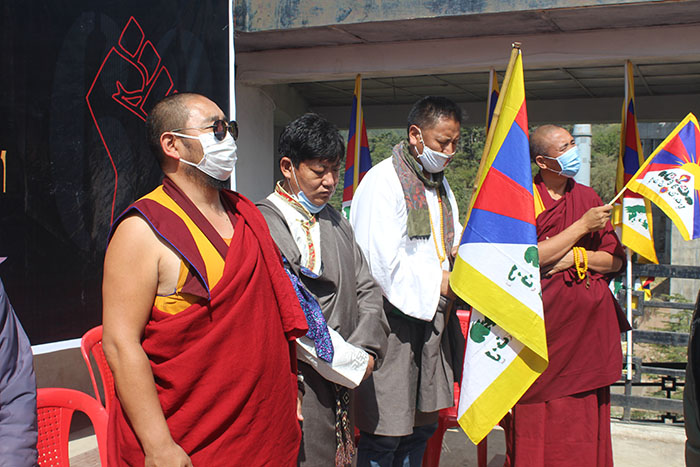 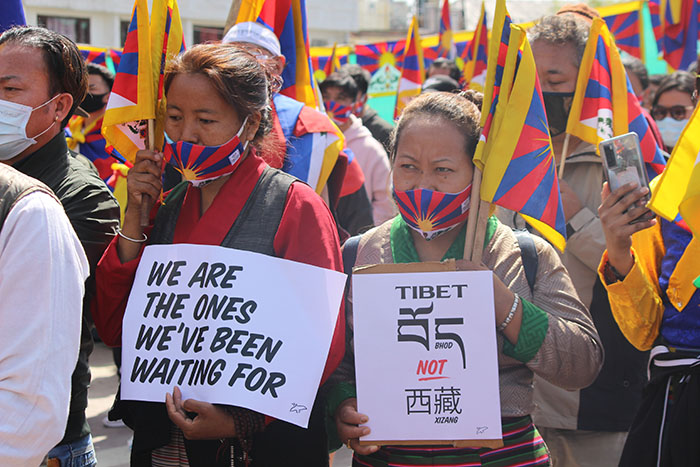 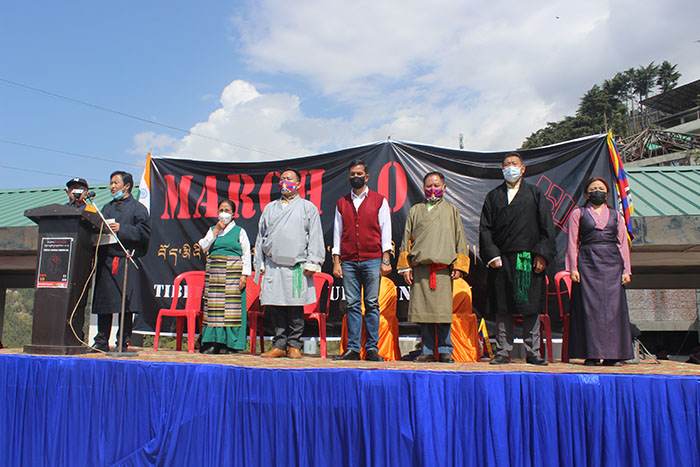 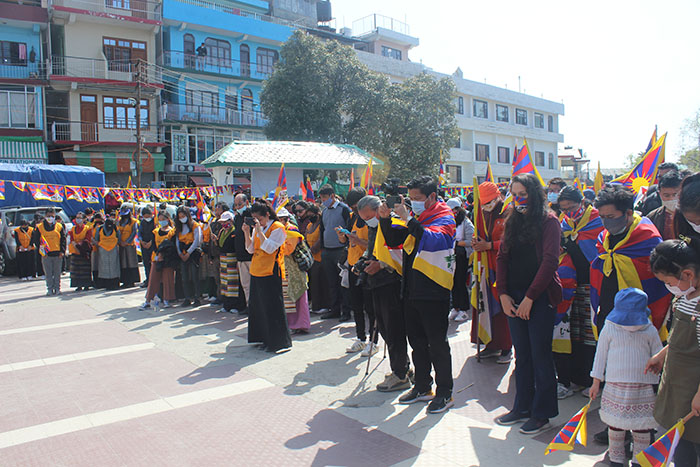