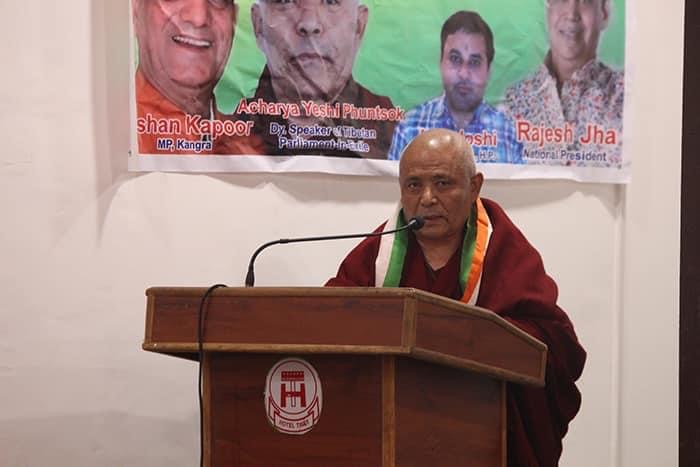 Prior to the Pre-Republic Day celebration, the National President Shri Rajesh Jha of Salute Tiranga organisation along with other guests visited the Tibetan Parliament-in-Exile. Deputy Speaker Acharya Yeshi Phuntsok received them at his chamber and elucidated on the evolution of Tibetan democratic polity, the All Party Indian Parliamentary Forum for Tibet (APIPFT), International Network of Parliamentarians on Tibet (INPaT), consecutive World Parliamentary Conventions on Tibet (WPCTs), and resolutions passed on Tibet’s issue around the world.

The Deputy Speaker further made them aware of the 155 self-immolations and other protests held against the oppressive Chinese regime by the Tibetans living in Tibet, CCP’s coercing of Tibetans into mass labor camps, and presented each of the publications from TPiE. Thereafter, the guests visited the Parliament Hall, met Finance Kalon of the CTA, and then paid a visit to the Library of Tibetan Work and Archives (LTWA) and Tibetan Medical and Astro Institute (TMAI).

Shri Rajesh Jha mentioned that from his earlier meeting with the Deputy Speaker at the Tibetan Parliament, he has learnt about ‘Save Tibet, and Save Himalaya’ by Shri Jayaprakash Narayan (an Indian independence activist), Tibet’s issue raised in both Rajya Sabha and Lok Sabha of the Indian Parliament by numerous Parliament Members, and various matters concerning to Tibet’s issue.

Deputy Speaker Acharya Yeshi Phuntsok began his address by greeting all the guests present there on behalf of the Tibetan Parliament-in-Exile. Out of 250 nations of the world, there are 12 nations which do not have democracy. Tibet is one of the 35 countries to lack basic freedom. Irrespective of nations possessing freedom or not, every nation has four elements or characteristics of a Nation-State i.e population, territory, government, and sovereignty. Other important factors like symbols of a nation-state viz. national flag, national anthem, the national language, national emblem, and national day which are common requirements for all the nations. India has these characteristics of a nation.

Even with all the characteristics of a nation, Tibet was usurped by the communist China and Tibetans had to live in exile. Tibetans in Tibet, irrespective of their age, are protesting against the Chinese regime carrying portraits of His Holiness the Dalai Lama and Tibetan national flag. Led by His Holiness the Dalai Lama there are around 1 lakh and 50 thousand Tibetans living in exile and more than 4 million Tibetans are still inside Tibet. In the past 61 years, Tibetans living in exile have been able to bring Tibet’s issue on the global platform with the blessing of His Holiness the Dalai Lama, support from Indian government, and hard works of the elder generation. Tibet’s issue today has reached far across the world because of the support from Indian government and Indian people.

When Tibet was an independent nation, India-Tibet relation in terms of religion, language, culture, border, and business was at its pinnacle. Tibet is a source of fresh water to India and other neighbouring countries, and the relation between India and Tibet has historical backing, not something that has emerged after coming into exile. Indian government and its people have been supporting Tibet’s issue for a long time, for which the Deputy Speaker expressed his gratitude on behalf of all the Tibetans living in Tibet and in exile.

Even with the pandemic and restriction on gathering due to it, many people have gathered there and shared the Salute Tiranga’s vision of organising a big conference on Tibet’s issue in the near future, for which the Deputy Speaker expressed his gratitude. He further urged the guests present there to apprise the acquired knowledge on Tibet to the Prime Minister of India, and urged for their continued support.

This pandemic caused by COVID-19 which originated in Wuhan city of China has caused loss of millions of lives and financial deficit. The damage caused during this pandemic is worse than the Second World War. This pandemic has also made people of the world aware of the hardline policies of China and its hostile behaviours, and gained more Tibet supporters, even though Tibetans have been highlighting the adverse situation of Tibet under China for a very long time. Likewise, India’s border dispute with China will not resolve until the issue of Tibet is resolved as India’s security is directly linked to Tibet’s issue. Many brave soldiers have sacrificed their lives for the country, one of which is late Nyima Tenzin from the Special Frontier Force who was martyred at the border last year.

The program successfully concluded with a thank you note from Tibet supporter Shri Rishi Walia. 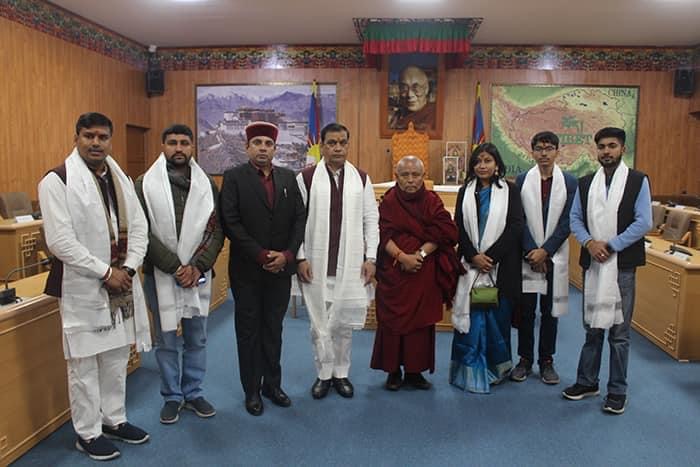 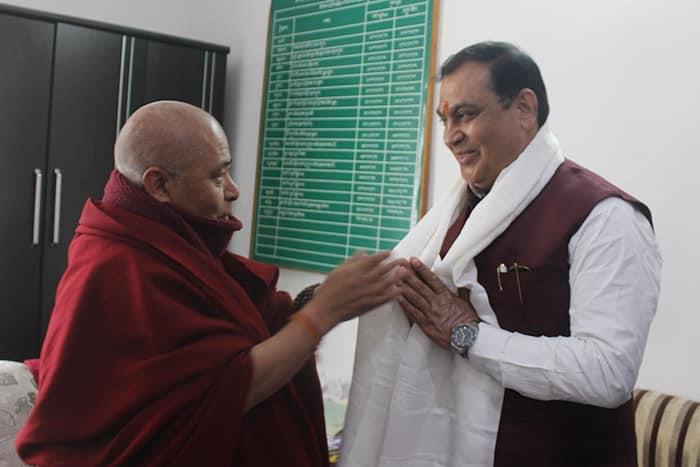 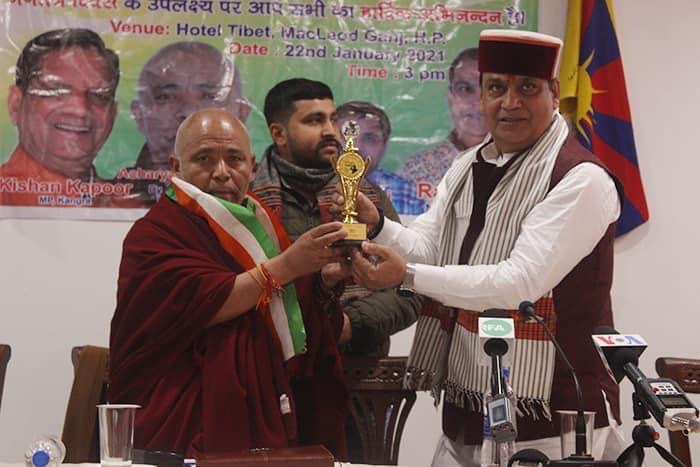 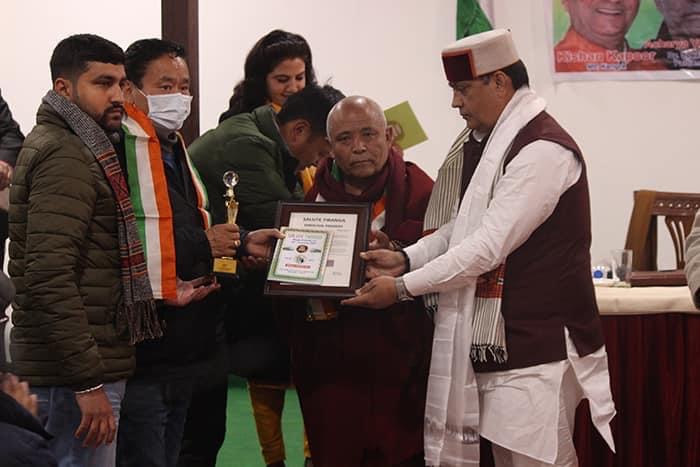 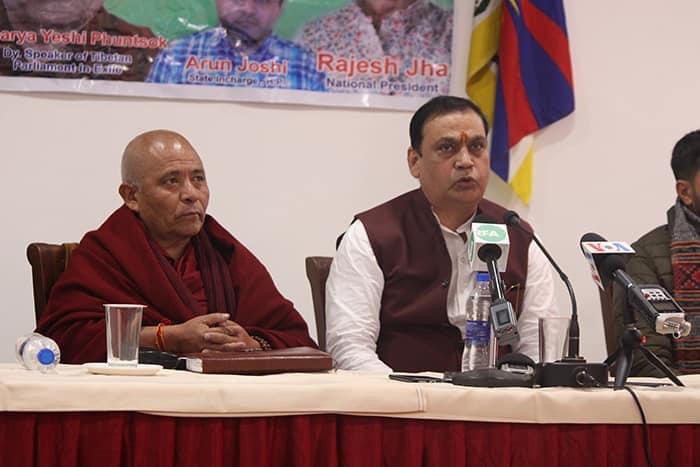 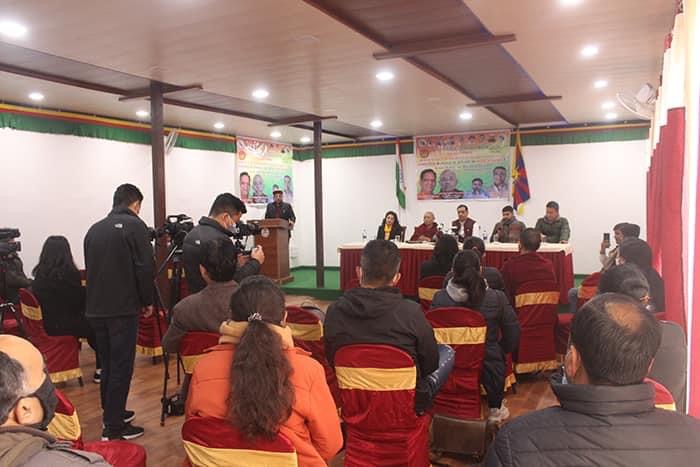