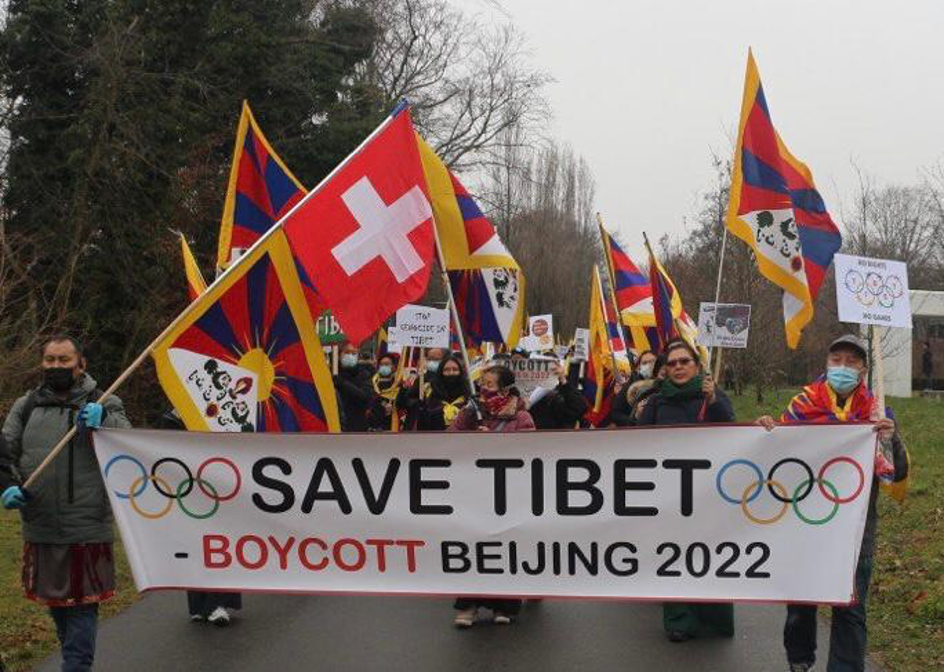 Lausanne: In accordance with the resolution passed by the Tibetan associations of Europe on 19th December 2021 in Paris, France, around 700 Tibetans and Tibet supporters from Europe under the guidance of Tibetan Parliamentarians Thubten Wangchen and Thupten Gyatso from Europe and the Tibet Bureau Geneva held a mass protest at the IOC headquarters in Lausanne, Switzerland against the 2022 Beijing Winter Olympic Games on 3rd February 2022. They handed over a joint letter to the International Olympic Committee (IOC) expressing their profound disappointment in letting Beijing host the Olympics.

With the singing of the Tibetan national anthem and observing a minute of silence in solidarity with the Tibetan martyrs, the peaceful protesters marched from IOC headquarter street to Olympic Museum covering almost three kilometers.  The mass protest organized by Tibetans Communities of Switzerland and Liechtenstein was attended by Tibetans living across Europe, the Regional Tibetan Youth Congress, the Tibetan Women Association of Swiss, and Tibet supporters from different countries of Europe.

Taking part in the protest, Mr. llias Panchard, the Municipal Councillor of the city of Lausanne (Greens) reaffirmed the Green party’s continued support and solidarity with the people of Tibet and Uyghur. Representative Chimey Rigzen of the Tibet Bureau, Parliamentarian Thubten Wangchen, Parliamentarian Thupten Gyatso, and the Representative of Uyghur Association spoke at the protest.

Apart from that Ms. Karma Choekyi (the President of the Tibetan Association of Swiss) and heads of other Tibetan NGOs based in Swiss spoke at the protest.

On the next day, 4th February, the Tibetan Parliamentarians paid a visit to the Tibet Bureau in Geneva and were briefed on numerous important matters. Later on the same day, the Parliamentarians along with the representative and staff of Tibet Bureau attended an interactive session after the public screening of the film ‘Leaving Fear Behind’ by Mr. Dhondup Wangchen.

With the meeting venue arranged by Ms. Karma Choekyi and Mr. Tenzin Wangdue, the President and the Vice-President of the Swiss Tibetan Association, the Tibetan Parliamentarians on 5th February met with the President and members of the Sans Papiers Association, an association that assists Tibetan immigrants without proper documents, and some Tibetan immigrants discussing their problems and ways to address them. The Parliamentarians assured to follow up with the development that would come up with their cases. 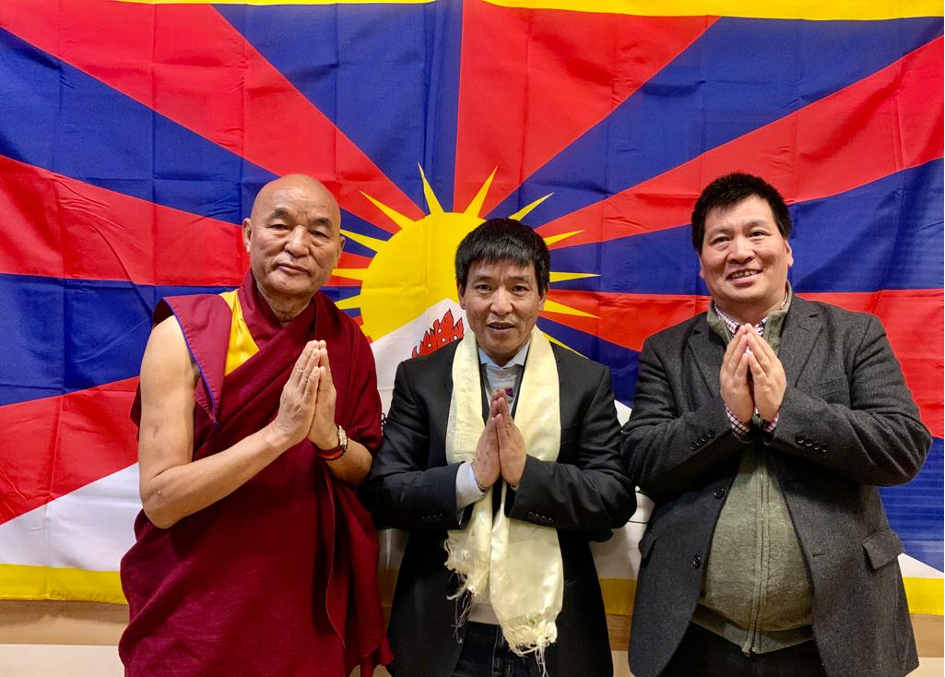 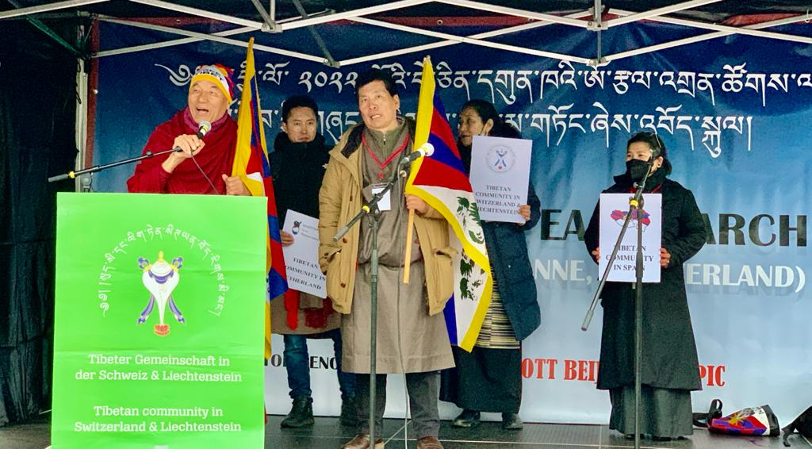 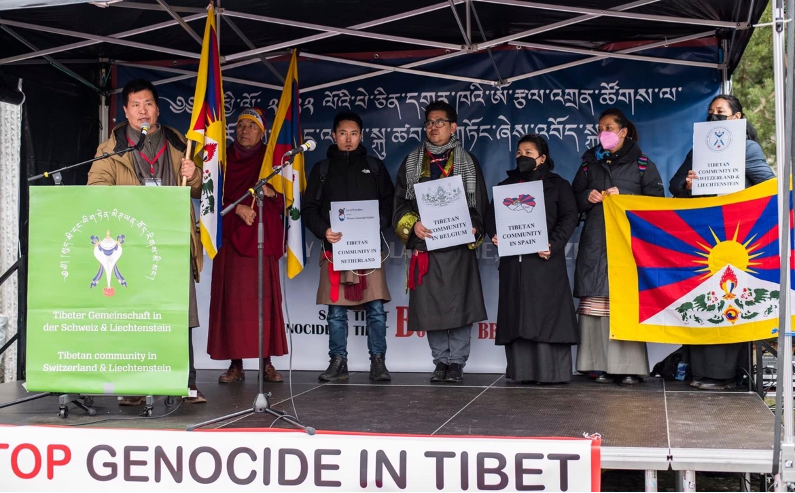 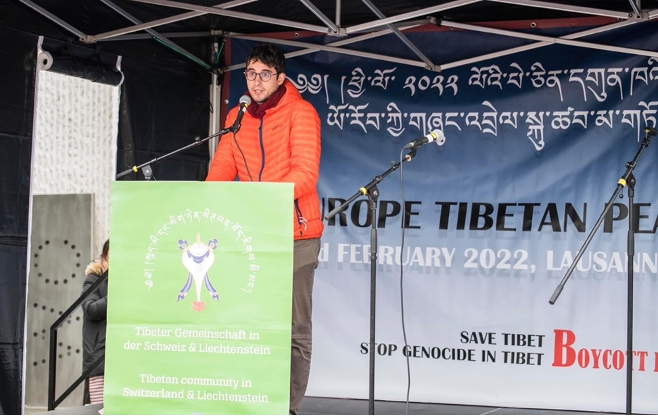 Mr. llias Panchard, the Municipal Councillor of the city of Lausanne (Greens), speaking at the protest. 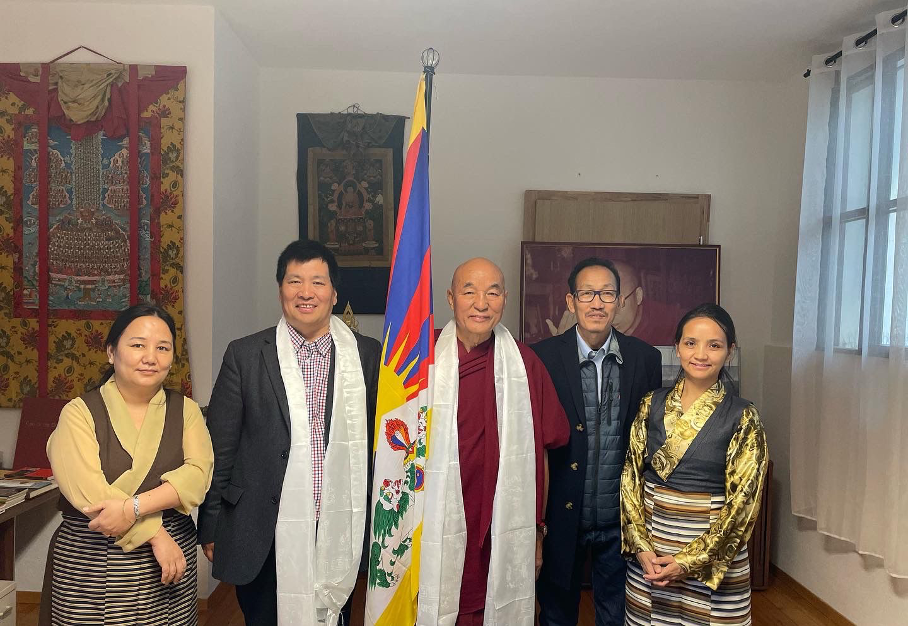 Parliamentarians Thubten Wangchen and Thupten Gyatso along with the Representative and staff of Tibet Bureau.

Parliamentarians at the film screening of ‘Leaving Fear Behind’. 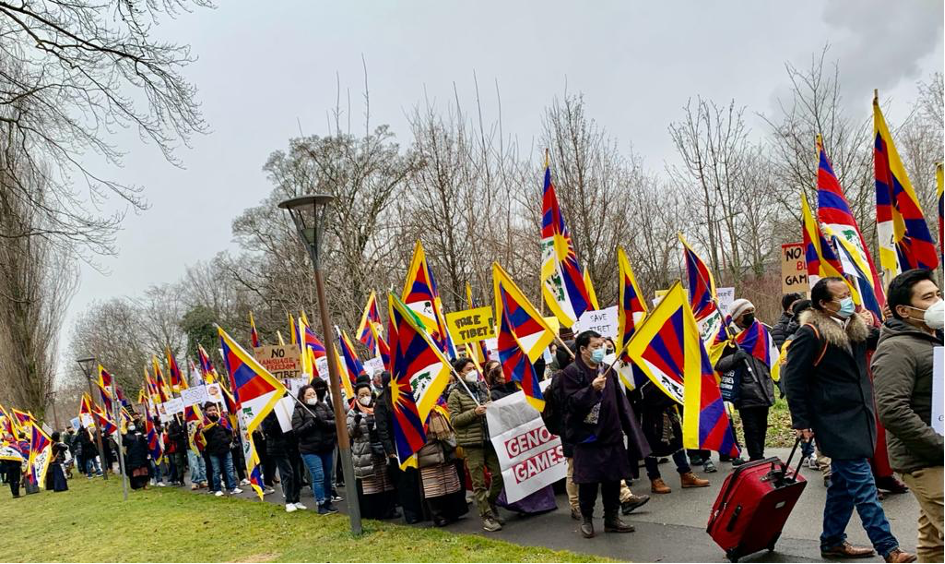 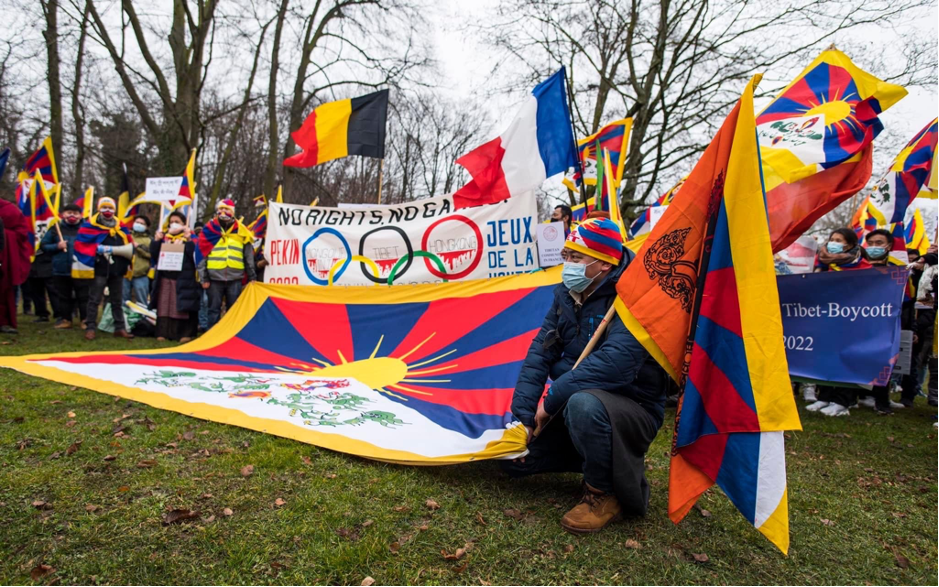