Dharamsala: The delegation to Russia, led by Parliamentarians Mr. Pema Jungney, Mr. Tashi Dhondup and Mr. Lobsang Dakpa to meet the concerned diplomats, dignitaries and to garner more support for the cause of Tibet from 9 Sept to 16 Sept concluded successfully with their arrival at their respective residences on 16 Sept.

On Sept 12, they left for Republic of Kalmyk and homage to the temples there the next day. They were warmly received by the staffs and the students of the Elista City School when they visited the school in the same evening. 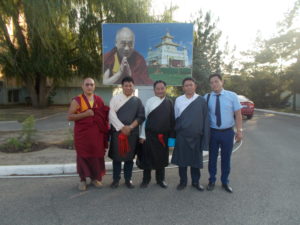 At the school, to a group of 20 staffs, Mr. Pema Jungney said that school is an institution that nurtures new generations while the teachers are the nurturers. He not only spoke on the importance of the love and compassion but also on the distinguished accomplishment if the school could accommodate secular ethic in their regular curriculum. He also thanked and applauded the school for undertaking Tibet-related activities

Thereafter, they visited the museum and deliberated with it’s Director, the history of relationship between Tibet and Kalmyk, the present situation of Tibet and the political outline of Central Tibetan Administration. The Director expressed his aspiration to dedicate a special section for the culture and tradition attire of Tibet in the museum. Later in the evening, they were welcomed at Potala Culture Centre by Ven. Lobsang Gyatso and the Tibetan residents. wherein, the parliamentarians elucidated them on the evolution of Tibetan democracy and the present situation of Tibet. They also engaged in an active discussion with a question-answer session.

At the Cultural museum of the Kalmyk University. 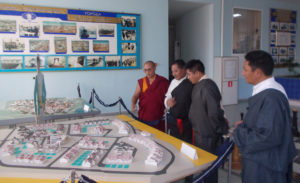 At the Cultural Musuem of Kalmyk University

On Sept 14, they visited the University of Kalmyk and the Director of the university introduced them to its various departments. The delegation expressed their interest in the continued historical association between Tibet and Kalmyk, the importance of understanding each other’s culture and the prospect of student exchange between the university and the Central Tibetan Administration. The Parliamentarians expounded on the significance of the creating awareness amongst the students on the atrocities and persecutions being faced by the Tibetans in Tibet. They later thanked the university for taking keen interest on Tibet’s issue, in turn; the Director conveyed his aspiration to expand the opportunity for the Tibetan students to study in the university. 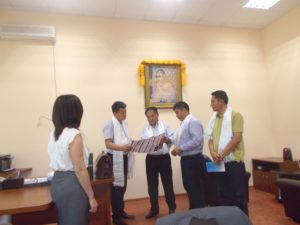 With the Director of the Kalmyk University. 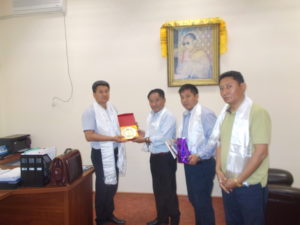 With the Director of the Kalmyk university

Subsequently, they met with the Culture Minister, President of Kalmyk Republic as well as the Chairman of the Parliament of Republic of Kalmyk. The Tibetan Parliamentarians propounded on the history of the priest-patron relationship between Tibet and Kalmyk and the importance of understanding and learning each other’s culture as well as the strengthening the relationship between the two for a continued association. They also thanked the government of the Republic of Kalmyk for supporting the cause of Tibet. Cultural Minister of Republic of Kalmyk stated that Tibet’s Buddhism is considered as the backbone and His Holiness the 14th Dalai Lama as the protector by the people of Kalmyk. He further expressed his aspiration to publish books and movies related to the history of association and relationship between the two nations. 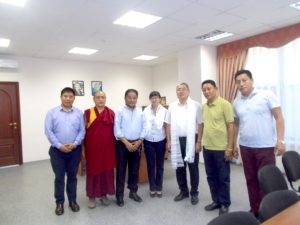 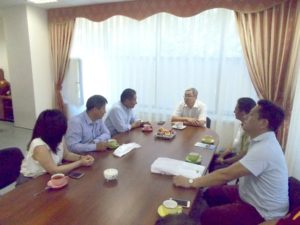 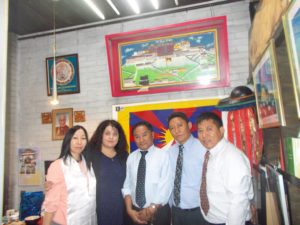 Later in the evening, the Parliamentary delegation met with the members of the Tibet support group at the Office of Tibet and expounded on the Middle Way Approach adopted by the Central Tibetan Administration to resolve the issue of Tibet.
The delegation later stated that this particular visit to Russia concluded successfully with the Office of Tibet’s organization and the meeting with Russia’s diplomats, dignitaries and the members of the Tibet’s support group left the delegation with great sense of an accomplishment.