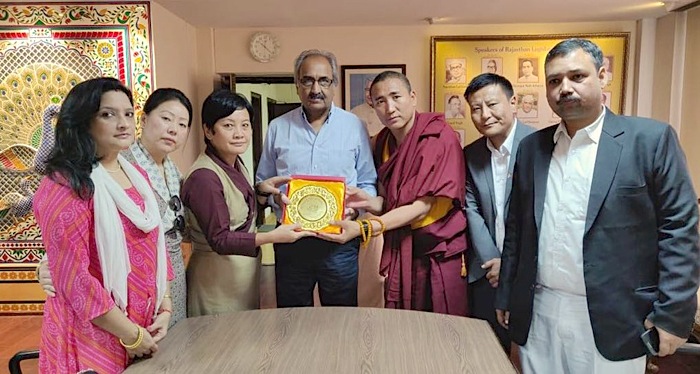 Jaipur: The Tibetan parliamentary delegation, comprising of Parliamentarians Mrs. Youdon Aukartsang, Mrs. Yeshi Dolma, Ven. Geshe Lharmapa Gowo Lobsang Phende and Mr. Kunchok Yangphel, who has been touring the states of Goa, Maharastra and Gujarat since Sept 28 to advocate for the cause and issues of Tibet, has commenced the campaign in Jaipur, Rajasthan.

On Oct 11, the visiting Tibetan Parliamentary delegation in Jaipur was welcomed at the airport by Mr. Saurabh Saraswat, President of Bharat-Tibbat Sahyog Manch (BTSM) and other members, who also facilitated most of the meetings in Rajasthan. 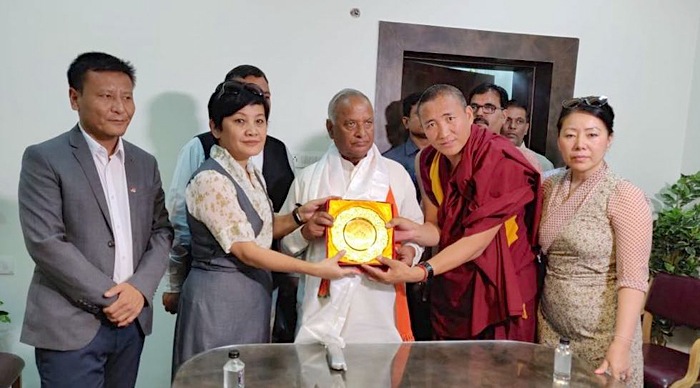 Despite the set-back incurred due to the recently declared state election, which resulted in last-minute cancellation of meetings with numerous state’s leaders, including the Chief Minister’s, the delegates had successfully called on Honorable Shri. Rao Rajendra Singh, Deputy Speaker of Rajasthan Vidhan Sabha at the Vidhan Sabha who gave generous time to exchange views and issues related to Tibet and India. 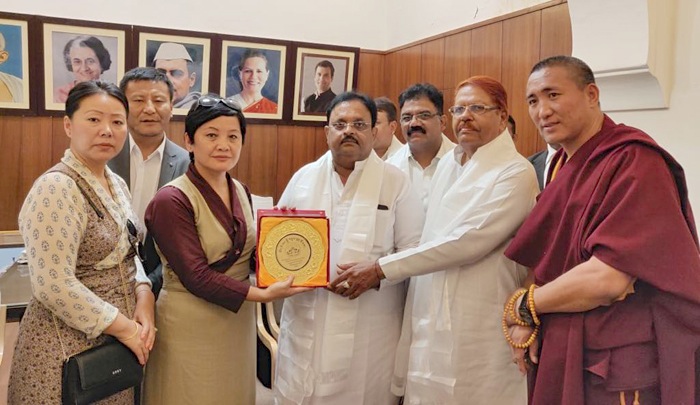 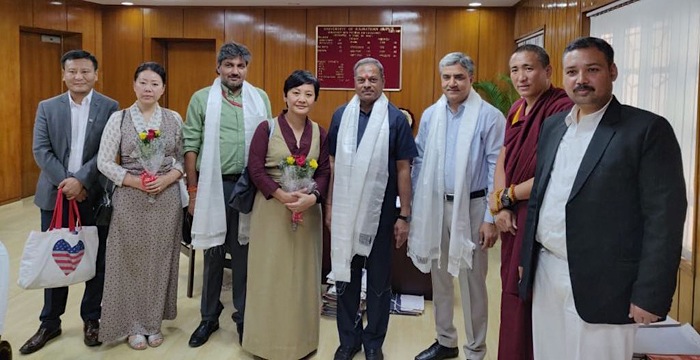 Ms. Youdon Aukatsang, Head of the delegation and Geshe Lobsang Phende were Speakers at the two public events organized on October 13th. Ms. Yeshi Dolma translated for Geshe Lobsang Phende. The first public event was organised by Samajwadi Jan Parishad Rajasthan under the banner of Lohia-JP Memorial Dialogue. The topic of the public talk was Tibet and India: A Relationship of Mutual Trust. More than 50 people attended the event. 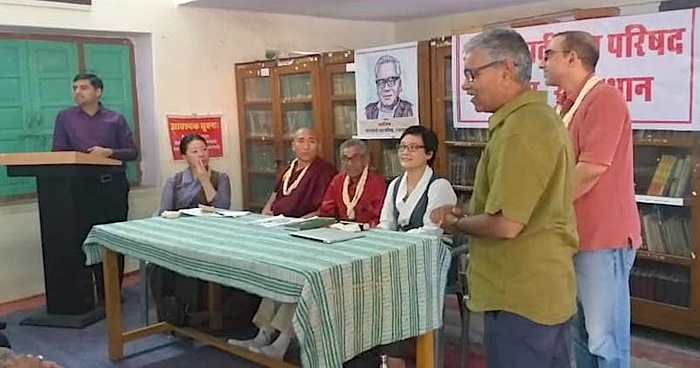 The delegation briefs on Tibet during the public talk entitled ‘Tibet and India: A Relationship of Mutual Trust’.

The second Public talk was organised by Bharat-Tibbat Sahyog Manch (BTSM) for their 100 odd members and supporters on the same day. To both the events, Dr. Tsundue Dolma, Doctor and staff members of Tibetan Medical and Astro Institute and executives of Tibetan Sweater Sellers Association were invited and introduced.