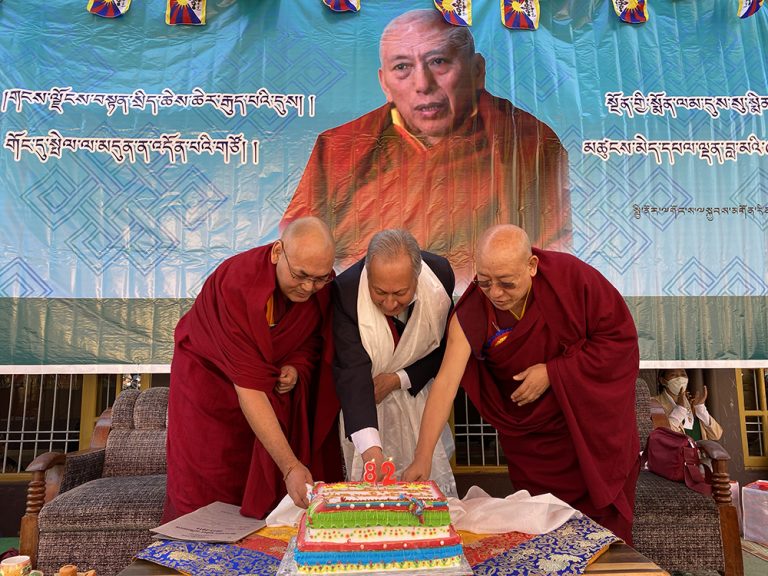 Greeting the guests and public present there, the Speaker started his address reminiscing the great legacy of Professor Samdhong Rinpoche, from his birth in eastern Tibet to moving to Drepung in central Tibet for higher education, and then coming into exile to India following His Holiness the Dalai Lama. “From early 1961, Professor Samdhong Rinpoche has contributed to our exile Tibetan community by serving as a teacher and Principal in numerous Central Tibetan Schools. Especially, the monumental contribution of Rinpoche in developing the Central University of Tibetan Studies, Varanasi, as a full-fledged university is indisputable.  Students who have graduated from the Central University of Tibetan Studies are holding significant positions in our society and are making valuable contributions, which all have been possible due to Rinpoche’s grace and dedication. We should always be grateful to Rinpoche for the immense contribution in the field of Tibetan culture, language, and religion which has benefited the contemporary Tibetan society and will benefit our future society as well. Taking this opportunity, I would like to urge everyone to study what Rinpoche has preached and preserve the legacy,” said the Speaker.

The Speaker further added, “Rinpoche has also made huge contributions in the political sphere of the exile community especially during one of the arduous phases of our time. Starting from 1970, he served as the President of Tibetan Youth Congress followed by Secretary of the Department of Religion, the Central Tibetan Administration, member of the drafting committee of the Charter of Tibetans in exile, Chairman of the Assembly of Tibetan People’s Deputy from 1991-2001 (now called Tibetan Parliament-in-Exile), and Kalon Tripa of the Central Tibetan Administration from 2001-2011. During his tenure as the Speaker, the Parliament has enacted many laws, rules, and regulations transforming the Tibetan political system into a democratic system with a rule of law. He is a believer of truth, nonviolent, and genuine democracy who has strengthened the administration of the Tibetan into a stable and efficient administration. Rinpoche always says that democracy is both right and responsibility, especially during difficult times priority should be on the execution of responsibility before exercising the rights. Therefore, whenever there arises any problem in our society we should always remember Rinpoche’s belief and work together for the resolution of the Tibetan struggle, and unity among Tibetans. Rinpoche follows the advice of His Holiness the Dalai Lama benefitting not merely Tibetan society but also many other societies in the field of education, politics, democracy, etc.”

Speaking on the Middle Way Approach, he highlighted the deteriorating situation of human rights, religious restriction, etc. in Tibet and advised people to follow the guidance of His Holiness the Dalai Lama, Professor Samdhong Rinpoche, and other Tibetan leaders to bring the collective effort to Tibet’s issue. Taking the opportunity, the Speaker extended his greetings to Kalon Trisur Kugno Gyalo Thondup, the elder brother of His Holiness on his 93rd birthday.

The ceremony also witnessed the reading of birthday greetings on the birth anniversary of Kalon Trisur Kungo Gyalo Thondup. The President of Indo-Tibetan Friendship Association and Chief Guest Shri Vijay Singh Mankotia also addressed the gathering followed by cutting of birthday cake and cultural dances. The event came to an end with thank you note by the Vice President of the Domey Association. 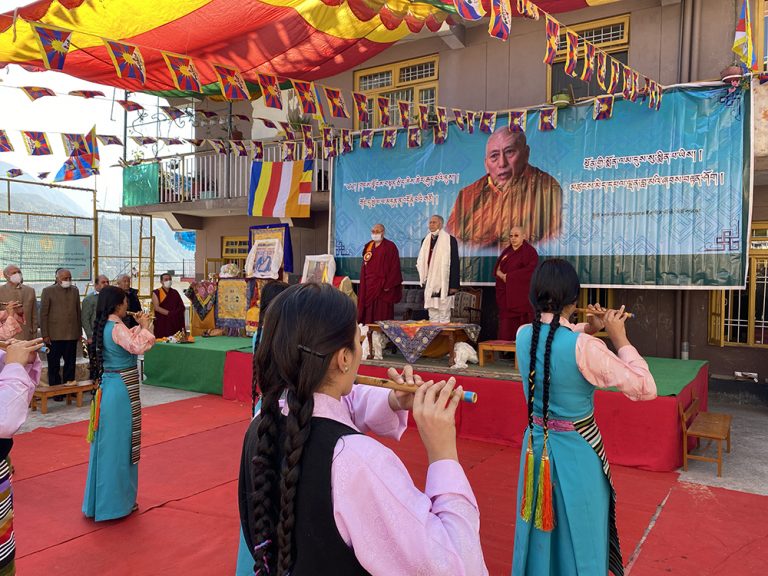 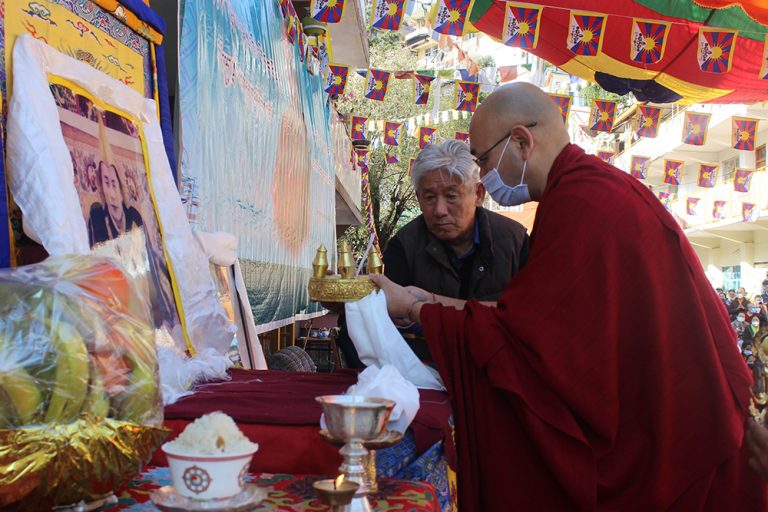 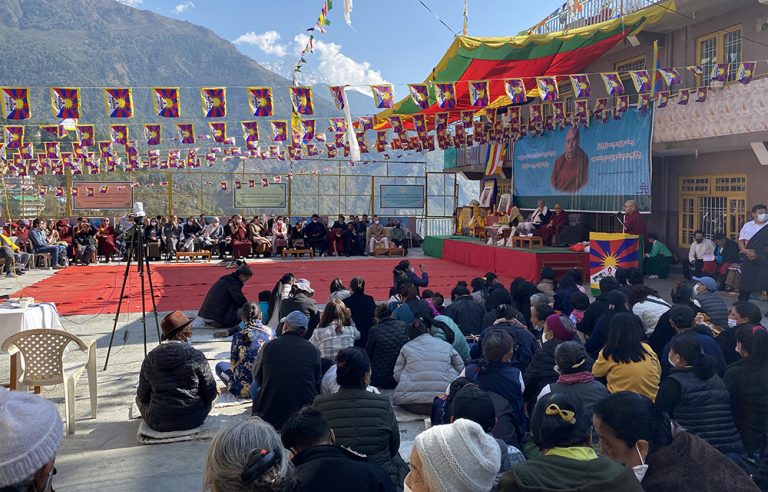 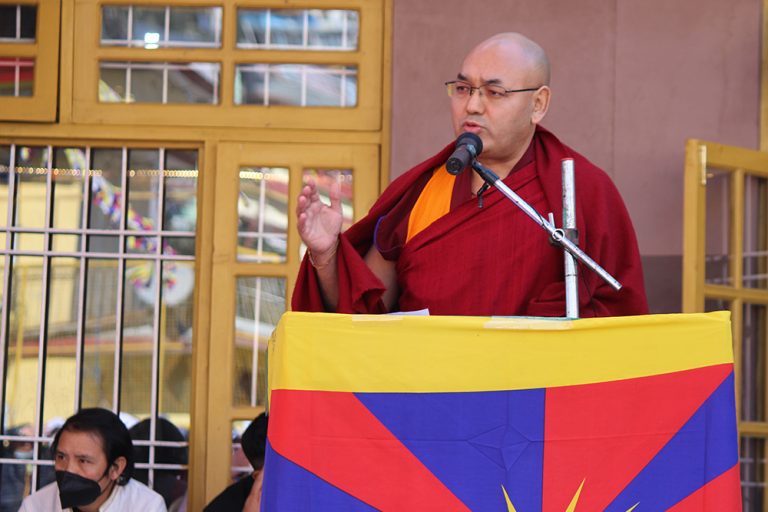 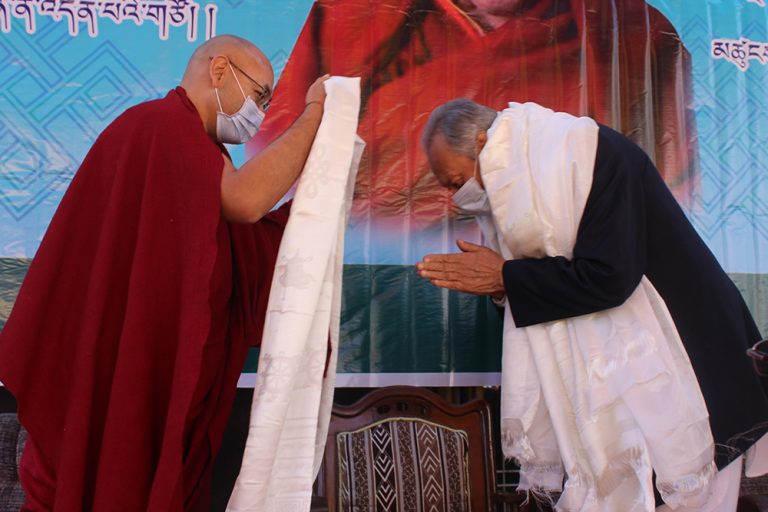 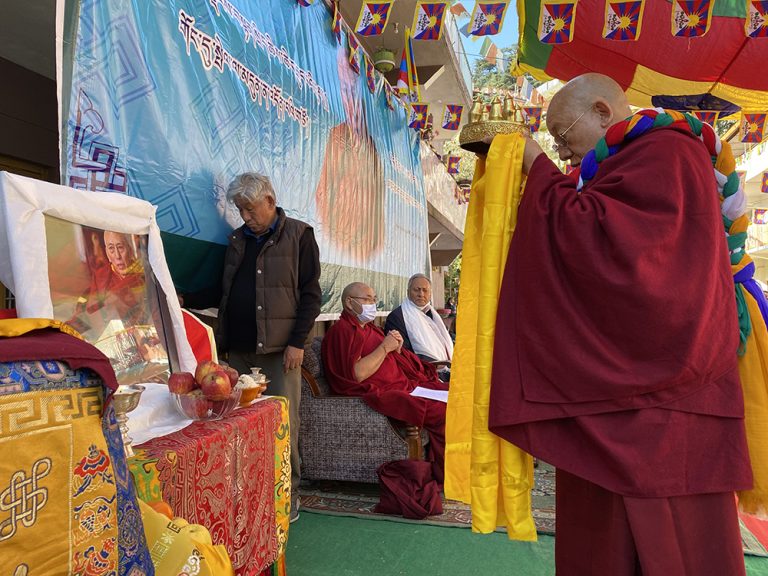 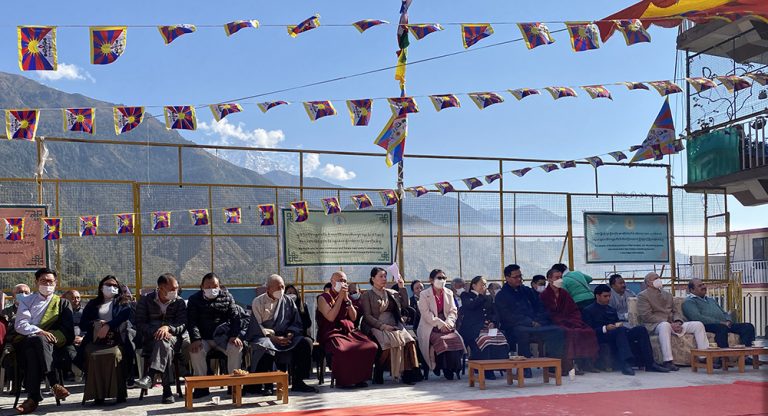 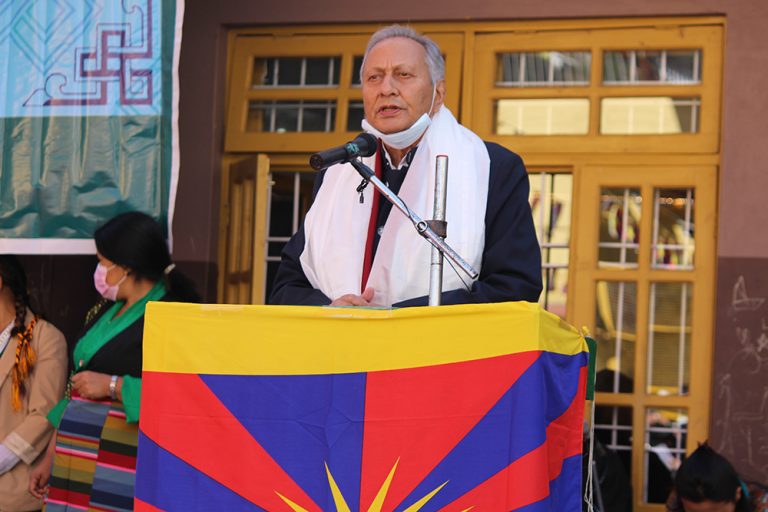 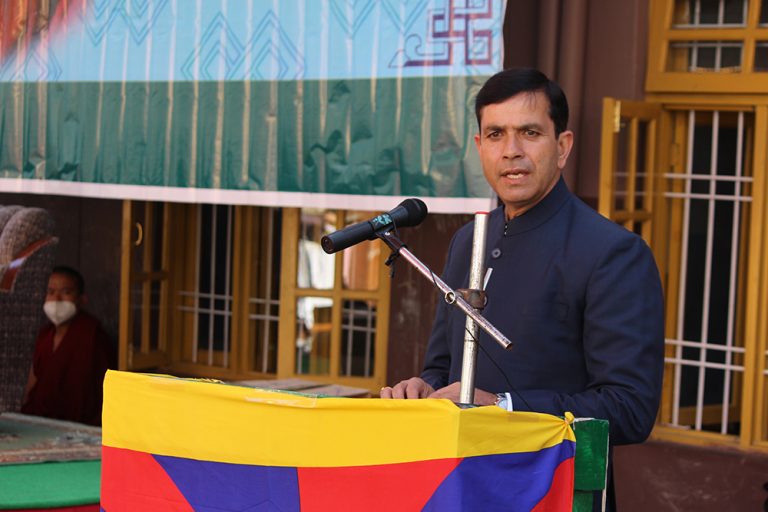 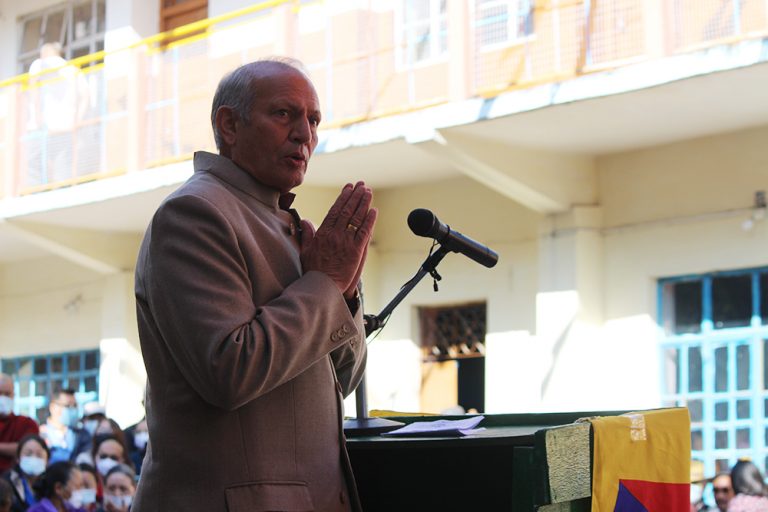