Speaker welcomes US Congressional Staffers delegation to the Tibetan parliament

Speaker expresses his appreciation to the US parliament and government for all the support rendered to the issues of Tibet on Oct 22. (P.C/TPiE) 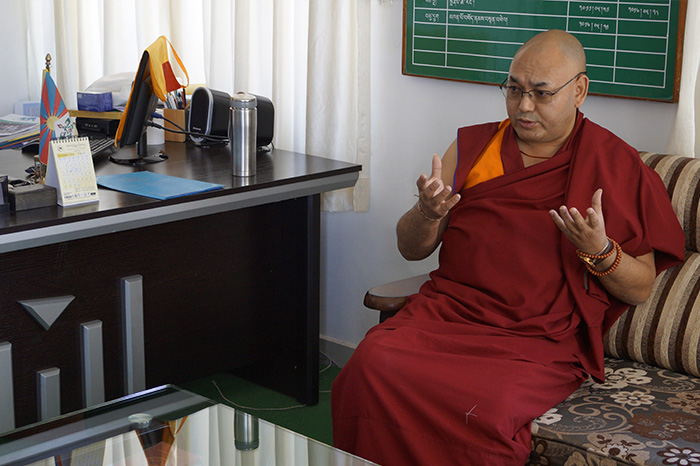 During the meeting in his cabin, Speaker expressed his delight over their visit and thereafter, briefed the delegation on the His Holiness’s meetngs with US Presidents as well as on the significance of Reciprocal Access to Tibet Act. He also commended the US parliament and government for all the support rendered towards the issues of Tibet, which he solicited, would continue in times to come too.He also delineated on the hard-line polices as implemented by the Chinese government in Tibet, especially, on racial discriminatory policies of China towards the Tibetan people in Tibet. He also provided the answers questions raised by them, viz., on causes of decrease in numbers of Tibetans escaping from Tibet and on the reincarnation of His Holiness the Dalai Lama.

Thereafter, they were taken for a guided-tour to the Hall of the Tibetan Parliament-in-exile. 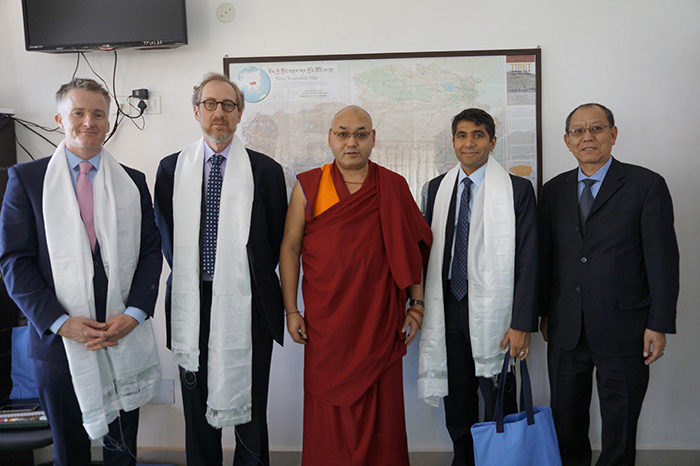 Speaker of Tibetan Parliament-in-exile with the US Congressional Staffers delegation on Oct 22. (P.C/TPiE)