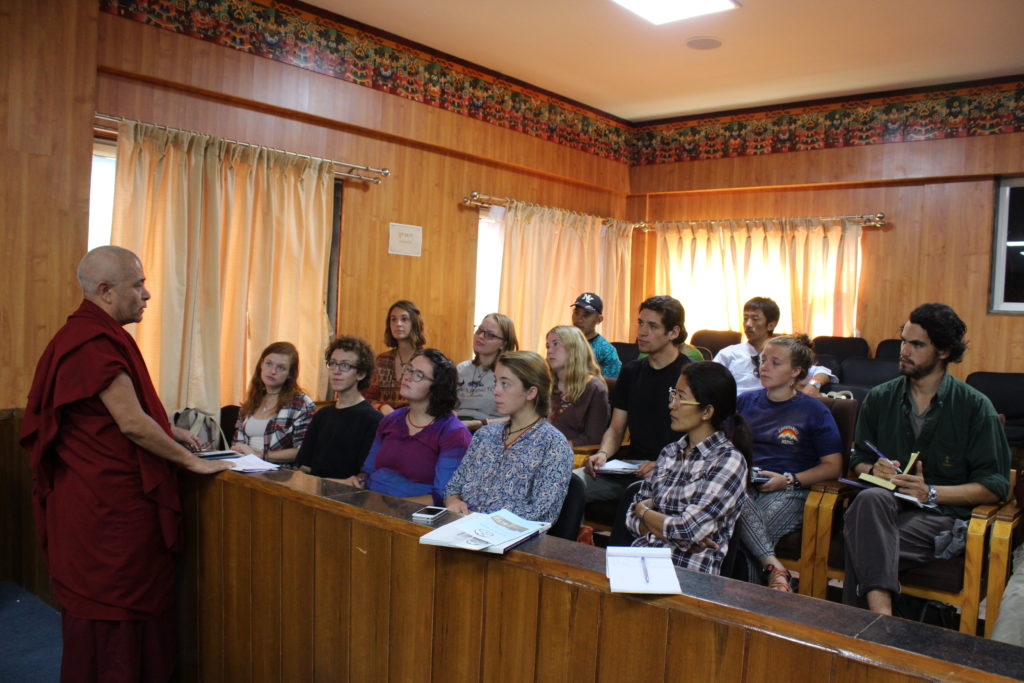 DHARAMSHALA: Deputy Speaker Acharya Yeshi, today spoke to a group of 11 college students from the US and four teachers and coordinators, who were in town for a two-week educational excursion organised by ‘School for International Training’.

He further edified the visiting members on the functions of the Central Tibetan Administration and the budget of the administration which is sanctioned by the parliament during the budget session. He also informed that a proportion of the income are contributed by Tibetans in exile through Green book and fund raised by friends of Tibet through Blue book.

Underlining the current status of Tibet, specifically the wave of self-immolation protests in Tibet, he mentioned, “since 2009, at least 144 Tibetans from all walks of life set themselves on fire inside Tibet under the Chinese government’s repressive policies. Out of the total, 125 of them have died while the whereabouts of the remaining are still unknown”, he said.

During the Q&A session, when questioned about the woman representatives in the parliament, Deputy Speaker said that article 37 of the chapter V of the Tibetan Charter provides minimum of two female candidates each from the three traditional provinces of Tibet. He further added that the present 16th TPiE has 11 female parliamentarians.

Sara Jane, 21, student at Rollins College, USA, said, “If you are a human and you feel compassionate at all, you have to be invested in the issue rationally opposite to emotionally. It is impossible to believe that another country just came in and there is human rights violation and just simply violating boundaries.

SIT promotes a worldwide network of individuals and organisations committed to responsible global citizenship. The SIT, Nepal: Tibetans and Himalayan Peoples is a yearly program which aims to enrich the participants by providing an extended introduction to Tibetan culture and religion. 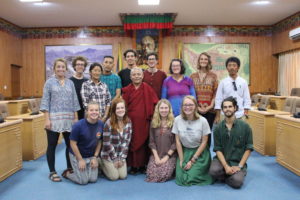 Deputy Speaker Acharya Yeshi Phuntsok with the visiting members from SIT program at the Tibetan Parliament.