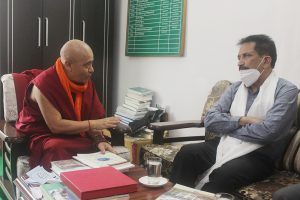 The Deputy Speaker greeted and elucidated them of the protests held against the oppressive Chinese regime by the Tibetans living in Tibet. Likewise, in the past 60 years of exile, Tibetans have been able to garner tremendous support for the Tibet issue under the guidance of His Holiness the Dalai Lama. The Central Tibetan Administration has been striving to resolve the issue of Tibet and seek genuine autonomy for all the Tibetans through the Middle Way Approach as per the vision of His Holiness the Dalai Lama. The Deputy Speaker then spoke of the World Parliamentarians’ support groups for Tibet and International Tibet support groups. He also urged for the CMO’s support for the area’s related Tibetan institutes and answered questions asked by the CMO on the election of Sikyong and members of Parliament, the composition of Tibetan Parliament-in-Exile, the population of Tibetans in exile, Parliamentary sessions, etc.

Finally, the Deputy Speaker presented the CMO with a souvenir and publications of the TPiE and visited the Parliament hall. 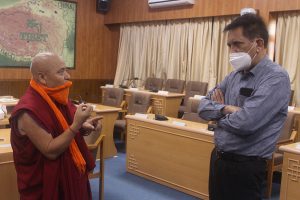 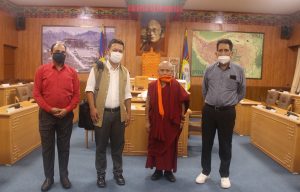 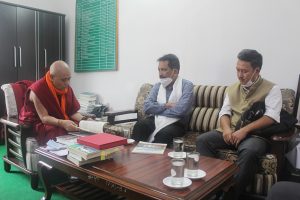