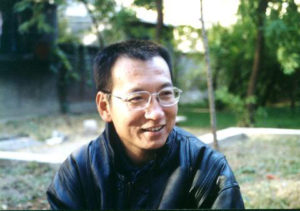 Dharamsala: Speaker of the Tibetan-Parliament-in-Exile, Ven Khenpo Sonam Tenphel wrote an open letter to Mr. Liu Xiaobo amidst the revelation surrounding the critical nature of his deteriorating health, offering his prayers for his recovery and well-being on behalf of all the Tibetans today as a symbol of solidarity.

“You, who had long struggled for the welfare of the Chinese people non-violently and are imprisoned for the Charter 08, embody the hope for Chinese democracy,” wrote the Speaker.

He further wrote, “You, a prisoner of conscience, who had raised voices for the subdued and fought for their freedom and basic human rights, won the Nobel Peace Prize and the hearts of millions more.

Ever since your imprisonment in 2008, your health has taken a major toll and has been deteriorating ever since; despite the numerous appeals for your immediate medical treatments abroad from Nobel laureate His Holiness the 14th Dalai Lama and other Laureates as well as many world leaders and the thousands of human rights activists around the world.

As your supporters all over the globe, pray for your health, I too, on behalf of all the Tibetans, offer my sincerest prayer for your speedy recovery and well-being.”

He also prayed that the tide of change that is being brought about by him be soon visualized in China in his letter.

Mr. Liu Xiaobo, a Noble Laureate, is a prominent participant in the Tiananmen pro-democracy protest of 1989 and was jailed for 11 years in 2009 for ‘inciting subversion of state power’ after helping to write Charter 08, which calls for a sweeping political reform.

The most famous Chinese dissident was granted medical parole on 26 June 2017 after being diagnosed with late-stage liver cancer.

Chinese authorities have so far refused the Nobel laureate permission to move home to Beijing or seek medical treatment outside China.