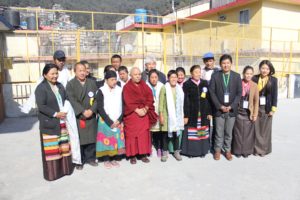 Dharamsala: Deputy Speaker Ven. Acharya Yeshi Phuntsok attended the ‘International Day of People with Disability’ organized by Tibetan Ability Center (TAC) in collaboration with Nyingtobling at Yoengling Tibetan school as per the invitation received and approved by the members of the Tibetan Parliamentary Standing Committee.

Along with the Deputy Speaker as its Chief Guest, Tsegyal Chukya Dranyi, Secretary of Department of Health, Mrs. Ngawang Lhamo, Director of Nyingtobling School for Tibetan Children and former Tibetan parliamentarian, Mr. Kunga, Founder of TAC and Mrs Delek Wangmo, Director of TAC were also presented at the program as its ‘Special Guests.’

The program convened at 10 am in the hall of Yoengling Tibetan school with Ms. Passang Bhuti, Inclusive Education Consultant and Psychologist, TAC welcoming the revered guests and beginning the day’s program with the national anthem of Tibet and India.

The day then proceeded with its scheduled program as Mrs. Delek Wangmo, Director of TAC addressed the audience. She thanked their presence as a symbol of their support and stressed on the importance of acknowledging an individual as an equal human being rather than on his disability.

Thereafter, Mr. Tsering, Founder of TAC, briefed the audience on the history of TAC’s foundation and elucidated on its aims and objectives.

Mr. Tsegyal Chukya Dranyi, Secretary of Department of Health, shared anecdotes from his earlier years of working at Ngeonga School for Tibetan with Special Needs, highlighting the significance of creating equal opportunities for the people of differently-abled, who after right exposure and opportunity, goes on to become self-reliant and even the bread-earner for his family. He also point out the need of being cautious when using certain euphemisms to call a person of differently-abled. He expressed his appreciation to the center for its noble work and requested the parents of differently-able children to utilize the opportunities provided by various schools and institutions.

The Secretary of Department of Health was followed by Mrs. Ngawang Lhamo, Director of Nyingtobling School for Handicapped Children and former member of Tibetan Parliament-in-Exile, who introduced a brief history of the school. She also stressed on the importance of the creation of equal opportunities and on the inclusion of people of differently-able in daily chores as per their ability to make them feel accepted and a sense of belonging. 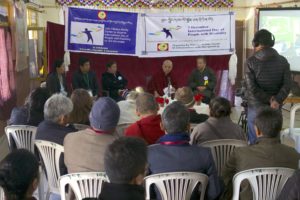 Following this Deputy Speaker greeted the Special Guests and the audience. He elucidated the audience on the importance of facilitating equal opportunities to the differently-abled people, to nurture their talents and skills. He stated that the first facilitator of such opportunities and support should be one’s own home, followed by the Central Tibetan Administration and society. He said there is no greater love than from one’s family and that those who has differently-abled children at their homes, their family members knows the best ways to take care of them. Unless they family is of economically-challenged or destitute, then admitting such children to various schools run by either CTA or private , is of inevitable. He referred to the blind-girl from Mandi district, who went on to become a TV singing competition sensation, supported by her driver father and guided by her uncle, who always accompanied her and thus stressed the importance of one’s family’s support in nurturing their skills, talents and capabilities in spite of all the odds.

He also pointed out the expenses incurred by the Department of Health per annual related to medical field on the prevention and curing of various diseases and illness. He further added that all these facilities and resources are made available to us by the grace of His holiness the 14th Dalai Lama and by the magnanimous benefactors.

He then concluded by suggesting the members of Tibetan Ability Center and the other concerned personnel that collecting necessary methods and guidelines from those practicing Gandhian concept of Social welfare would only empower them with their noble work and also added that while raising awareness of the differenlty-abled people in our community to the world, highlighting those in Tibet, who are physically disabled by the Chinese government under their atrocious policies and brutality should also be kept in mind.

The program then concluded with dance performances and group song by the students of Nyingtobling School for Handicapped Children. 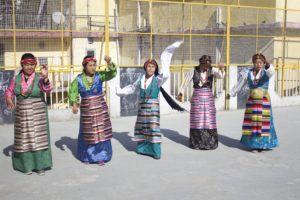 Dance performances by the students of Nyingtobling School for Handicapped Children 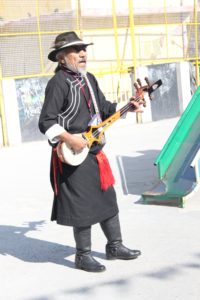 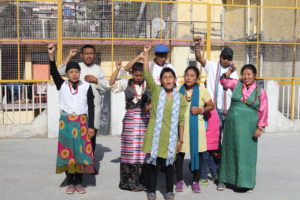 Group song by the students of Nyingtobling School for Handicapped Children