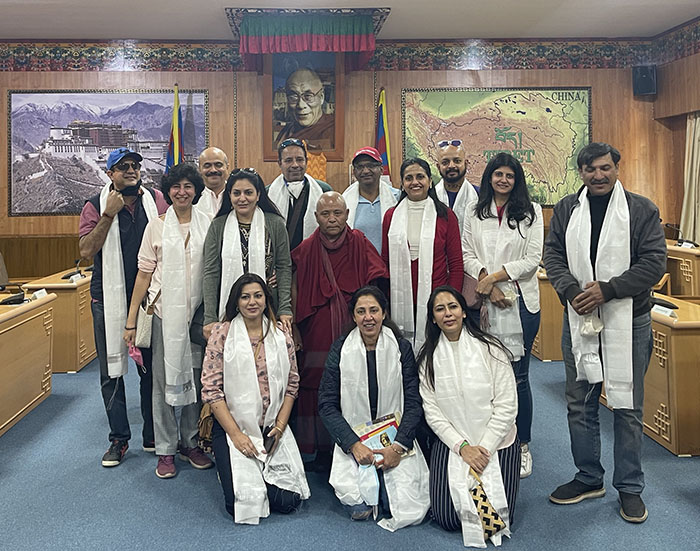 Dharamsala: Murali Kartik, a former Indian cricketer and currently a cricket commentator along with other Indian dignitaries visited the Tibetan Parliament-in-Exile earlier today.

At the request made by Mr. Gandhi, Secretary of the Indo-Tibetan Friendship Association, the Deputy Speaker Acharya Yeshi Phuntsok received the former Indian cricketer at the Parliamentary Secretariat. The Deputy Speaker greeted the guest by presenting a Tibetan traditional thangka of Buddha, followed by 12 books on Tibet’s issue.
The Deputy Speaker spoke at length on the structural functioning of the Tibetan Parliament-in-Exile, and the agendas discussed in the annual two Parliamentary sessions. The Tibetan Parliament-in-Exile, representing the Tibetans inside and outside of Tibet, deliberates on spreading Tibet issue awareness and holding cultural preservation programs.
Likewise, the Deputy Speaker also made them aware of how the Tibetan democratic polity has evolved with the democracy first bestowed to the Tibetan people by His Holiness the Dalai Lama in 1960, followed by devolution of His Holiness the Dalai Lama’s political authority in 2011 and so forth. With around 1.5 lakh Tibetans in exile and about 4 million Tibetans still inside Tibet, the Tibetan movement is being coordinated on large scales by all the Tibetans resulting in garnering strong international supports and the formation of All Party Indian Parliamentary Forum for Tibet (APIPFT), International Tibet Support Groups, and other Tibet support groups.

Speaking on the special bond shared by India and Tibet in terms of lineage, race, culture, religion, environment, border, and others, the Deputy Speaker emphasized the issue of Tibet which is crucial for the security of India and other neighboring countries. The Central Tibetan Administration strives to resolve the issue of Tibet by non-violent means, whereas the Communist Party of China engages in violent means and even interferes in the reincarnation process of His Holiness the Dalai Lama. The 7th World Parliamentarians Conference on Tibet, the 3rd Special General Meeting of Tibetans, and also the US government have come out in opposing the CCP’s unwanted interference.

Murali Kartik and others then went to the Library of Tibetan Works and Archives, and Men-Tse-Khang. 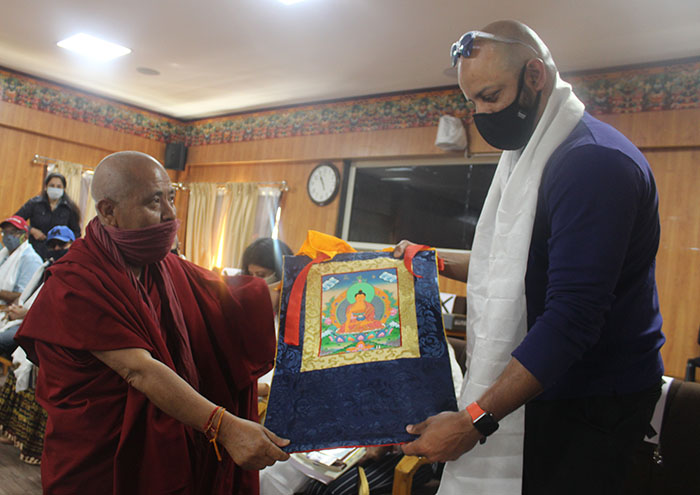