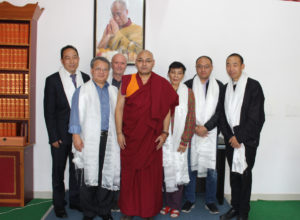 The Speaker, after extending his due welcome, briefed them on the evolution of the Tibetan democracy in exile and Tibetan Parliamentary, its functions and compositions. He further expressed his concern over the degeneration of Tibetan language and culture due to the hardline policies of Chinese government and the recent parliamentary resolution to adopt Tibetan language as the primary medium for every official program and correspondence as well as on the World Parliamentarians Conventions on Tibet (WPCT). 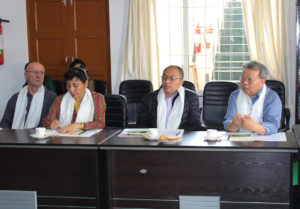 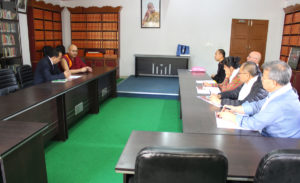 He further elucidated on the historical relationship between China and Tibet, stating the Buddhism spread to China before Tibet.

The visitors lauded the Central Tibetan Administration, in particular, on the party-less system of the Tibetan democracy and elucidated on the importance of preserving the Tibetan Buddhism and culture by the Tibetans.

Thereafter, they paid a visit to the Tibetan Parliamentary hall.