Day six of the fifth session of 16th TPiE 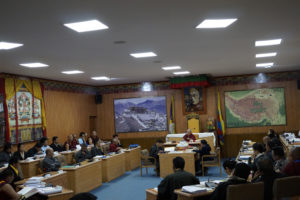 Following the first list of business for the day, Parliamentarian Mr. Dawa Tsering read out the starred question for Sikyong Dr. Lobsang Sangay. He gave the requisite answer and also duly answered the various supplementary questions raised by the other members of the parliament. 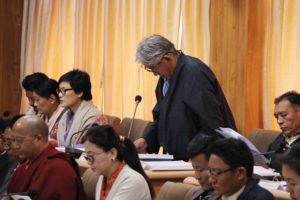 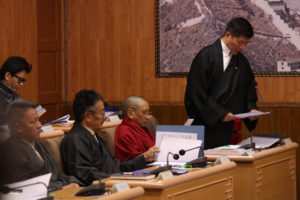 Sikyon Dr. Lobsang Sangay reading out the answer to the starred question.

Thereafter, the debate on the Recurring  Budget (rgyun gron sngon stsis) and Special Recurring Budget (smigs bsal sngon stsis) of Department of Security for the fiscal year 2018-2019 ensued, which was later passed in unanimity by the members of the parliament respectively.

The house, which resumed at 1:30pm after its adjournment at 12:30pm for lunch break, was chaired by Speaker Ven. Khenpo Sonam Tenphel. 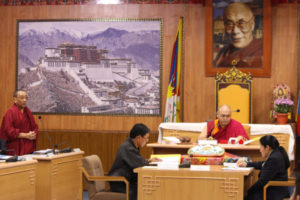 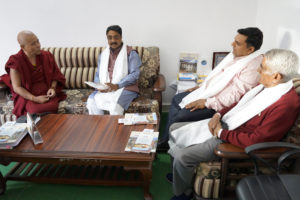