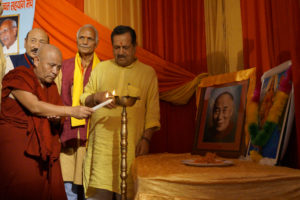 Mandi : Deputy Speaker of Tibetan Parliament-in-Exile, Acharya Yeshi Phuntsok attended the 20th All India Meeting of Bharat-Tibbat Sahyog Manch (BTSM) held at Vipasha Sadhan in Mandi for 2 days from May 5-6, 2018. 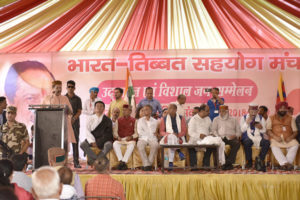 In his address leader of RSS and founder of BTSM, Indresh Kumar, ‘Deputy Speaker Acharya Yeshi Phuntsok and Dr. Kuldeep Chand Agnihotri were present during the inception of the Bharat-Tibbat Sahyog Manch. Since then 19 years has passed and now, we are entering into its 20th anniversary. We hav worked hard for the cause of Tibet within the past 19 years and today, the participation of around 350 members of the Bharat-Tibet Sahyog Manch from 18 different states will bring utilitarian effect towards the issues of Tibet.’

In the same evening, Deputy Speaker Acharya Yeshi Phunstok and Sh. Indrej Kumar took time to pay homage to the nearby Indian and Tibetan monasteries and temples as well as at  Rewalsar (Tso Pema). 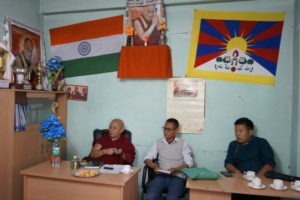 Interacting with the Tibetans at Mandi Tibetan Settlement, Mandi on 05.05.18 (P.C:TPiE) 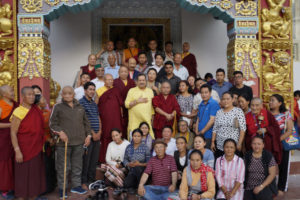 A group of local Tibetan residents with Sh.Indresh Kumar and Acharya Yeshi Phuntsok at Rewalsar. (05.05.18 P.C:TPiE) 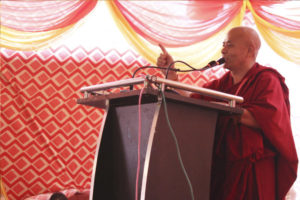 Deputy Speaker Acharya Yeshi Phunstok addressed the gathering by expressing his gratitude to the event’s coordinators and the members of the Bharat-Tibet Sahyog Manch on behalf all the Tibetans inside and outside Tibet.

‘Seizing this special opportunity, I wish to express my heartfelt gratitude and appreciation towards the founder and advisor of Bharat-Tibbat Sahyog Manch, Sh. Indresh Kumar for working tirelessly for the cause of Tibet. Most of you are attentive and earnest towards issues concerning Tibet and are supporters of the cause of Tibet, so, I will divulge in it only briefly,’ said the Deputy Speaker.

He continued stating, ‘India and Tibet shares between each other the relationship of race and dynasty; religion and culture; economy, environment and borders. Issues pertaining to border between Tibet-India weren’t heard of until the invasion of Tibet by the People’s Liberation Army of the Communist China in 1959, after which border-issues between China and India arose. Due to the perpetual repressive nature of Chinese government’s policy in Tibet, about 152 Tibetans, ranging from 15 years old to 64 years old,  had self-immolated against them. Their only demands are for His Holiness the Dalai Lama to return to his rightful place in Tibet and for basic human rights in Tibet. Despite the deteriorating conditions day by day inside Tibet, the strong zeal towards the protection and preservation of Tibetan language, culture and environment by the Tibetans inside Tibet against the hardline policies of the Chinese government are still very evident. Under the eminent guidance of His Holiness the Dalai Lama, along with your sincere support, there is an increasing number of supporters from all over the world towards the just cause of Tibet struggle movement.’

‘I would like to thank you all once again for sparing your precious times and energy to attend today’s event. Your support towards our cause accords within us a great sense of encouragement and inspiration to work for our cause. Therefore, as per the resolutions and programme as passed today, I hope you all will continue to render your sincere support and attend them as would we,’ said the Deputy Speaker as he concluded the speech with prayer dedicated towards the speedy resolution of the issues of Tibet. 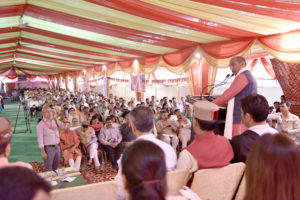 Chief Minister Jai Ram Thakur also addressed the gathering, reiterating the historical relationship between India and Tibet, in particular Dharmsala, the abode of His Holiness the Dalai Lama’s residence and India as well as commending the Bharat-Tibet Sahyog Manch for their various activities and bringing the issues of Tibet to fore-front within their community. 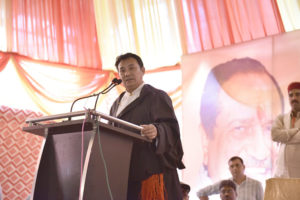 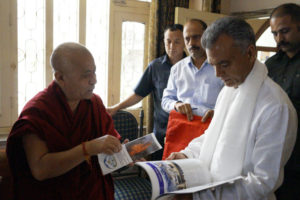 Publication and books related to Tibet and its issues as published by Tibetan Parliament-in-Exile, were also distributed during the two days event.