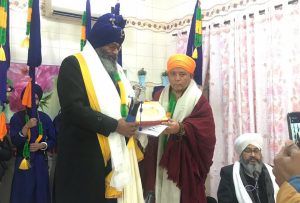 Deputy Speaker was welcomed by Baba Ranjit Singh; Sikh Gurus from Ludhiana, Jalandhar, Delhi, Haryana, etc.; local dignitaries; and general public on reaching Anandpur Sahib Gurudwara. After visiting the temple, Deputy Speaker started his public address, wherein he on behalf of Tibetan Parliament-in-Exile and Tibetan people, greeted people present there on the auspicious occasion of 550 Prakashotsav of Baba Sri Guru Nanak Dev Ji, the founder of Sikhism and birth anniversary of Baba Deep Singh Ji. At the same time, Deputy Speaker also thanked the organisers for inviting him to the auspicious occasion. He further said that it is because of the hard works and blessings of Baba Sri Guru Nanak Dev Ji and the first of the ten Sikh Gurus that Sikhism today is well-preserved having followers across the world, particularly in Punjab.

Since it was a commemoration of the birth anniversary of the two Gurus along with paying gratitude to them, Deputy Speaker advised on practicing the preachings of the Gurus. Citing advice of His Holiness the Dalai Lama to learn, reflect, and Practicing the teachings of Buddha to his followers, Deputy Speaker also advised them to learn and practice the teachings of Sikh Gurus in daily life. He further said that even though faith and rituals are important in a religion but practicing the religious belief in practical life is more important. Having the privilege of living in a free country, Deputy Speaker also encouraged Sikhism followers to practice and spread Sikhism, especially youths who have to take more responsibility regarding this. Thereafter, Deputy Speaker said that he works as the Deputy Speaker in Tibetan Parliament-in-Exile under the great leadership of His Holiness the Dalai Lama. Tibetans are striving hard to preserve and protect Tibetan religion and culture which are being destroyed after the usurpation of Tibet by China.

Deputy Speaker then presented souvenirs of Tibetan Parliament-in-Exile and resolution passed by 3rd Special General Meeting to three of the local dignitaries. Likewise, distributed appeal letters to the general public and participated in a religious march led by various religious leaders. 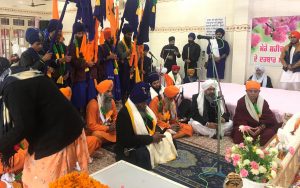 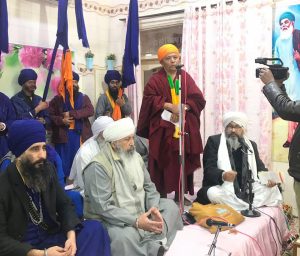 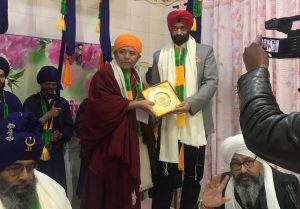 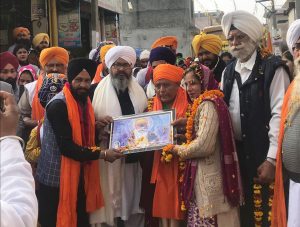 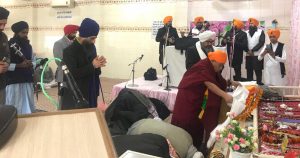 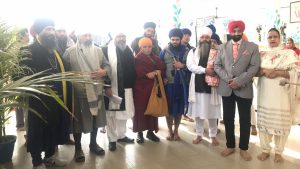 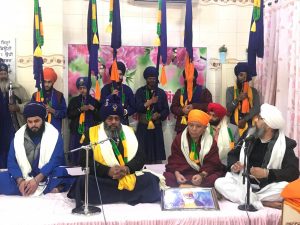 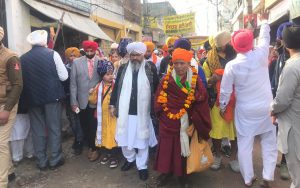 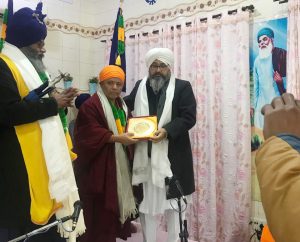