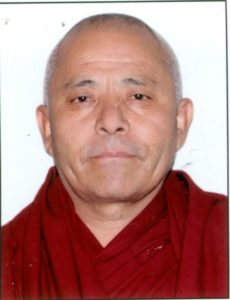 Dharamsala : Deputy Speaker of the 16th Tibetan Parliament-in-Exile, Acharya Yeshi Phuntsok is scheduled to attend the ‘Thank you India event’ at Gapa Tibetan Society, Kamrao (HP) as its ‘Special Guest’ as per the invitation proffered by the aforementioned Tibetan settlement on June 3, 2018.

Concurrently, he will also be attending the third founding anniversary of the Shree Media Innovation as its guest at Balaji Vihar, Kangra at 9:30 am on June 2, 2018 and will leave for Gapa Tibetan Society, Kamrao (HP) in the same afternoon. He will be attending the ‘Thank you India event’ the next day its ‘Special Guest’.