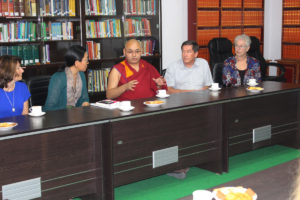 The members were received by the Speaker Ven. Kehpon Sonam Tenphel, who briefed them regarding the composition of the Tibetan Parliament-in-Exile, parliamentary sessions and its procession. He then spoke on the critical situation inside Tibet, in particular, the deterioration of its environment and the ecological system as well as on the hardline policies adopted by the Chinese government to repress the human rights. He referred to the report on the state of religious freedom issued by the U.S. Commission on International Religious Freedom (USCIRF) highlighting the blatant violation of religious freedoms in Tibet and the state’s increasing interference in the religious practices especially the demolishment of centres in Buddhist learning in Tibet. 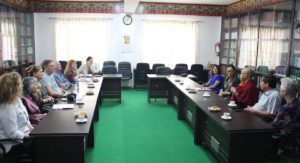 Thereafter, Speaker answered the various questions put forward by the members on the present situation inside Tibet, number of supporters in Russia as well as on the recently adjourned session of the Tibetan Parliamentary.

They later took a brief tour to the Parliamentary hall.