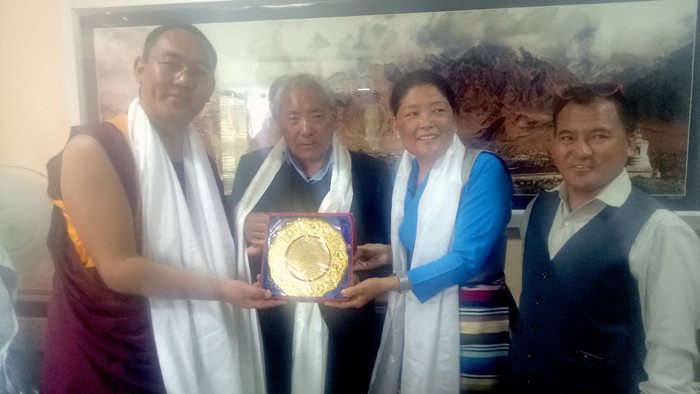 Gangtok: Conforming to the settlement visitation-assessment program, Parliamentarians Ven. Khenpo Jampal Tenzin and Mrs. Samten Choedon have been visiting the Tibetan settlements in Ladakh region from Aug 25 to Sept 2.

Upon their arrival at Leh, Ladakh, in the morning of Aug 25, the two parliamentarians were received and welcomed by the Tibetan Chief Representative and the Chairman of Local Tibetan Assembly. They forthwith attended the 18th Annual Conference of 15 Tibetan Cooperatives organized by FTCI, as per the invitation proffered to them. In the same evening, they attended the shugmol meeting with the local dignitaries in the presence of Speaker Ven. Khenpo Sonam Tenphel, who had also attended the conference. 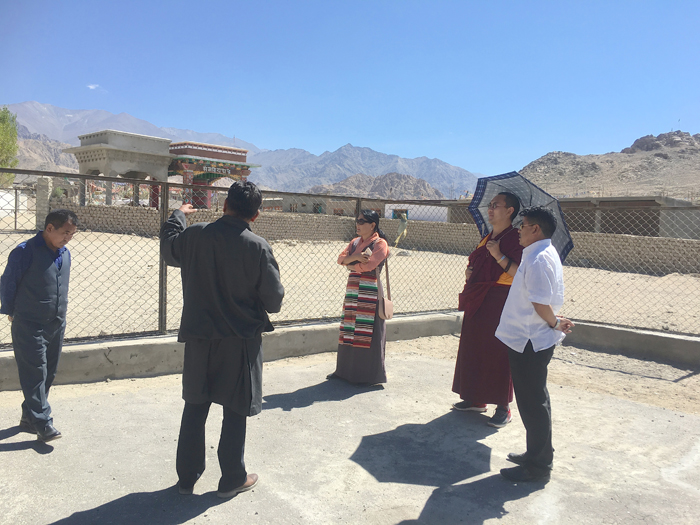 The two parliamentarians assessing the Tibetan settlements in Leh, Ladakh.

The next day, they went to pay homage to Pangong Lake. For the next two days, on Aug 27 and 28, the two parliamentarians visited around 15 different camps, governmental and non-governmental organizations and monasteries. At Tibetan schools, they addressed the students and teachers on the importance of education and their duties as students and as the future seeds of Tibet, as they stated on the importance of retaining and owning the Tibetan identity. In the afternoon, at the meeting with the Tibetan public, the two parliamentarians stressed that they should not abandon their lands and must continue to preserve the traditional nomadic lifestyle but in case of any impossibilities, they must make contingency plans to tackle the challenges against their livelihood and survival.

In the morning of Sept 1 at 9 am, they called upon Senior BJP leader Sh. Dorje Motup, the Chief Executive Councillor (CEC) of Ladakh Autonomous Hill Development Council (LAHDC) and expressed their gratitude to the people and government of India, especially the people and government of Ladakh for the rehabilitation and continued facilitation of around 7500 Tibetans in Ladakh. The two Tibetan parliamentarians also solicited his support for any future projects that could benefit the livelihood of Tibetans and for the swift resolution of issues faced at Tibetan markets. Sh. Dorjee Motup stated that being from Changthang himself, he understands the genuineness of the problems faced by the Tibetans and that he will render his support with all his capabilities towards such projects. 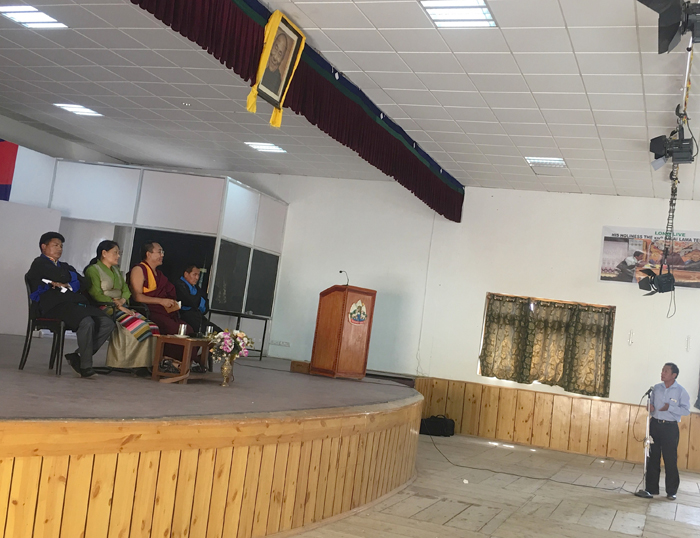 A local Tibetan posing question to the two parliamentarians on Sept 2.

The next day on Sept 2, they attended the celebration of the 58th anniversary of Tibetan democracy in exile as its ‘Chief Guest’ as per the invitation by the Chief Representative office. During the celebratory program, Parliamentarian Ven. Khenpo Jamphal Tenzin while elucidating on the history of Tibet, stated that the sublimity of Tibet and its people is owed to the valor and capabilities, especially to the unity among its people. While stressing on the importance of unity among the Tibetan people, he stated that Tibetan should be the owner of Tibetan culture and people and must refrain from relying too much on others. He also spoke about the real situations inside Tibet; volatile Chinese policy; global outlook on Tibet etc.

Parliamentarian Mrs. Samten Choedon spoke on the biography and accomplishments of His Holiness the Dalai Lama while elaborating on the evolution of Tibetan democracy in exile. She further spoke on the structure of Tibetan Parliament-in-exile, their duties and responsibilities and the formulation of the Middle-Way Approach. Thereafter, the two parliamentarians engaged in a question-answer session with the public.

From Sept 3, the two parliamentarians will visit and assess 9 different Tibetan camps in Changthang and thereafter, go to Kargil, Sri Nagar, and Jammu as per their itinerary. 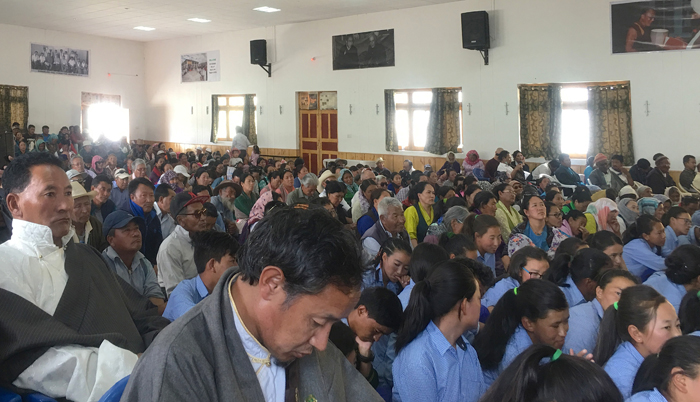 Local Tibetan people and students of Leh, Ladakh on Sept 2.