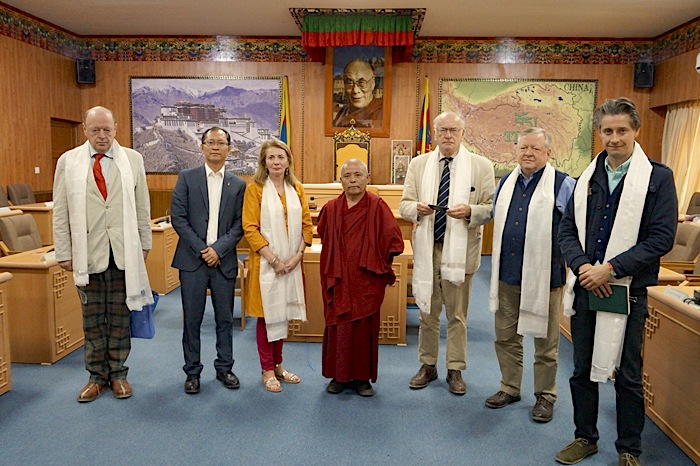 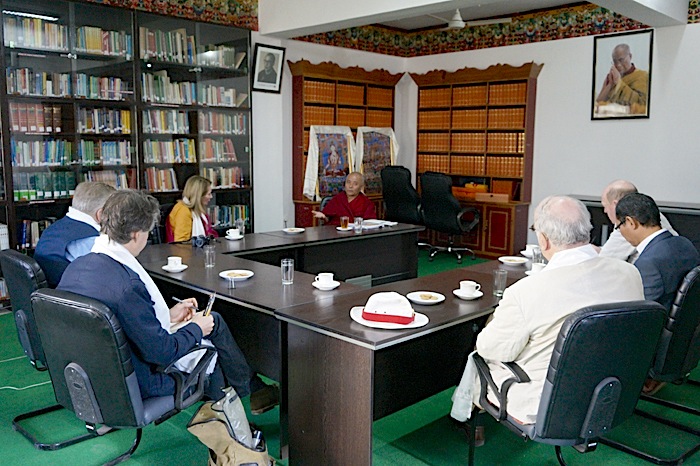 Deputy Speaker apprises the members of Scottish cultural delegation on the Tibetan traditional fields of knowledge on Oct 17. (P.C:TPiE)

After a brief self-introduction by the members of the delegation, he briefed members on the ten traditional fields of knowledge (Rigney) of Tibet, inclusive of both major and minor and Buddha’s tenets and scriptures. He also informed them on the evolution of Tibetan democracy in exile, the proceeding of its 2 sessions and its composition as well as on the Tibetan parliamentary delegation to various countries to call on their leaders, parliamentarians, think tanks, media and general public to advocate for the cause of Tibet and garner support from them. He elucidated them on the issues of Tibet and the Tibetan struggle as well as on the various initiatives undertaken to perpetuate the movement until the issue of Tibet is resolved. He further informed them on the various Tibet support groups all over the world and on the World Parliamentarian Convention on Tibet (WPCT), highlighting in particular, the  IVth WPCT, which was held in Edinburgh, Scotland, on 18 and 19 November 2005. He delineated them on the Middle Way Approach, which seeks the peaceful resolution of Tibet’s issue. He requested them to approach and urge their representatives in the parliament to raise and discuss on the issues of Tibet in the House. He also expressed his gratitude for their visit and interest in the Tibetan culture and tradition.

The members of the delegation and Deputy Speaker also engaged in few minutes of question-answer.

Thereafter, they were taken for a guided tour to the parliamentary hall.