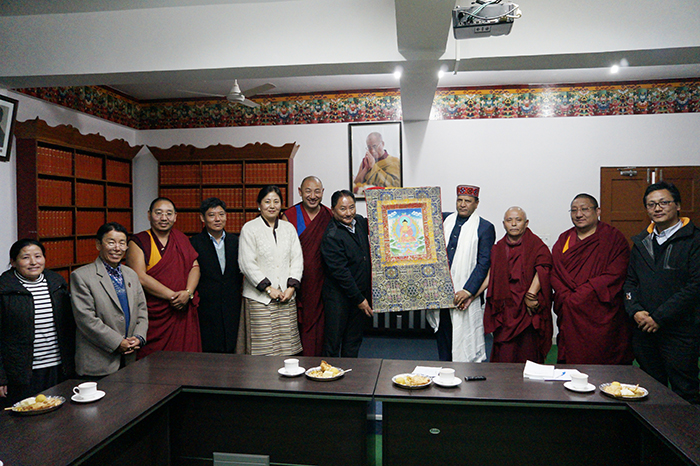 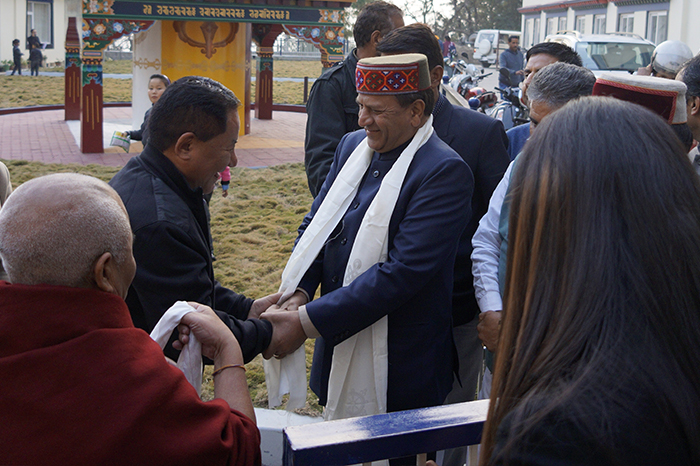 Later, Dr. Rajeev Bindal and the standing committee members met in the standing committee meeting hall. Dy. speaker greeted him on behalf of all the Tibetans and introduced the standing committee members. Speaker, Mr. Pema Jungney in his opening remark welcomed the Speaker of Himachal Vidhan Sabha and addressed on the expansion of Tibetan democracy and that his visit to here has marked in the history of Tibetan Parliament-in-Exile. He also elucidated that the Tibetan Parliament had the opportunity to organize luncheon to the members of the legislative assembly of Himachal in the past and requested for a suitable date to organize a high tea for the members of the legislative assembly during the upcoming winter session in Dharamsala. 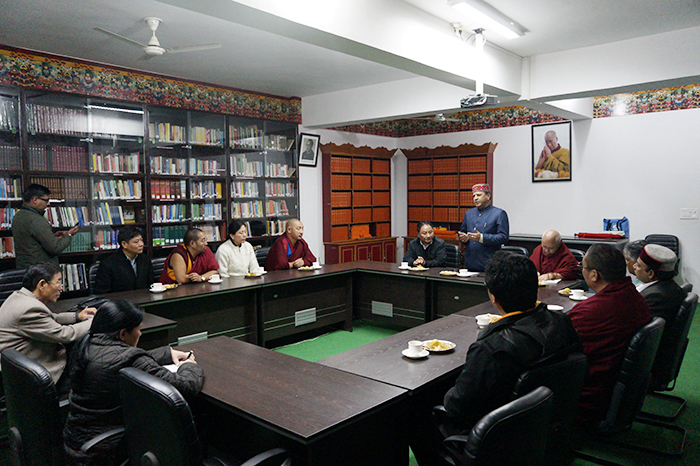 Dr. Rajeev Bindal greeted the members and he said “even though Tibetans lost their country, the state of Tibetans in exile is extraordinary. You have a structured administration that works as a government and have preserved your culture, religion and national identity even in exile. I consider it is mainly because of the aspiration of His Holiness the Dalai Lama and of continued struggle and determination put forward by the community in exile with regard to their national interest. It is exemplary that Tibetans carried forward their struggle to an international platform and preserve their culture and identity in the past 60 years in exile. Tibetans are well known for their religion, culture and it has benefitted not just Tibetans but the whole world. In particular, the preservation of ancient Indian knowledge of Nalanda tradition by the Tibetan is very important”. He also said, “There will be sacrifices of human lives and will face obstacles during the struggle but I assure that Tibet issue will resolve even though the period is uncertain”. 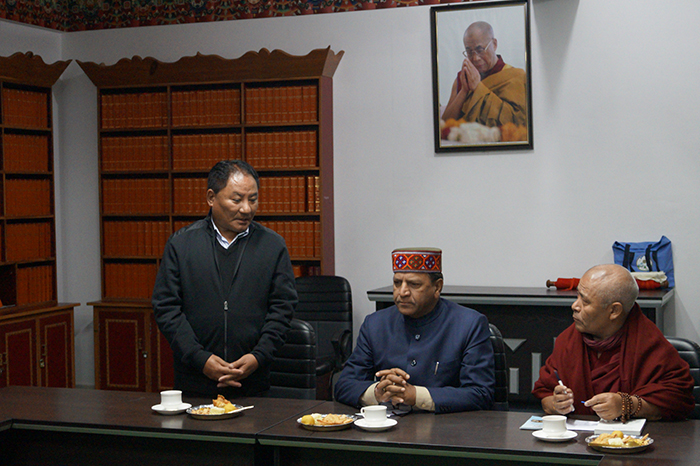 He further stated that Tibet and India is not just a neighbor but they are brothers and he will continue his support to the Tibet cause and to Central Tibetan Administration. Dr. Rajeev Bindal enunciated that he visit Dharamsala often and had an audience of His Holiness the Dalai Lama and has also joined at the luncheon organized by CTA in the past 20 years of his terms as a member of Himachal Pradesh Legislative Assembly. He accepted the request of Tibetan Parliament to organize a high-tea to the members of the legislative assembly of Himachal Pradesh at Vidhan Sabha to thank the government and people of Himachal Pradesh.

Later, Speaker Mr. Pema Jungney on behalf of Tibetan Parliament-in-Exile presented a thangka as a souvenir to Dr. Rajeev Bindal. 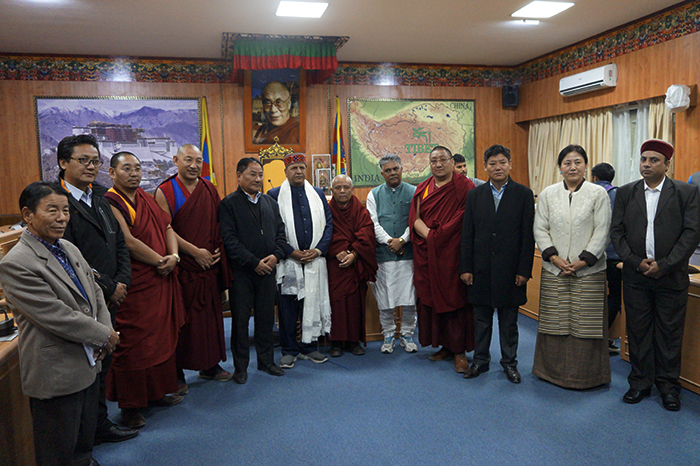 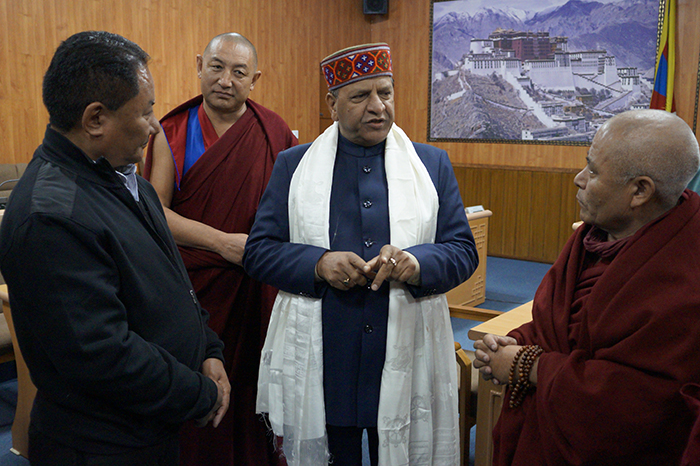