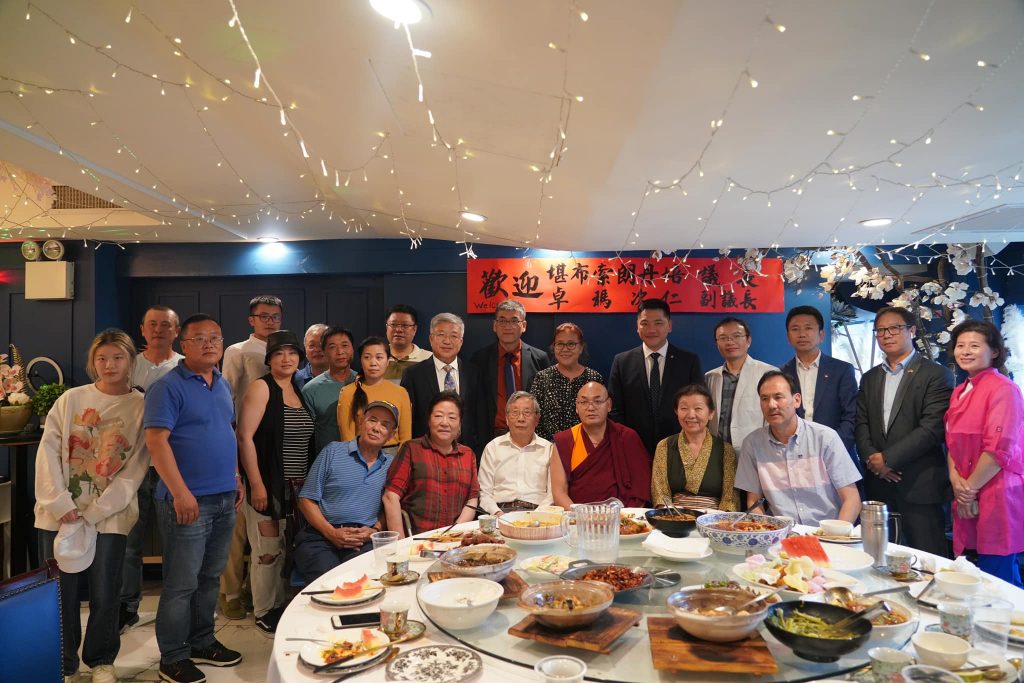 New York:  Speaker Khenpo Sonam Tenphel and Deputy Speaker Dolma Tsering Teykhang of the Tibetan Parliament-in-Exile had a meet-up with Chinese dissidents based in New York on the 27th of June 2022. The Speaker briefed them on the evolution of Tibetan democratic polity in exile and the Deputy Speaker spoke on the Middle Way Policy of the Central Tibetan Administration.

The Speaker explained how His Holiness the Dalai Lama had initiated democratic reforms and constituted a reform committee in Tibet after visiting India in 1956 for the 2500th Buddha Jayanti Celebrations. However, the Chinese communist government’s usurpation of Tibet in 1949 disrupted his long aspired democratization process of Tibetan polity. Even during such hard times, His Holiness tried hard to bring peaceful settlement with the Chinese counterpart but unfortunately, when the risk to the life of His Holiness become evident following the Tibetan uprising in Lhasa on 10th March 1959, he had to flee into exile to India. 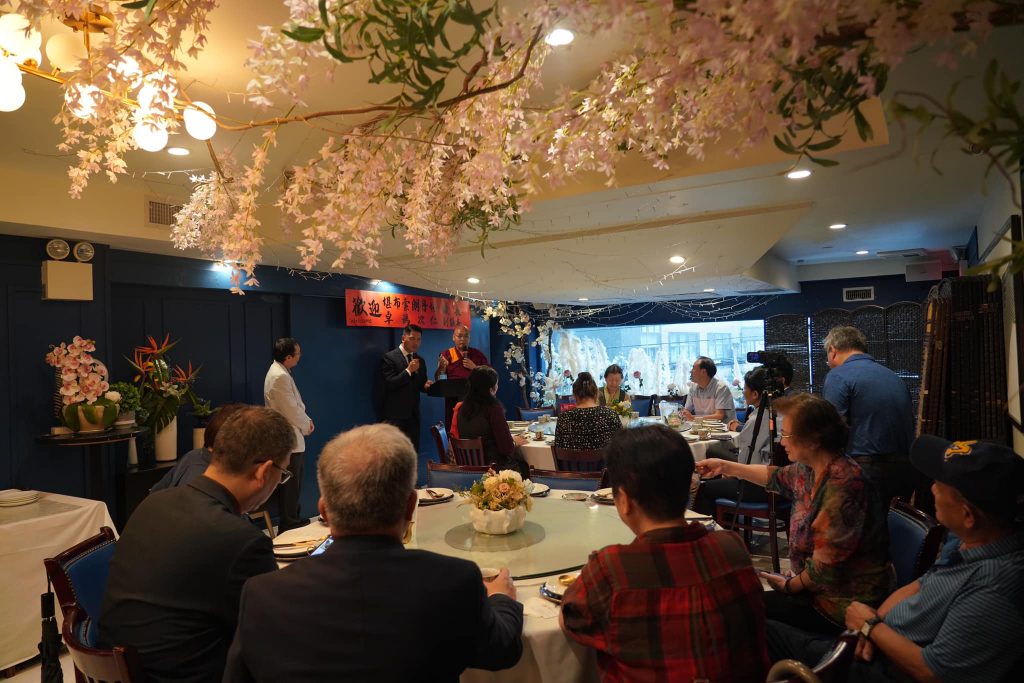 Following His Holiness’s advice, the elected body took their oath of office on the 2nd of September, 1960, the day celebrated as the  ‘Tibetan Democracy Day’ every year by the exile Tibetans. In the first phase of the evolution of Tibetan democratic polity, which is from 1960 to 1991, there were significant changes in the duration and composition of parliamentarians, especially addition of reserved seats for women parliamentarians. Likewise, the Charter of Tibetans in exile was adopted in 1991.

The Speaker continued by explaining the current composition of the Tibetan Parliament-in-Exile, the highest legislative body of the Central Tibetan Administration (CTA), and the first-ever Kalon Tripa directly elected by the Tibetans in 2001. Followed by the devolution of His Holiness the Dalai Lama’s political authority and the election of the Sikyong in 2011. He also briefed them on the panel discussion held at the 8th World Parliamentarians’ Convention on Tibet in Washington, DC, with Taiwanese, Hong Konger, Uyghur, and Inner Mongolian speakers sharing their ideas to counter the Chinese communist government. He further advised holding discussion meetings between the Tibetans and the Chinese dissidents which would be very beneficial. 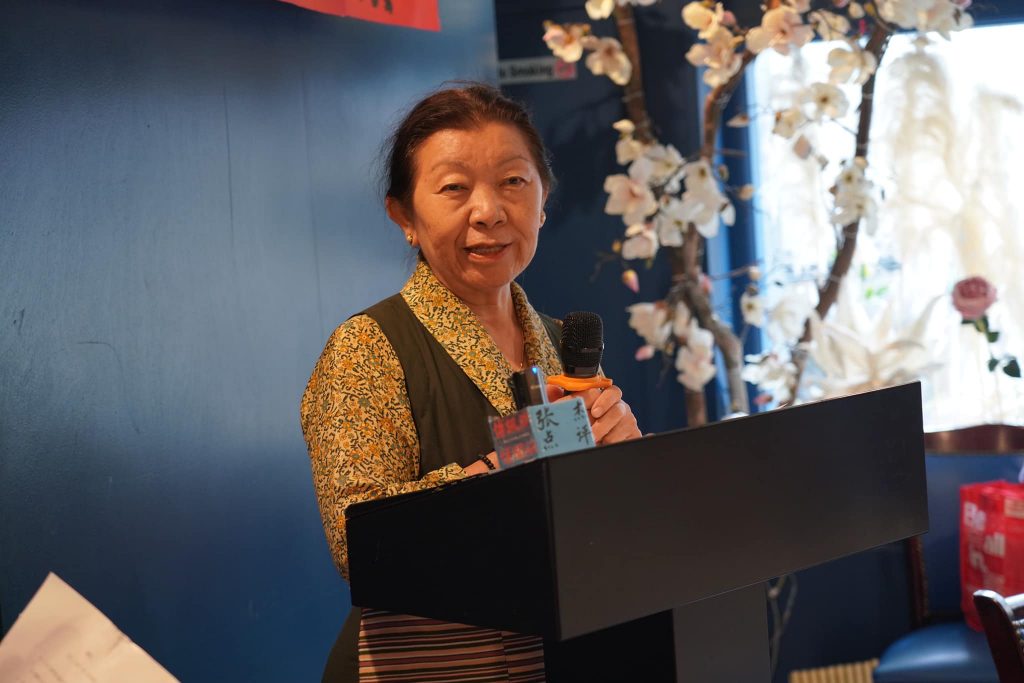 Speaking on the objective of their meeting, the Deputy Speaker, Dolma Tsering Teykhang explained that despite Tibetans and Chinese dissidents having distinctive identities, cultures, and history, their gathering at a foreign place has much significance. In addition to sharing their real situations and discussing future courses of action, the Deputy Speaker further explained that due to the lack of freedom and human rights, despite China being one of the most powerful countries in the world, the Chinese dissidents resorted to leaving their own country and the Tibetans who also had to leave their country due to the Chinese communist government’s illegal invasion of Tibet.

The Central Tibetan Administration (CTA) strives for Tibetans in Tibet to have freedom of speech, freedom of religion, and other basic human rights through the Middle Way Approach (MWA), the policy of CTA to peacefully resolve the issue of Tibet and to bring about stability and co-existence between the Tibetan and Chinese peoples based on equality and mutual co-operation. The mutually beneficial Middle Way Approach seeks genuine autonomy for the Tibetans inside Tibet within the framework of the People’s Republic of China without disregarding the historical fact that Tibet was an independent country before its invasion by China. 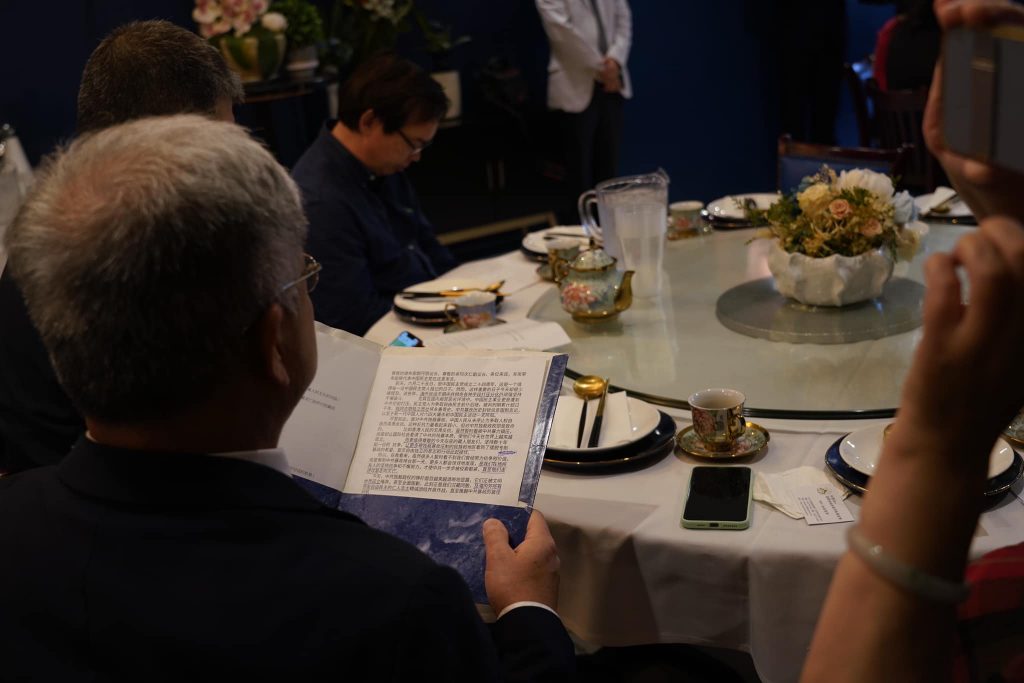 Chinese dissidents, in response, praised the Middle Way Approach which is a win-win policy conceived by His Holiness the Dalai Lama for its foresightedness and said that Tibetans, Taiwanese, and Hong Kongers should counter Communist China together. Speaker and Deputy Speaker were accompanied by Representative Bawa Kelsang Gyaltsen, former political prisoner Nyima Lhamo, Secretary Tashi Dhondup of the Office of Tibet Washington, and OoT’s Chinese Liaison Officer Tsultrim Gyatso. 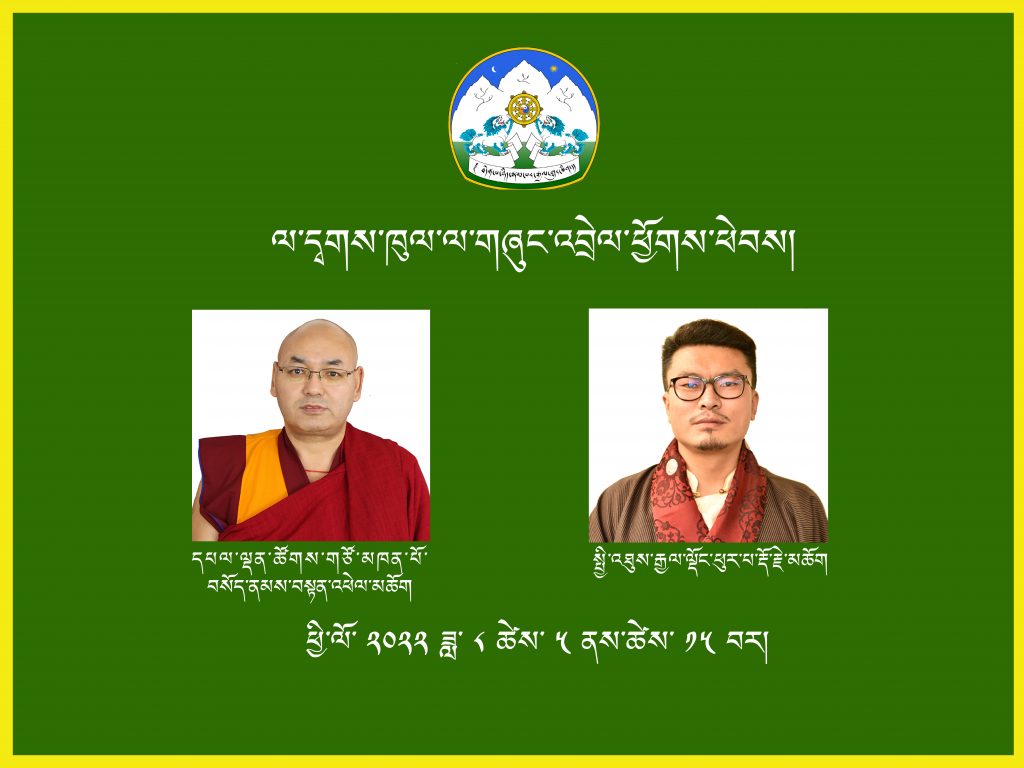 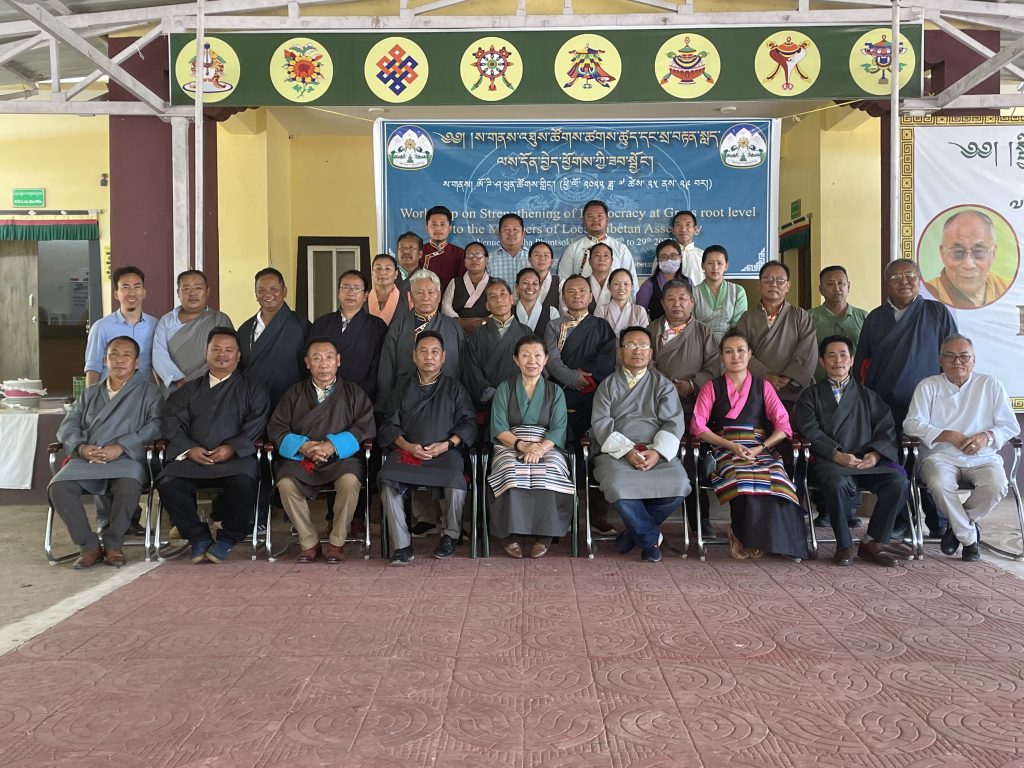 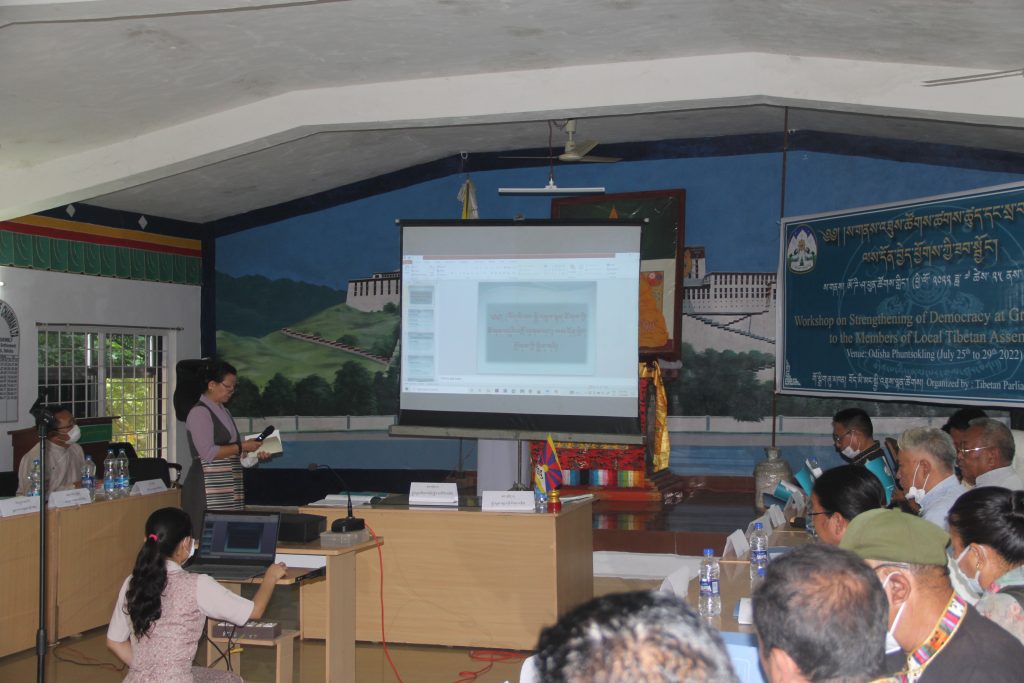 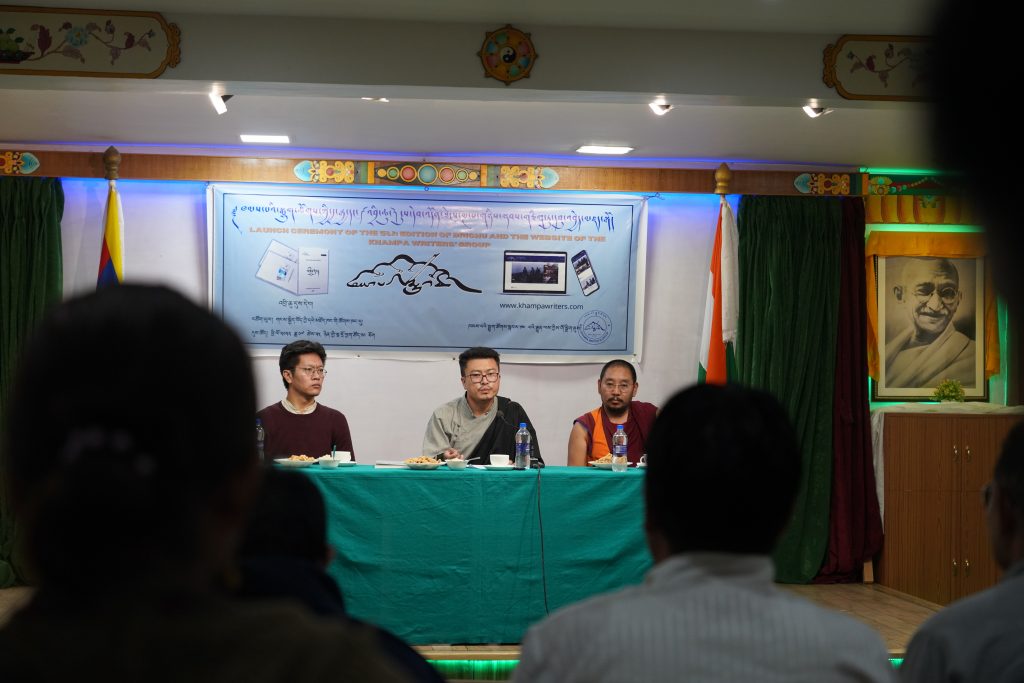