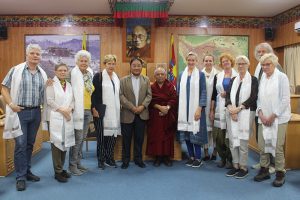 Speaker Pema Jungney and Deputy Speaker Acharya Yeshi Phuntsok along with members and donors of International Campaign for Tibet Europe on 31 October, 2019

The Speaker and Deputy Speaker thanked ICT for organizing campaigns for Tibet on international platform and for supporting Tibet issue until now.They explicated on the evolution of Tibetan democratic polity, and features of unicameral system of democracy or no-party system.

Thereafter, they also explained the two sessions of the 16th Tibetan Parliament-in-Exile, i.e. Budget Session in March and General Session in September and the Standing Committee, which is divided into three sections, i.e. Gundrel (Finance), Political and Administration.

They then spoke on the visitation program of Tibetan Parliament-in-Exile to different countries to meet officials, lawmakers, and think tanks to garner support for the cause of Tibet.

Speaker and Deputy Speaker also talked on the 153 self-immolation of Tibetans and expressed concern over the critical situation inside Tibet.

They spoke on the memorandum submitted during the 8th round of dialogue between the envoys of His Holiness the Dalai Lama and China on gaining genuine autonomy for the Tibetans.

Members and donors of International Campaign for Tibet, Europe asked questions related to Tibet’s issue to Speaker and Deputy Speaker and they assured their full support for the cause of Tibet.

Finally they visited the Parliament hall. 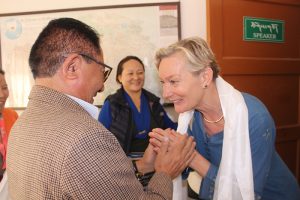 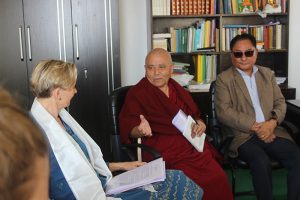 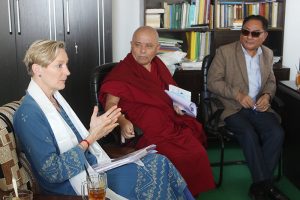 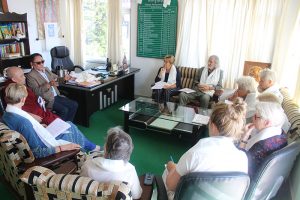