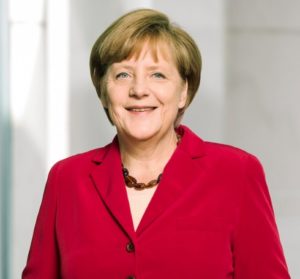 He wrote, ‘ As the first female Chancellor of Germany, you have set a mark of inspiration and motivation for the women all over the world. Your constant victory is clearly reflective of the charismatic leadership quality of yours and the hopes and the trust of your people.’

He took this opportunity to proffer his gratitude to her and her government for ‘being supportive in preserving the cultural identity of Tibet and for the peaceful resolution of Tibet’s issue through Middle Way Approach.’

‘Regardless of Chinese criticism, your unwavering reverence towards His Holiness the 14th Dalai Lama and the cause of Tibet will always remain in our heart,’ he wrote.

She became the first female chancellor in Germany after winning the election in 2005.