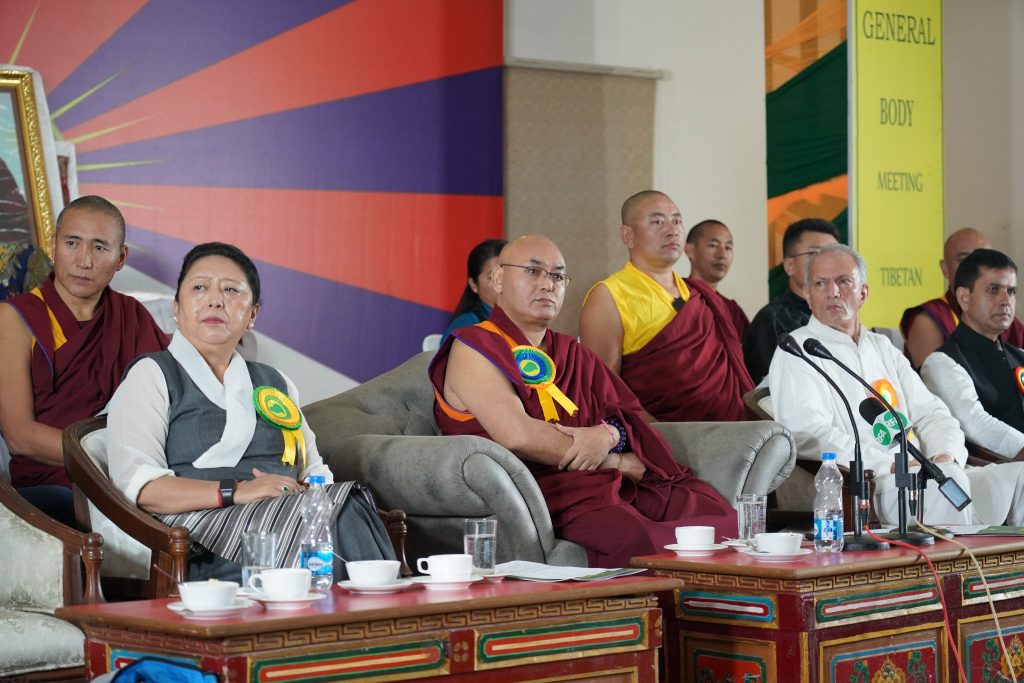 The opening ceremony was attended by Speaker Khenpo Sonam Tenphel as the Chief Guest, and Kalon Gyari Dolma of the Department of Security, CTA; Shri Ajay Singh Mankotia, former President of Indo-Tibetan Friendship Association (ITFA), and Shri Ajit Nehria, President of Dharamshala Indo-Tibetan Friendship Association as special guests. Also in attendance were members of the Standing Committee, heads of the NGOs, and participants of the meeting from 45 regional chapters of Tibetan Youth Congress. 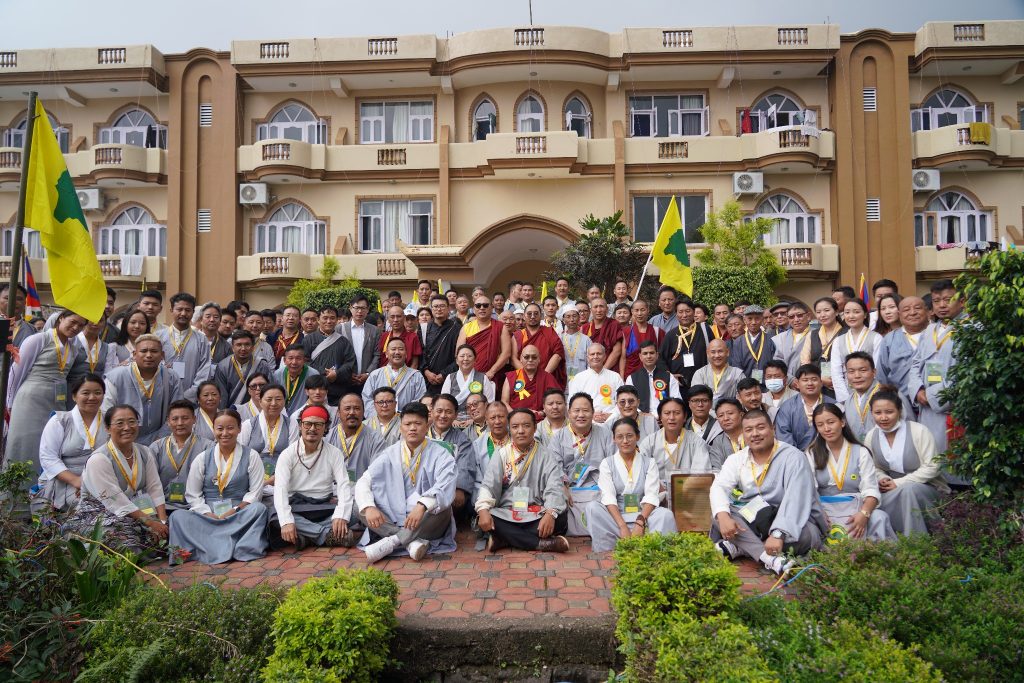 The ceremony started with lighting of butter lamps by the chief guest, special guests, and TYC President, followed by singing of Tibetan and Indian national anthems and TYC unity song. Highlighting on mainly three points, Speaker Khenpo Sonam Tenphel in his address, spoke on the situation of Tibetans inside and outside of Tibet, changing political dynamics of China, and status of international politics. 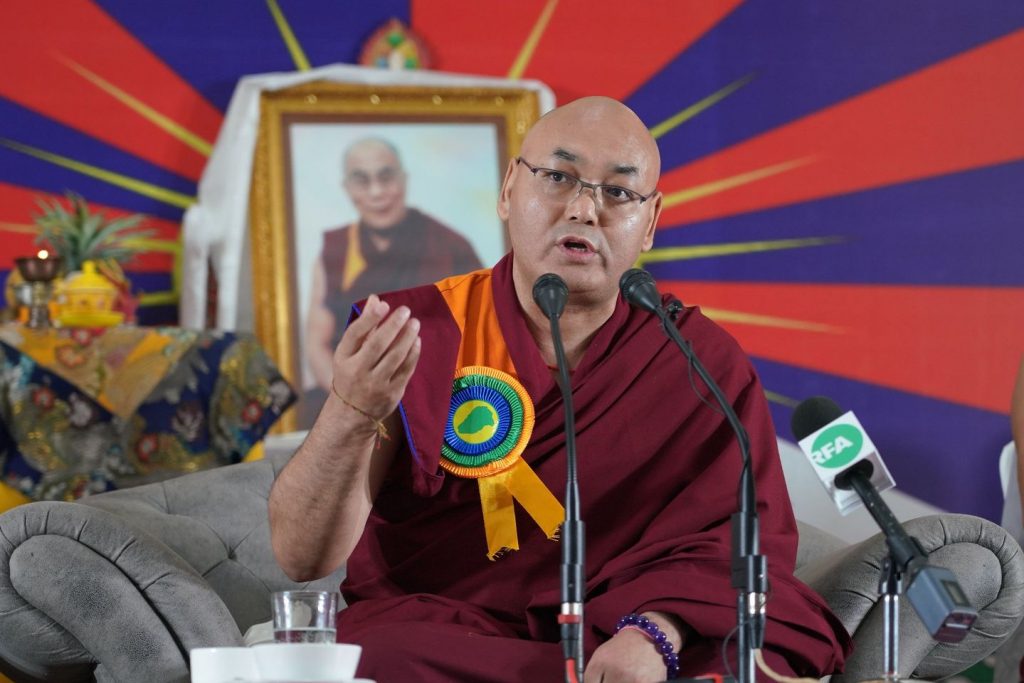 He stressed on the need of upholding the momentum of the Tibetan struggle that has been going on for more than six decades. Especially with the current situation of Tibetans in Tibet, he applauded their heroisms, sacrifices, and their well-planned activism like the White Wednesday movement (Lhakhar) and others. As His Holiness the Dalai Lama always says that faith and commitment embraced by the Tibetans inside of Tibet has always been consistent and unwavering. Therefore, Tibetans should consider discussing the future trajectory of Tibetan struggle if it should be based on the ideas of Tibetans inside of Tibet or outside of Tibet. 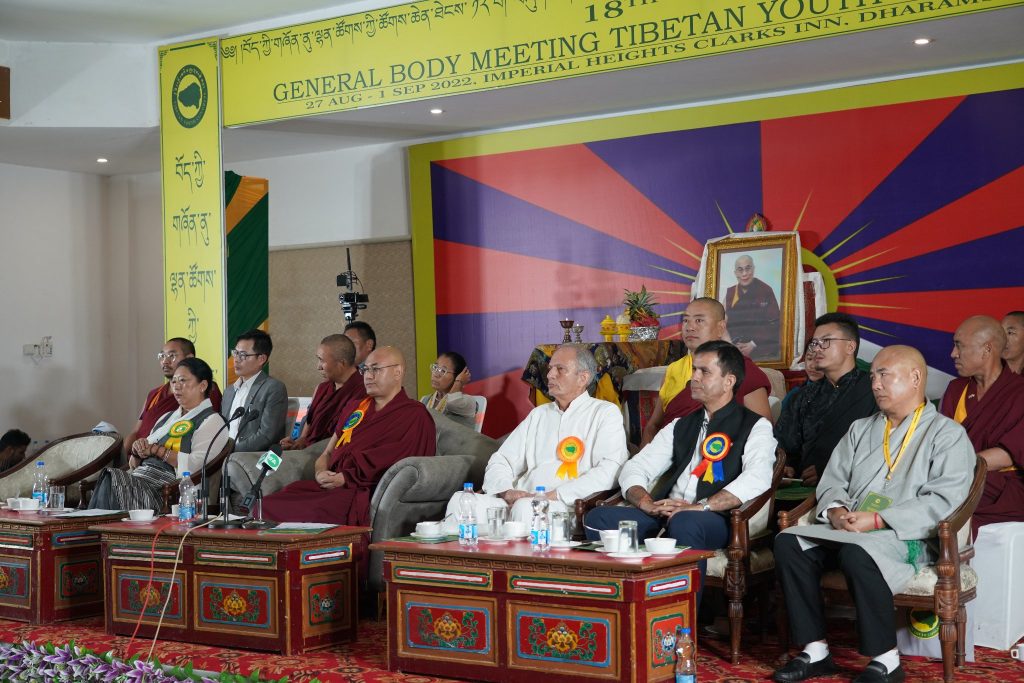 Even though the situation inside of Tibet is still deteriorating with Tibet’s distinct language, culture, and religion getting wiped out due to the sinicization policies implemented by the Chinese government. Tibetans inside Tibet have the strongest faith in the Central Tibetan Administration and the exiled Tibetans but recently there has been a risk of losing their confidence due to the Tibetans in exile’s way of doing. Therefore, he encouraged Tibetans in exile to considerately accept minor disagreements in the community for the good of the larger Tibetan community and the common cause of Tibet. Instead, Tibetans who are led by magnanimous leaders like His Holiness should be working unitedly for the common aspirations and struggle by discussing the few minor disagreements with an open mind. 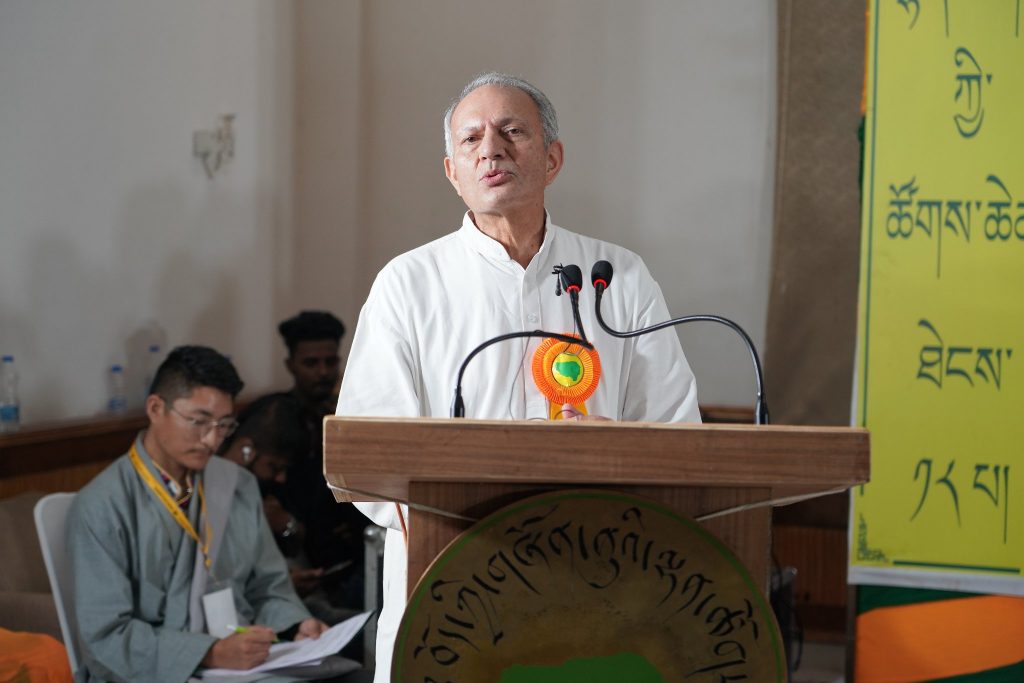 Speaking on the changing political dynamics of China under the dictatorial rule, the Speaker spoke on the political disagreement that happened between the Chinese leaders Xi Jinping and Bo Xilai resulting in latter’s disappearance from the political scenario and subsequently with China undergoing significant political and economic stress with experts even claiming chances of people’s revolution in China. Therefore, if there occurs a considerable change in the current politics of China then what would be the Tibetans’ plan and future course of action. Recently, His Holiness the Dalai Lama, at Ladakh, has given a strong public address related to politics that needs to be kept in mind by all the Tibetans. China might also face the same fate as the USSR, if so, what would be Tibetans’ stand with the changing political dynamics of China. Tibetans should discuss ways to address these circumstances. 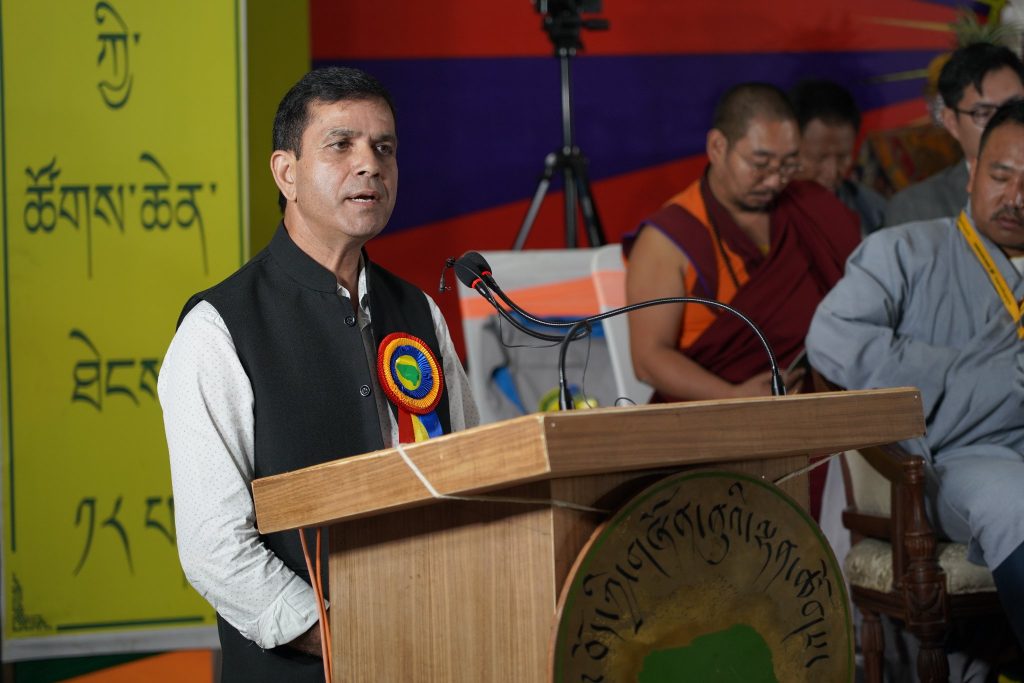 Likewise, he also reiterated on the importance of including Tibet’s issue in international politics and spoke of the recently held 8th World Parliamentarians’ Convention on Tibet in Washington DC which was organized by the Tibetan Parliament-in-Exile with support and assistance provided by Kashag (Cabinet). The executive and the legislative jointly organized such an esteemed conference which was attended by Hon. Nancy Pelosi, the Speaker of the US House of Representatives, and many more influential dignitaries and parliamentarians from 28 different countries. Unlike previous WPCTs, this conference had participation of MPs from South America. Moreover, recently Tibet’s issue was raised during the G7 summit which is very commendable and Tibetans should strive on bringing Tibet’s issue on the discussion of G20 summits and Quadrilateral Security Dialogue (Quad). 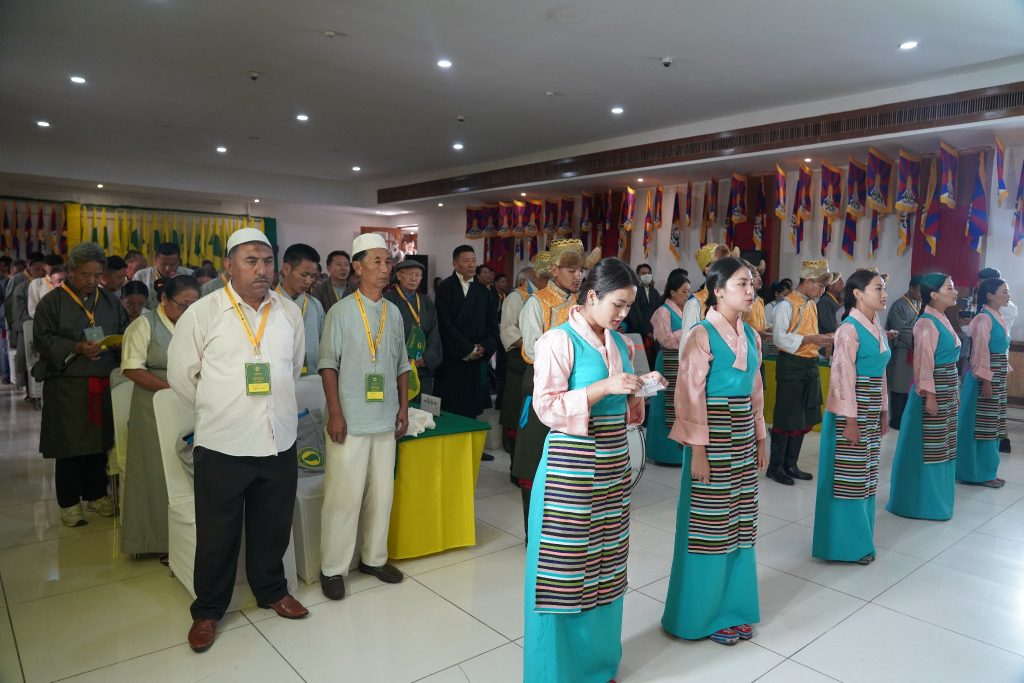 Also at the ceremony, the Speaker honored Dr. Tseten Sadhutsang and Dr. Tsewang Tamdin (personal doctors of His Holiness the Dalai Lama) with awards for their social works and former TYC President and former Tibetan MP Tsewang Norbu with Rangzen awards. Likewise, regional TYC chapters of Delhi, Poanta and Bir were honored with awards for their distinctive works by Kalon Gyari Dolma and working committee member Migmar who have been serving at the regional Dharamsala TYC for more than 15 years was honored with award by Shri Ajit Nehria. Similarly, Vice-President Lobsang Tsering of the TYC was honored with award by Shree Ajay Singh Mankotia for his more than 15 years of service at the TYC and RTYC. The opening event concluded with TYC Vice President Lobsang delivering the thank you note.