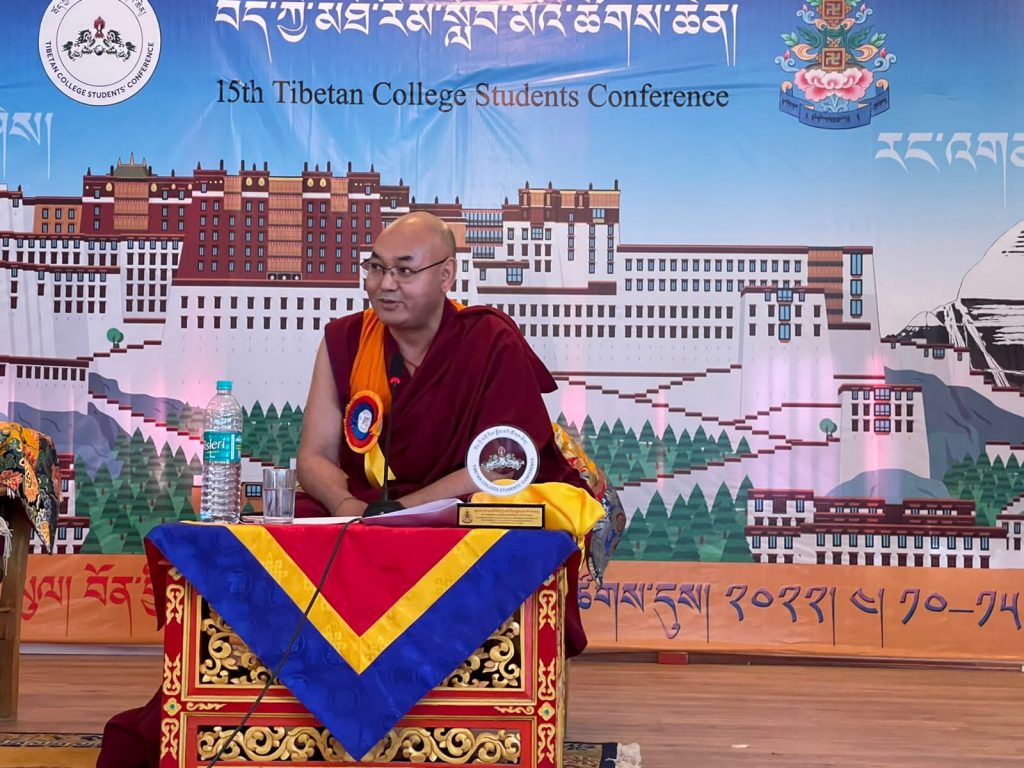 Menri Ling: Speaker Khenpo Sonam Tenphel of the 17th Tibetan Parliament-in-Exile attended the closing ceremony of the 15th Tibetan College Students’ Conference as the Chief Guest at Menri Ling on the 15th of April 2022. The closing ceremony was also graced by Kyabje Menri Ponlob Trinley Nyima Rinpoche as the special guest.

Greeting the Tibetan students who have come from faraway places to discuss and exchange ideas at the five-day conference there, the Speaker lauded the resolution passed at the conference and advised them to follow up on the same. He further advised them to pay extra attention to the teachings of gurus from different traditions of Tibetan Buddhism and that of Bon which are abundantly available on the internet these days.

Speaking on the importance of Tibet’s distinct culture, he explained how different traditions were established considering the need of the hour at that time citing examples of Tibetan opera or Ache Lhamo which were formed as a means to raise funds for constructing iron bridges at the time of yogi Thangtong Gyalpo.

He further added that with the blessing and guidance of His Holiness the Dalai Lama and the hard work of the elder generation, Tibet’s traditional five major and five minor sciences of studies are available for the younger generation to study in exile in addition to the modern education. Therefore, he advised each and every student there to strive for achieving perfection in any field of study. Similarly, the Speaker advised the students to study Buddhism by putting special emphasis on keeping a warm-hearted and compassionate heart for the benefit of ourselves and for others in today’s conflicting world.

While speaking on the critical situation inside Tibet with the Chinese government wiping out Tibetan culture, he concluded adding  “As we Tibetans are political refugees, we have an extra responsibility to do our bit in making a contribution towards the common cause of Tibet.”

The organizing committee presented an award of gratitude to the Speaker. 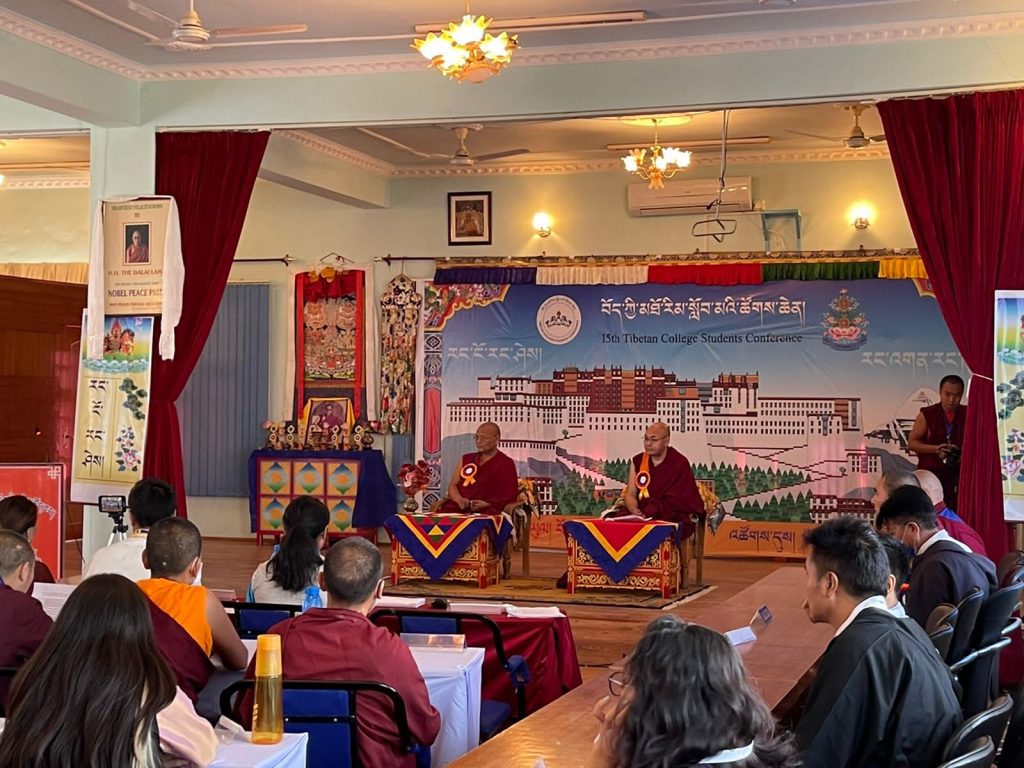 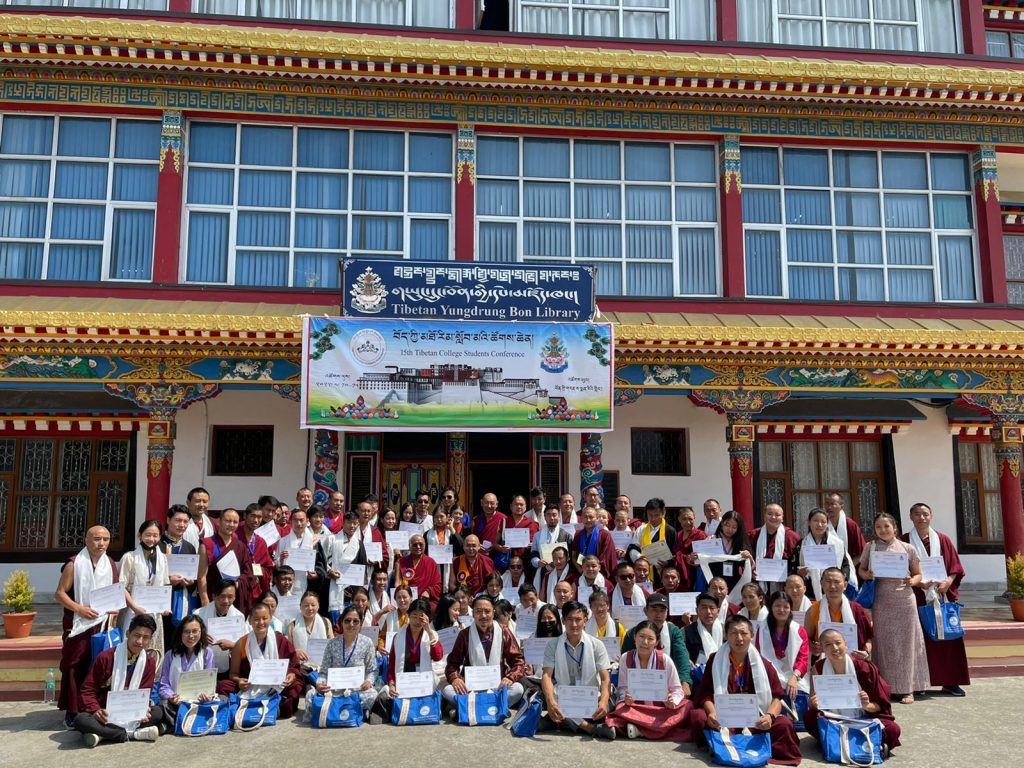