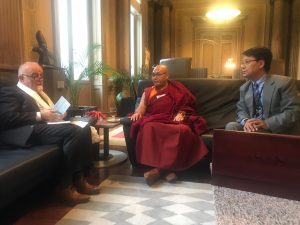 Khenpo Sonam Tenphel, Speaker of Tibetan Parliament-in-Exile, Dharamsala arrived in Brussels, Belgium on 18th night and was received at the airport by Representative Tashi Phuntsok, his staff and Tibetan community leaders.

His schedule was packed with meetings with parliamentarians. On the first day he met with the Speaker of Flemish Parliament, Mr Jan Peumans. Later in the afternoon he met with Senator Ms Sabina de Bethune.

In all his meetings the Speaker drew the attention of the parliamentarians on the critical situation in Tibet. Human rights, including that of freedom of speech, expression, association and religion are utterly trampled upon in Tibet. Tibetan environment is victim of unregulated exploitation, including mining, unchecked building of hydro-electricty plants and massive projects of railway constructions into Nepal across the Himalayas and the southern nine-year project of line from Chengdu. Tibetan self immolation is continuing and that next year it will be sixty years of Tibetan  exile. In view of all these critical factors, he appealed all to actively engage to make the Middle Way Approach a viable instrument of resolving Tibetan issue with China.

The parliamentarians in their response, assured him that as they had been committed to Tibetan issue before, they would continue to support in future also. Almost all of them recounted their experience of Chinese pressure on them because of their connection with Tibet and Tibetan issue. Some recalled how they have been black-listed by Chinese authorities, including refusing visa to go to China even to a child of an MEP. Many detailed the extreme impunity with which China openly and aggressively pressurise around the world – to the utter consternation and derision of those who observe decency of international norms of protocols. The global push back against China was apparent and widespread. Therefore, all of them wished Tibetans success and good luck. On their part they would lend their shoulders for support for Tibet, they assured.

After a fruitful trip to Brussels, Belgium and he has arrived today, 21st November, in Paris. He was accompanied by Representative Tashi Phuntsok and his staff and were received by Mr. Namgyal Samdup, Coordinator, Bureau du Tibet, Paris and Tibetan community leaders in France.

The programme in Paris is also focussed with the legislative bodies. He will have meetings with Tibet groups in Senate and National Assembly of France.

Report filed by d by Office of Tibet, Brussels 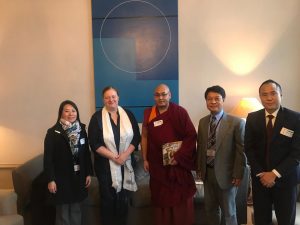 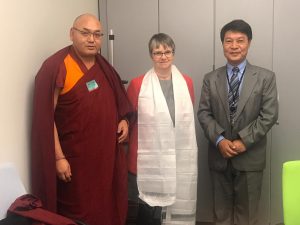 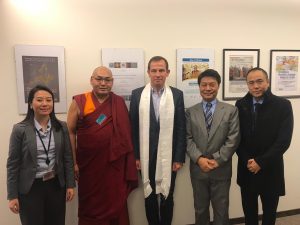 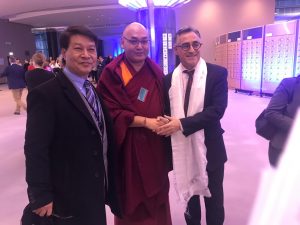 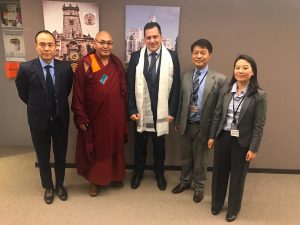 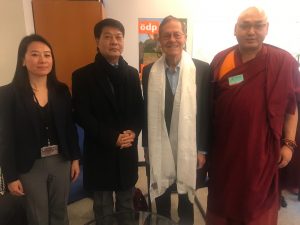 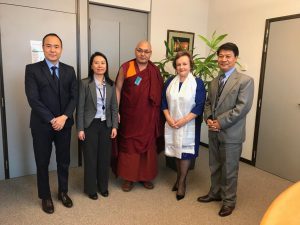 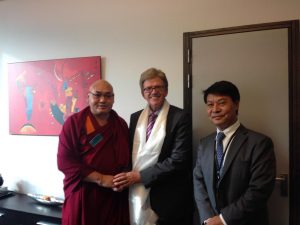