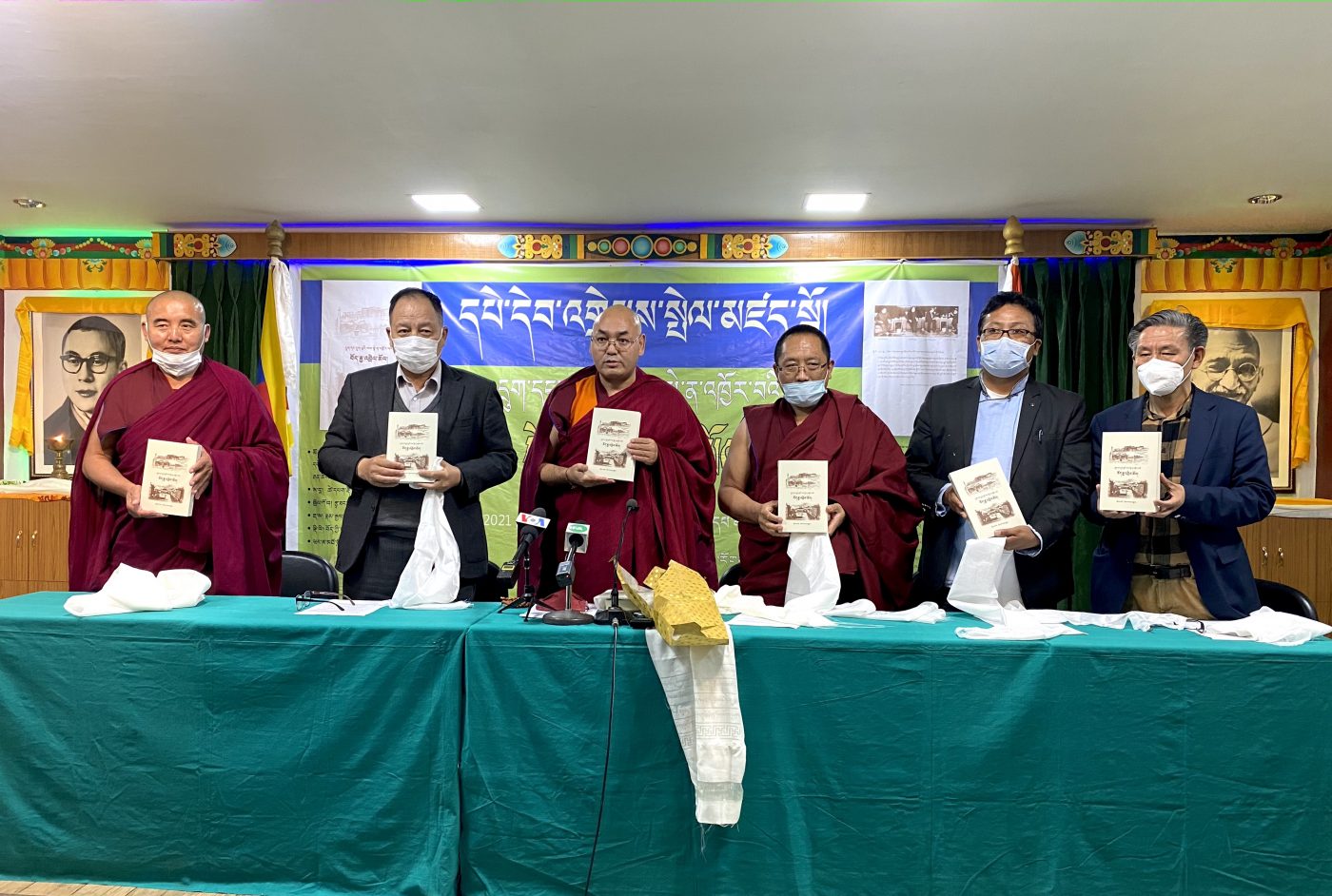 Speaker Khenpo Sonam Tenphel along with other guests during the book launch.

Dharamsala: Khenpo Sonam Tenphel, Speaker of the 17th Tibetan Parliament-in-Exile, launched a book entitled ‘Sino-Tibetan Negotiation: Tottering at the End of 6-60 Long Way’ in the hall of the Library of Tibetan Works and Archives (LTWA) on 8th December 2021.

The book authored by Sherab Dhargyal contains 599 pages, categorized into 34 chapters, covering the historical background of Tibet and events that paved the way for the Sino-Tibetan Dialogue. 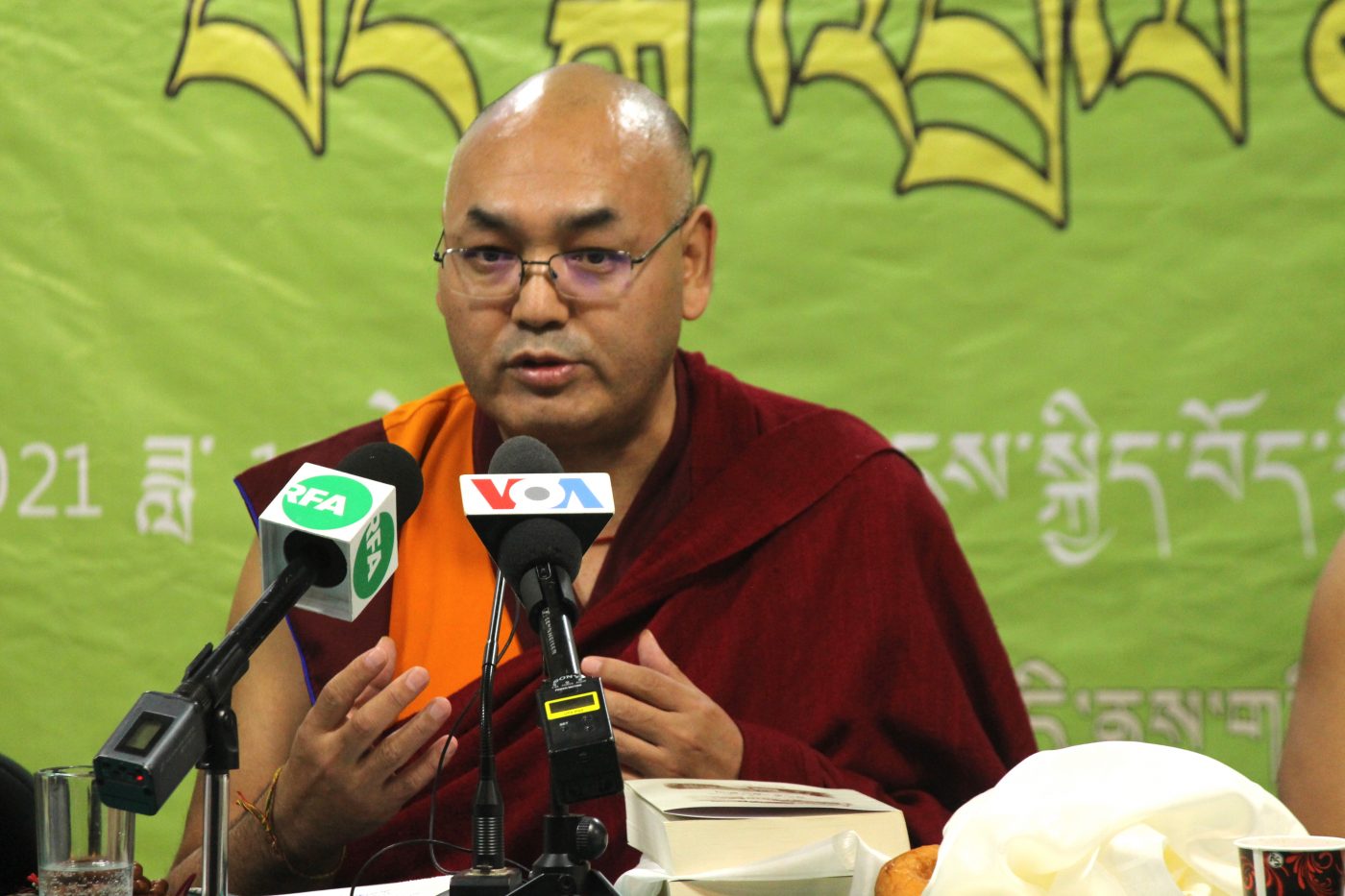 Speaker in his keynote address shared his encounter with Kungo Gyalo Thundup during the first Special General Meeting of Tibetans and acknowledged Kungo’s contribution in steering the Sino-Tibetan negotiation. He spoke on the significance of the book and lauded the writer and the sponsors for their roles in publishing the book. He further spoke on the importance of dialogue and diplomacy in promoting peace in today’s world where countries’ militaries are mightier than before and said that we can hope for the peaceful resolution of Tibet’s issue through negotiation without discarding the historical fact at the same time being pragmatic in finding a viable solution.

Speaking on the monumental significance of His Holiness the Dalai Lama on the Sino-Tibetan negotiation, the Speaker advised on the need for preparedness from our side, in any given situation, if the dialogue is not resumed during His lifetime.

With the growing impact of the internet and social media in today’s world and the negative effect caused by maligning public figures and leaders of the exiled Tibetan community, the Speaker told that this sort of baseless slandering can cause serious damage to the credibility of Tibetan representative if an opportunity arises for negotiation. He further said that each and every individual Tibetan, in their own way, has responsibility for carrying forward the Sino-Tibetan negotiation.

This book authored by Sherab Dhargyal has been published with the financial support from Gyetsang Kelsang Dhamchoe, Hortsang Namkha Tenzin, and Nangra Tabey. The author of the book, Sherab Dhargyal, was born in 1967 in Chenza Tsongon in Amdo province to Father Logen and Mother late Phagmo Thar. He started his education at the early age of seven and later joined Tsa Merik Middle School. In 1985, he furthered his monastics education from Tashi Choeling and excelled in many of the traditional Tibetan educational fields. In 1988, he came to exile in India and continued his education at Dharamsala and Drepung Monastery in South India. While studying he also did teaching and was an editor at the Tibet Times magazine. In 2000, he went to the US and continued his exploration of western culture and wrote three volumes of books called ‘A story of travel to the west’ and many others. Until today there are more than 20 books written by Sharab Dhargyal. 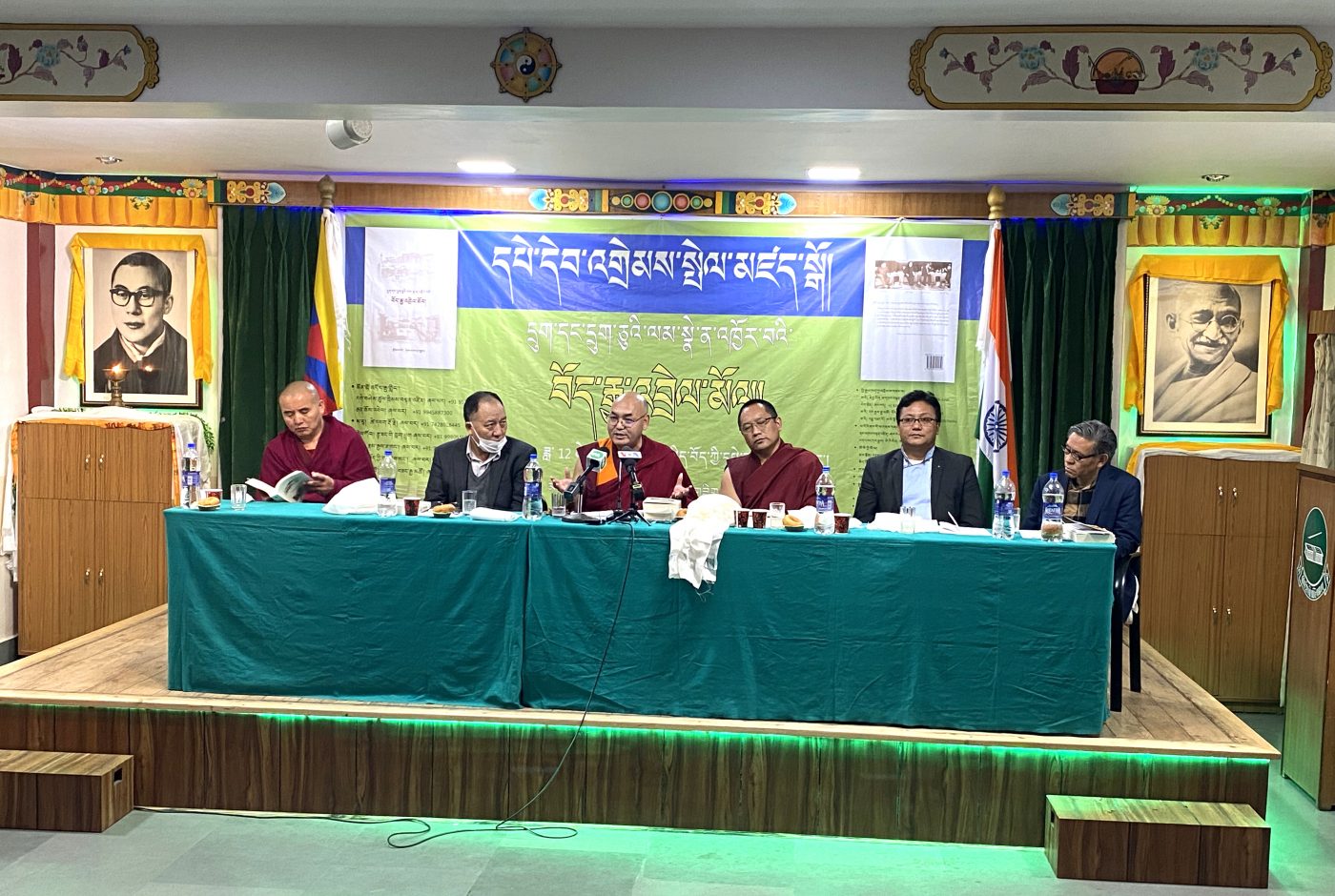 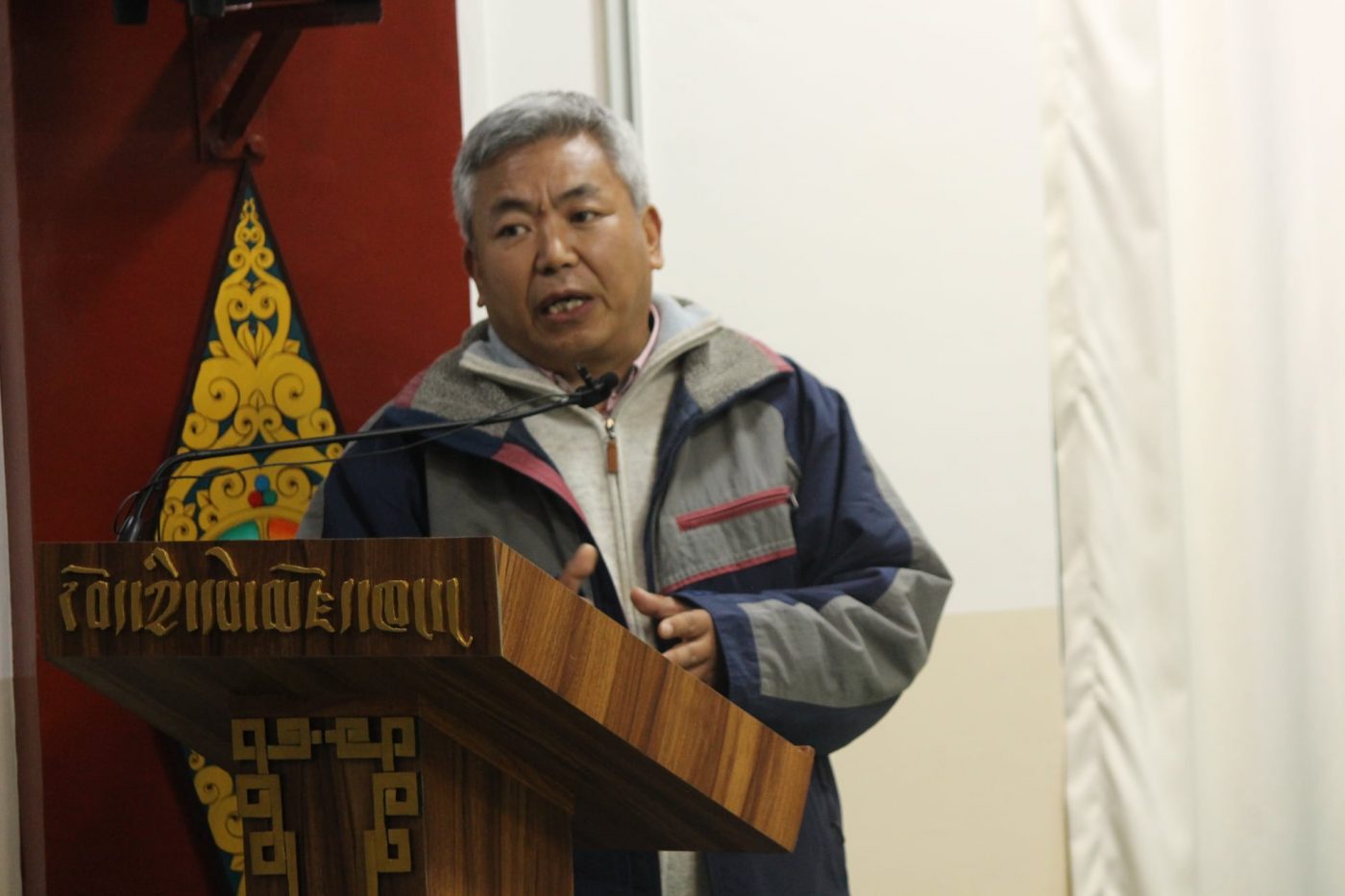 Mr. Sherab Dhargyal, author of the book speaking at the book launch event. 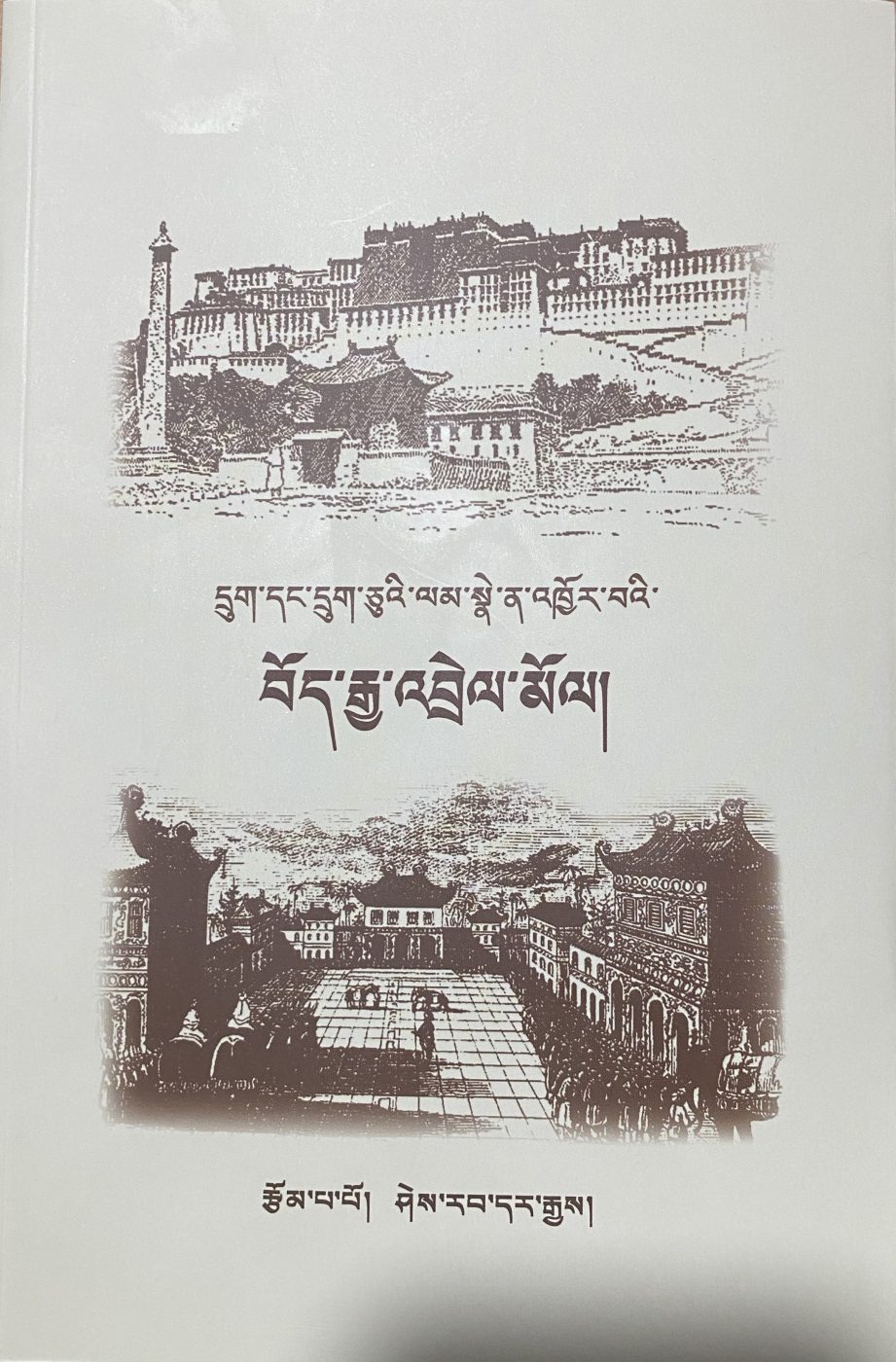 The book entitled ‘Sino-Tibetan Negotiation: Tottering at the End of 6-60 Long Way’.