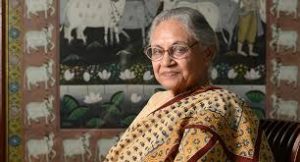 In the condolence letter, Speaker expresses sadness over the demise of former Delhi Chief Minister Sheila Dikshit, an irreparable loss for the people of India and Tibetans, and offers condolence to her son Mr. Sandeep Dikshit’’

Speaker wrote “Her contribution to the welfare of the people and government of India during her leadership as a member of the Parliament, Union Minister of Indian Government and as being the longest-serving Chief Minister of Delhi was exceptional.’’

He further wrote, “ Smt. Sheila Dikshit ji was a staunch supporter of the Tibet cause and was a devotee of His Holiness the Dalai Lama. ”

He also wrote “ The Tibetan Parliamentary Delegation also had the opportunity to meet her time and again in Delhi. We are eternally grateful for her support and assistance to the Tibetan and our cause. ’’