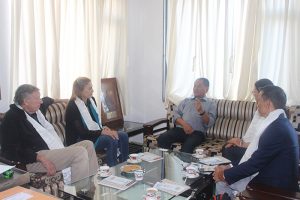 Dharamsala: Speaker Pema Jungney of Tibetan Parliament-in-Exile meets Mr. Richard Blum, a long time Tibet supporter from the US along with Mr. Tsering Dorjee, Field and Logistic director of American Himalayan Foundation and Ms. Tenchoe Gyaltso, former member of Tibetan Parliament on 8 October 2019 in his office.

During the meeting, Speaker thanked Mr. Richard Blum for supporting the Tibetans and Tibet issue since 1972 and then explained the features of unicameral system of Tibetan democratic system.

He also briefed on changes in the composition of the members of Tibetan Parliament-in-Exile, critical situation inside Tibet, the 153 self-immolations inside Tibet, etc. 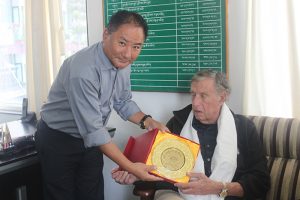 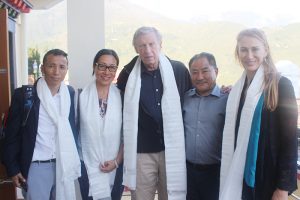