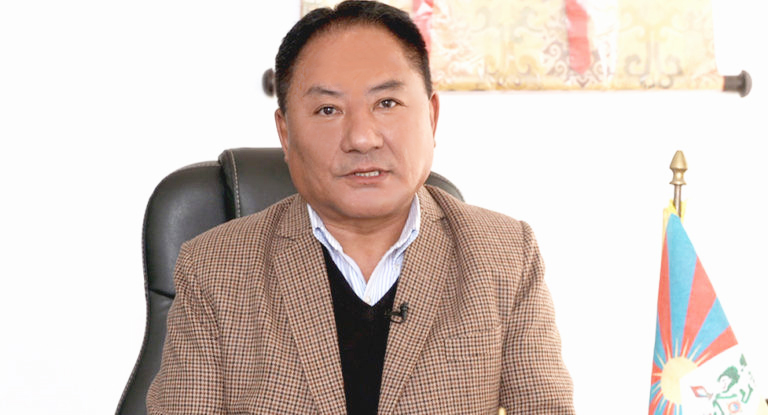 Dharamsala: Speaker Pema Jungney on behalf of Tibetans in and outside of Tibet and the 16th Tibetan Parliament-in-Exile expressed his heartiest and sincerest gratitude to the US Congress and the US government for the bold commitment on the unanimous passage of the Tibet Policy and Support Act (TPSA).

In a gratitude letter to the US Vice-President Mike Pence, who is also the President of the US Senate, Speaker Pema Jungney wrote, “It is with profound gratitude that I am writing to you to express how ecstatic and grateful we are to learn the unanimous passage of the Tibetan Policy and Support Act (TPSA) in the US Congress. The TPSA bill supports the maintenance of the human rights and religious freedom in Tibet and it states that all the decision making in the process of selecting the successor to the Dalai Lama shall solely remain with the authority of the current Dalai Lama, the Tibetan Buddhist leaders and the Tibetan people. It also conditions that the Chinese government officials who interfere in the succession of the Dalai Lama shall be held accountable and could be sanctioned and interdict from entering the United States. It urges the U.S. government to deny authorization of any additional Chinese consulates until the U.S. consulate is permitted to be established in the Tibetan capital of Lhasa.”

“Hence, on behalf of the Tibetans living in and outside of Tibet, the 16th Tibetan Parliament-in-Exile, I would like to extend my heartiest and sincerest gratitude to you and the US government for this bold commitment on the unanimous passage of this significant bill.”

“It is a historic and a momentous achievement to the Tibetans all over the world. It sends a very clear message that the US Congress stand with the truth, justice, and humanity. It proves that the United States of America will continue its staunch and steadfast support to His Holiness the Dalai Lama and the Tibet’s cause.”

“This bill instilled a deep hope for all the Tibetans around the world and especially for those Tibetans who are continuously suffering under the repressive Chinese policies. We Tibetans are deeply indebted to the government and people of the United States of America for their unwavering support and kindness extended until now. We appeal you to continue with your support till our long standing issue is resolved.”

“Likewise, we would like to thank all those who have worked and contributed towards the passage of this bill and would like to appeal other countries to adopt such kind of legislation in their respective parliaments.”

“We are hopeful for the smooth passage of this bill to the US President to sign into a law,” concluded the Speaker.