Paris, 24 November 2018: On a lovely sunny winter after-noon of November 21, Ven. Khenpo Sonam Tenphel, Speaker of the 16th Tibetan Parliament-in-Exile, arrived at Paris by Thalys, the French-Belgian high-speed train, where he was accorded a warm reception by the staff of Bureau du Tibet, Paris, and Tibetan Community leaders in France. 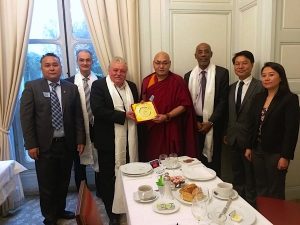 The following morning, the Speaker was received by the Tibet Group in the French Senate for a working breakfast. Despite the ongoing Committee meetings that morning and despite having finished their Committee work at mid-night the previous night, the Senators found time to meet and exchange with the Speaker. During the meeting, the Speaker briefed them on the critical situation in Tibet where basic human rights of the Tibetan people are being continuously violated by the Chinese authorities with impunity. He also drew the attention of the Senators on the dramatic deterioration of the Tibetan environment, massive population transfer with the construction of the railway line connecting Chengdu and Lhasa and the continuing self-immolation in Tibet. And since 2019 will mark 70 years of occupation of Tibet by China and 60 years of His Holiness’ arrival into exile, the Speaker urged them to actively support and engage in resolving the non-violent struggle of the Tibetan people. 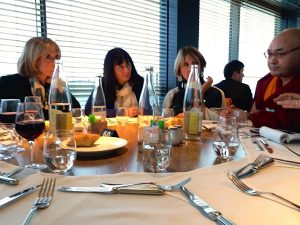 In the afternoon, the Speaker called on the Tibet Group in the French National Assembly for a working lunch. President Madame Toutut-Picard received him and other members of the group joined them, afterwards. They engaged in discussions over the most critical issues of concern and effective ways to address them. 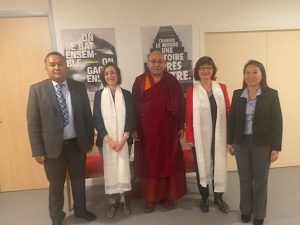 On Nov 23, the Speaker met with Ms Cécile Coudriou, President of Amnesty International, France, and her colleague responsible for China. They engaged in an hour-long candid and constructive discussion.

The Parliamentarians and the representatives of the International NGO re-assured the Speaker of their continued support and strong commitment despite intense pressure from China.

After successfully concluding the three Nation European Tour, the Speaker is scheduled to depart for India on 24 November 2018.