Dharamsala: Chaired by the Speaker Mr. Pema Jungney, the third day of the 10th session of the 16th Tibetan Parliament-in-Exile began at 9:30 AM with the continuation of the debate on the Official Solidarity motion on the critical situations inside Tibet from the previous day. The deliberation partaken by 26 Parliamentarians yet again highlighted the significance of unity among the exiled Tibetans and the urgency of campaigning ‘Boycott Beijing Winter Olympic’.

Today’s morning session also witnessed some other important issues like China’s attempts to brainwash young and bright Tibetans by sending them to mainland China in the name of “education”, forceful relocation of Tibetan traditional nomads without an uncertain livelihood and inadequate life skills, Swiss Parliament’s passage of postulate instructing the government to report on the situation of Tibetans in Switzerland and implementation of human rights dialogue with China, etc.

Discussing the environmental issues in Tibet, Parliamentarians opposed China’s claim of building a so-called eco-friendly dam across the Yarlung Tsangpo in an earthquake zone in Tibet called Metok. Likewise, other matters like lack of patriotism among the younger generation of exiled Tibetans and the need of educating them, restriction of religious activities & gatherings, etc. were discussed. Some Parliamentarians also appreciated the widespread broadcast of the Tibet issue on national televisions of India and other countries across the world which has helped in spreading mass awareness.

The discussion on the motion of official solidarity will continue in tomorrow’s session. 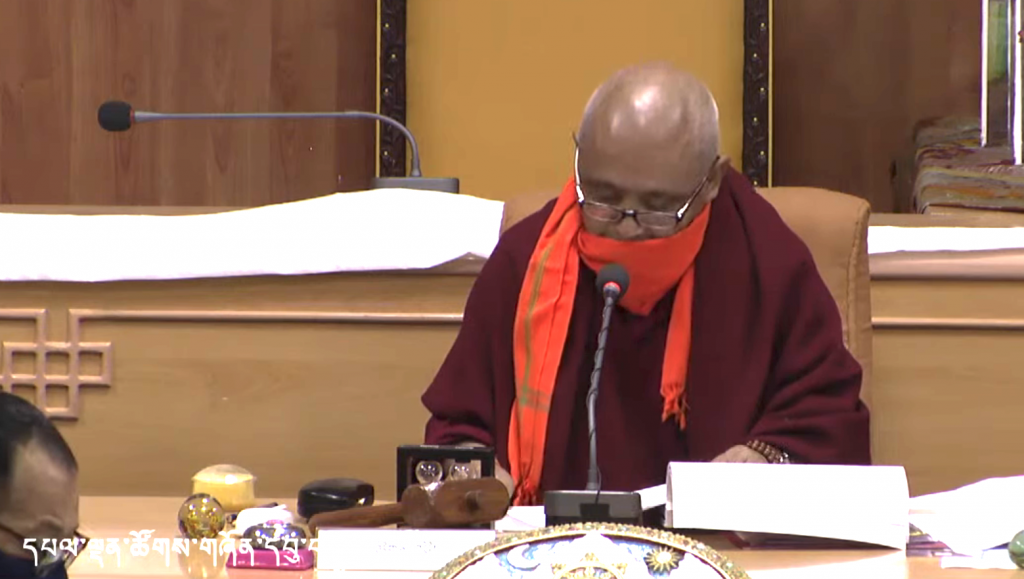 Chaired by the Deputy Speaker Ven. Acharya Yeshi Phuntsok, the afternoon session commenced with the continuation of discussion and approval on 2021-2022 proposed budget of Kashag Secretariat from the previous day with clarifications from the Sikyong Dr. Lobsang Sangay. 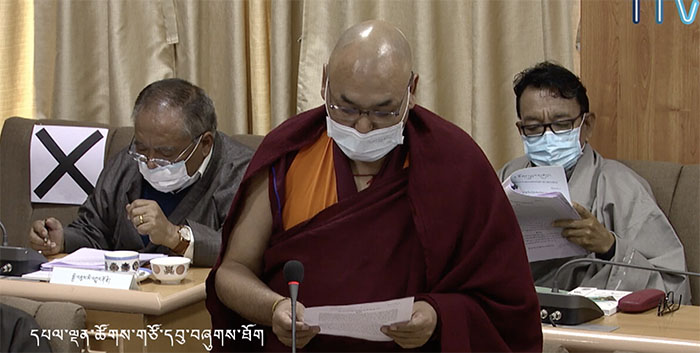 Many of the Parliamentarians lauded the TPI’s work in research and reports, while some suggested expanding the scope of research studies by inviting Tibetan law graduates, Tibetan women doctorates, and other Tibetan scholars to join the research institute. Recommendations on other research subjects such as the unique cultural ties shared by peoples of Tibet and the Himalayan region and engaging with countries in South East Asia on the importance of Tibet’s environment was also raised.

Discussion and sanction on the 2021-2022 budget of the remaining departments and offices under the Central Tibetan Administration will continue in tomorrow’s session.