Tibetan Parliament Appeals UN to Reaffirm its Commitment on Tibet 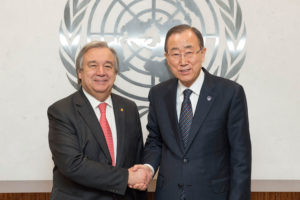 DHARAMSHALA: In a letter addressed to the newly appointed UN Secretary-General Hon’ble Antonio Guterres, the Tibetan Parliament-in-Exile on Monday appealed UN to reaffirm its commitment and conviction on the resolutions adopted by the UN General Assembly on Tibet.

“The situation inside Tibet under the Chinese government’s intensive political repression continues to remain grim and alarming despite China’s lofty claims of having liberated and develop Tibet for the past 66 years. Since 2009 over 145 Tibetans in Tibet has resorted to self-immolation in protest against the China’s rule in Tibet, calling for freedom in Tibet and to allow His Holiness the Dalai Lama to return to Tibet. Therefore, we are optimistic on the resumption of Sino-Tibet dialogue and the resolution of the Tibet’s issue during your term,” the letter stated.