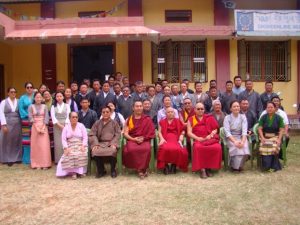 Kollegal: A five-day thorough Workshop on Strengthening of Democracy at grass root level to the members of Local Tibetan Assembly which commenced on 24 June 2019 with more than 60 registered participants from Kollegal, Hunsur, Lugsam and Dickyi Larsoe, Bylakuppe at Dhondeling Tibetan Settlement, Kollegal successfully concludes today. 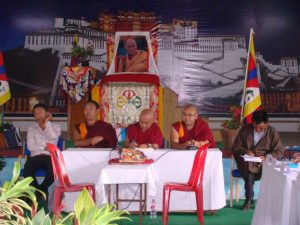 The last two days of workshop on 27 and 28 June were executed like an actual Local Assembly Session, starting with serving of Tibetan Ceremonial sweet rice and butter tea followed by Tibetan National Anthem.

During the mock session, the sessions were chaired by Chairman, Vice Chairman and other members of Kollegal and Hunsur Local Tibetan Assembly.

Bill, legislative amendment, official resolutions were tabled and questions were raised by Participants to which clarifications were provided by Settlement Officers of Hunsur, Dickyi Larsoe and Lugsam Settlements. 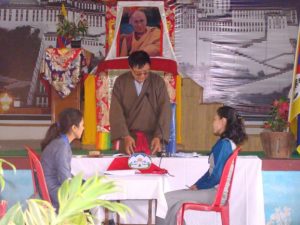 At the end of workshop, Participants expressed their appreciation towards Tibetan Parliament-in-Exile for organizing the workshop. They also urged the resource persons to organize similar workshops in future. The workshop on Strengthening of Democracy at grass root level to the Members of Local Tibetan Assembly at Kollegal was thus successfully concluded today. 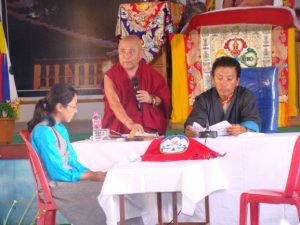 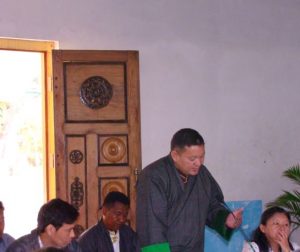